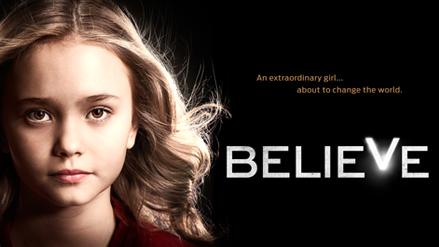 So David mentioned that David and I wanted to talk about the new show we discovered called Believe that we were really enjoying. But of course when I went to look at when it premiered what do I find out except that it got cancelled on May 9. The show had only started on March 10 and two months later it has been cancelled. I think it didn’t have the best chance partly due to it’s time slot, Sunday night is usually not a great starting night for a tv show. It just seems sad because this is the second decent science fiction show, in my humble opinion, to have been cancelled. Almost Human, a show about the police force in the future and the human / robot relationship between a forced police partnership. The relationship between Kennex and Dorian was so good and it had so much potential, but it just did not hit its stride. Shows get cancelled for a variety of reasons and Science Fiction shows seem to have a tougher time getting an audience. Both of these shows got cancelled, but I think of some of the problem was how they were handled.  END_OF_DOCUMENT_TOKEN_TO_BE_REPLACED