It’s true! This was the holiday weekend, back in 2013, that we started up Comparative Geeks and got this whole thing going. We’re now coming off of by far our longest hiatus, and it’s good to be back! Hopefully you’ve noticed that the podcast is back – remember you can subscribe to that on iTunes or find the feed here: http://feeds.feedburner.com/ComparativeOpinions

At this point in our lives, now with the Geek Baby and the Nerd Baby, the podcast is by far the easiest thing for us to do. It takes that back-and-forth discussion time that we tended to put into posts and turns it into a process where you can join along! Hopefully you’ve given us a listen and enjoy it – let us know what else you’d like to see us doing with that. Week in Geek should be back soon, a news podcast is a bit daunting after a hiatus, I must say!

We did have a Star Trek post go up Saturday by Hannah – hopefully you caught that! And we’ll try to keep some written content coming, it’s just gotten harder to find the time! That should improve with time.

Meanwhile, David had thoughts of trying to dive back into The Astral Chronicles, but is now not sure. Spending these 5 years as media consumers and critics, he’s realized he’s spent a lot of time saying what he likes to see is new stories – and maybe The Astral Chronicles isn’t quite there. This is leading to thoughts of a more  commentary/non-fiction webcomic, rather than a story-based fiction webcomic. Stay tuned!

In the coming months we’ll also probably make the transition back to WordPress off of our self-hosted site. Life got too busy not only for us but for all of our contributors, making the push to really grow the site too much to sustain. That’s okay – we’re happy still with where we’re at right now! Thanks for sticking with us, dear readers.

A Pause, A Reflection

Happy Birthday to me!

It’s my birthday, and has become our tradition, I am just writing whatever I want for my birthday. Which, as has been fairly pointed out, isn’t much different from any other day of the year.

Except lately, it is different. A little while back, I finally broke down, gave in, and stopped putting out articles, blog posts, and fillers, on a daily basis. I was keeping the dream alive, but with Holly dealing with pregnancy, and one by one our contributors having other parts of life to contend with, it was down largely to me – and I wasn’t doing a very good job of it.

It being my birthday, I am in particular doing the sort of “what am I doing it for and what are we accomplishing by it?” thinking that comes with the passage of time. It’s a reflective time.

I wanted to get started with Comparative Geeks – something we did back in January 2013 – to get myself into a regular habit of writing. Here more recently, however, the focus had fallen onto the “regular” part of the equation, rather than the “writing” part. I honestly haven’t written much of anything resembling an essay in some time, and my poor webcomic has languored since March.

Since we’re hitting a big reset moment here soon – with a baby expected in a month’s time, and us planning to take the end of the year off from the site – the questions I’m asking myself are really, what do I plan on doing when we come back in January?

The pop culture and geek culture stuff that we talk about was always about the content. It’s served us well all this time, it’s what we consume, what we’re interested in. At this point, our consumption is way down, and I think our two podcasts are covering that nicely. We’re consuming far more news than content, for instance, and Week in Geek gives us a nice outlet to talk about the stories of the week. Meanwhile, for more topic-driven and review-based content, Comparative Opinions is a lot of fun to do, and it matches roughly our current ability to consume the culture and commentate on it!

What’s funny, though, is that while these podcasts have been accomplishing the goals of Comparative Geeks, they still haven’t been meeting my writing goal.

And when you get down to it, the writing goal is about content creation, about me taking some of my stories and getting them out there. In the long decision making process of choosing whether I’d prefer to pursue non-fiction or fiction, I leaned to fiction, and I need to get back to that. I’ve missed it.

So if we’re back in January as mainly 2 podcasts a week, an ongoing webcomic story, and the occasional essay or review post, with the occasional piece by contributors, I think the biggest thing is just to feel okay with that. Being happy with what you are doing in life has a lot to do with setting expectations, and I’m currently dealing with changing expectations.

And that’s okay. Because pushing this further to pursue what I want out of it – rather than enforcing some sense of what “ought” to be happening – should lead to something better for everyone.

In closing, I want to say that I don’t tend to think that we – people, humans, individuals, societies – ever have to “peak.” We can be constantly improving, constantly bettering ourselves. Nonetheless, as a personal thought that isn’t quite in line with conventional wisdom, there’s plenty of doubt. But hey, sometimes that doubt is a great song, so it’s worth it, right?

Update on the Astral Chronicles

Hello faithful readers! I wanted to give an update on the Astral Chronicles, since I’ve been spotty on updating it recently. Even though I know the story and know where it’s going, it can take quite a while to go from “this is what needs to happen” to visual concept to something-I-don’t-hate drawn to “inking” it via tablet to piecing together a full page to published.

I could list a whole lot of things that have been standing in the way of me feeling like I have that sort of time, and without feeling I have the time, I don’t seem to even start the process. I won’t bore you with excuses. But at other times, I’ve had weeks of art drawn and story crafted. I’d like to get back to that, which might mean taking a short hiatus on posting any of it – rather than posting every other week or randomly like I have been.

Also, because I have the story pretty well sorted, and because I would like to progress the story faster than a page-a-week has allowed for, I am considering going to two posts a week instead of just the one. This might lead to me changing up my process a little bit, and I also feel like it might simultaneously lead to slightly less quality in the art (not that such would be noticeable) and slightly better quality in the art because I would be working on it more. But I’m also wondering if I can move the “inking” step to actual paper… my problem was that my technology at hand wasn’t working well for converting sketches into inked finals, short of doing so digitally.

Anyway, that’s what I’m thinking. Short hiatus, coming back with a vengeance, all that. I’m sorry I’m not breaking at a chapter end! Also, I would like to integrate in a webcomics functionality to the site, so that it’s easier to navigate through the story from page to page. Time to step this up!

So let me know in the comments below – what would you like to see from me for the Astral Chronicles? Any questions or advice on my process? Favorite plugins for comics? Talk to me, dear readers! 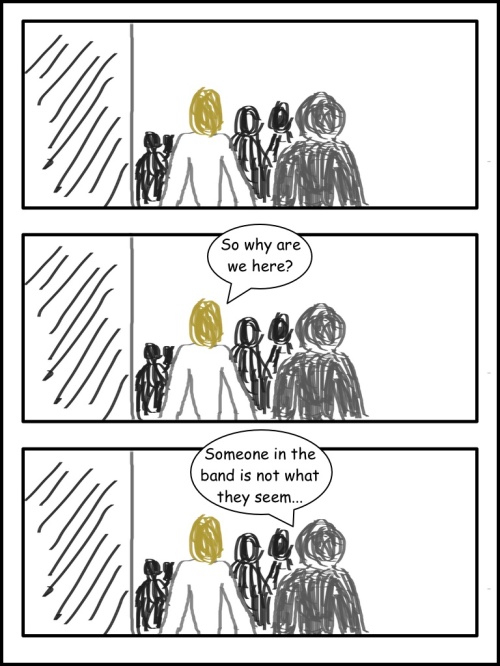 Posted on March 1, 2017 by CompGeeksDavid in Web Comic 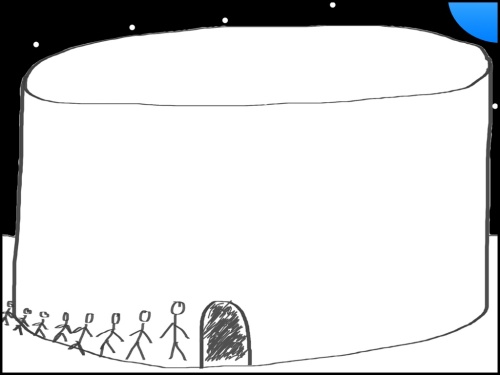 Posted on February 8, 2017 by CompGeeksDavid in Web Comic