Most of the time, crossovers between fictional properties are the stuff of fanfiction. In comics, though, they’re a longstanding tradition. In some cases, like with Star Trek, there are comics based on a TV show or movie, and the medium allows for some interesting mashups we’d never get to see otherwise. These can be a little tricky to find or hear about, but Star Trek has five that I know of, ranging from natural teamups to more unexpected combinations: 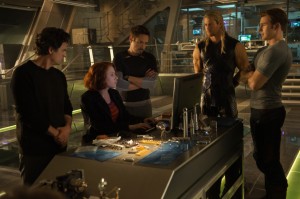 The only image from the article – the rest is a giant wall of text, oh and advertising which crashed my browser a couple times… 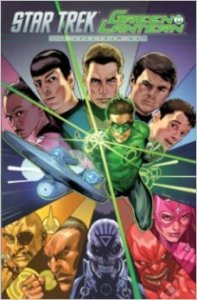 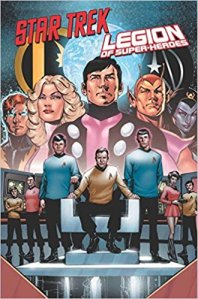 Did I miss any? And which unread items are worth pursuing? Info-share in the comments.

Week in Geek, episode 10, recorded 10/26/17. News since last recording, including: Punisher versus Justice League; Thor: Ragnarok and the future of Thor; contenders for worst movie of the year; more is coming from the Dark Tower; Pandemic Legacy Season 2; quick TV show news including Star Trek Discovery, Doctor Who, and Daredevil; and potential movies coming up including X-23 and Deathstroke. Oh, and libraries are not dead.

Here’s the Postmodern Jukebox song Holly was talking about: https://youtu.be/yjiupe-odRQ

Posted on October 27, 2017 by compgeekadmin in Podcast

Next up in the old Listening to Music Without Understanding It series is this post, on Florence & the Machine. Unlike some of the others, this one deserves at least one update: their album How Big, How Blue, How Beautiful had not yet come out, and would be a great introduction to this band. That album is just fantastic, making it 3/3 great albums from this band. Also worth noting, the Deluxe and B-Sides sorts of albums for them are great too; basically, they just make good music.

I’ve recommended a few other bands so far in my series on music, like The Lumineers and The Black Keys. Both of those bands have a simpler sort of sound, from a folk origin like with the former, or from just being two musicians with the latter. So how about a different sort of band?

Florence & the Machine. It sounds even from the name like it’s a large thing. The sort of band where you might expect a song called Cosmic Love. Theirs can be both a large sound, and can focus in and be all about the haunting vocals of the lead singer, Florence Welch. Also, they have a harp. 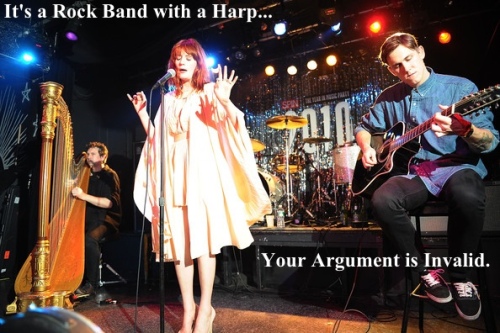 I thought I would share a bit of the fun of this band, and a few of their songs. The recent news is that they are working on a third studio album, but along with the first two, there are also deluxe editions and B-sides and live albums galore to choose from while you wait – plenty to check out!

What the songs are about, the lyrics and images and ideas, are part of what is so great. Some songs are full of images, full of ideas and things we would understand. Full of love and emotion and feeling.

Okay, and not Doctor Who references. Well, maybe… They are British…

I found that image a while ago on Tumblr, and lost the original provenance from where I found it, but it stuck with me. I love her intensity in the image used – it combines well with the lyrics and the song. I think intensity is a good word – thinking of songs like Kiss With a Fist or Girl With One Eye.

Along with strong images and intense songs, however, they also work with a lot of metaphorical and poetical language. I love it. And, as is fitting with the name of my series, I don’t understand it much at all.

END_OF_DOCUMENT_TOKEN_TO_BE_REPLACED

Week in Geek, episode 5, recorded 9/23/17. News since last recording, including: Doctor Who news regarding previous Doctors; the Emmys and shows we haven’t watched; Good Omens pictures of the leads in costume; HBO is making a Watchmen series; they’re sadly making an Iron Fist season 2; It now the highest grossing horror film of all time; and Gal Gadot confirmed for the Flashpoint-based Flash “solo” film. Spoilers for Flashpoint!

Posted on September 24, 2017 by compgeekadmin in Podcast

Meme Monday – Change my dear, and not a moment too soon!

The announcement came in! New Doctor! And it’s a woman, as they have been toying with and teasing for a few Doctors now. They tested the waters with Missy, the female Master. But now, Jodie Whittaker is the 13th Doctor. 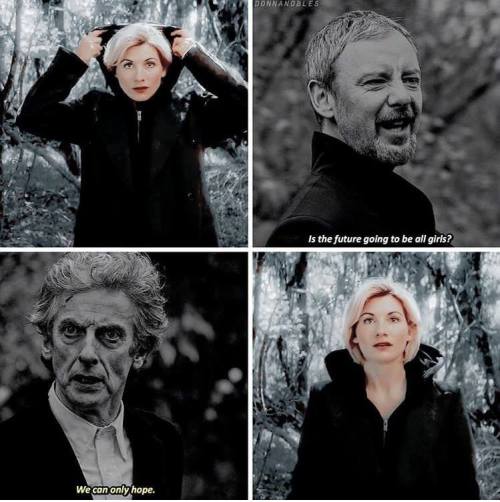 There we are, the foreshadowing come true. I mean, we didn’t have to wait long from this line…

We were just kind of happy and content, trying to remember her acting from the main thing we’ve seen her in – Broadchurch, which we loved. However, apparently there was a whole different reaction – which we would not have known about without the memes and comments against their reaction. 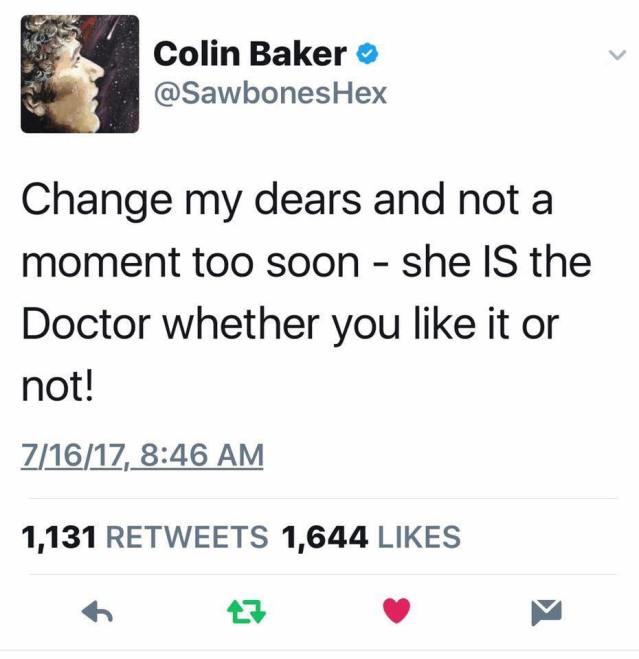 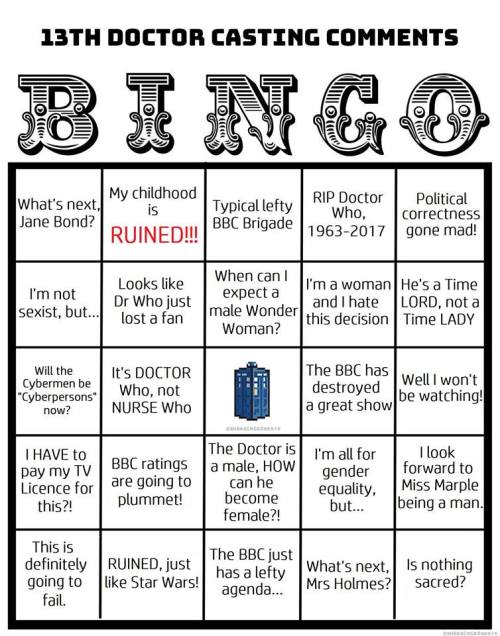 Oh. Oh because of course. This would of course be the next battleground for the reactionaries to defend fandoms from most any sort of change or diversity. I saw at least one place with evidence that there were people coming over and commenting and causing trouble without being fans: on the following image, where I sadly went into the comments (trying to figure out what all the hubbub was about). 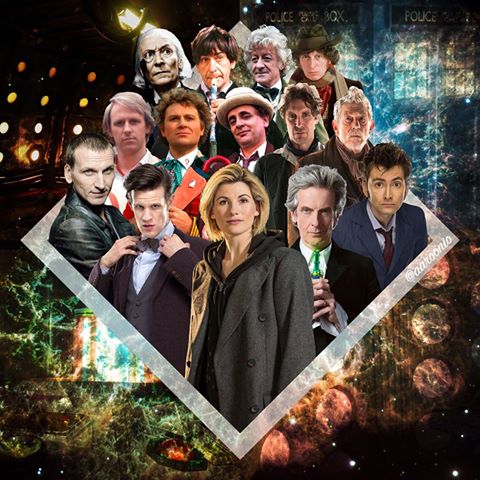 Because there were people who counted, and pointed out there were 14 there. So she’s the 14th Doctor. I hate to push my glasses up my nose and say “well, any fan would know…” but I’m going to do it here. Because the answer lies in the heavily advertised and televised 50th Anniversary Special, and the War Doctor. He is the same character, in terms of regeneration, but is not “the Doctor.” He was ret-conned in and explained, and is being honored by inclusion in an image like this.

So yeah, people were mobilized to speak out against this without being truly invested – so when they say they won’t watch the show now, well, I’m betting they already weren’t.

Meanwhile, there were other complaints. 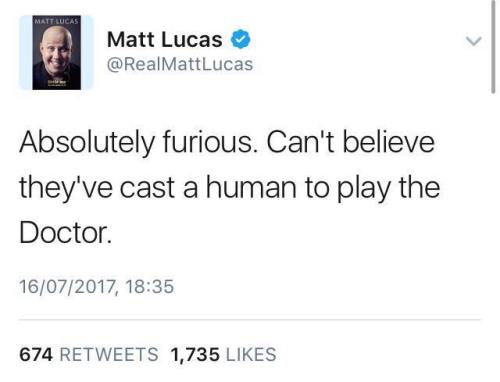 Meanwhile, can we move on and be concerned about the plot ramifications? About the next companion, how the Doctor will react, and what reasons there might be for it? There’s at least one going theory… 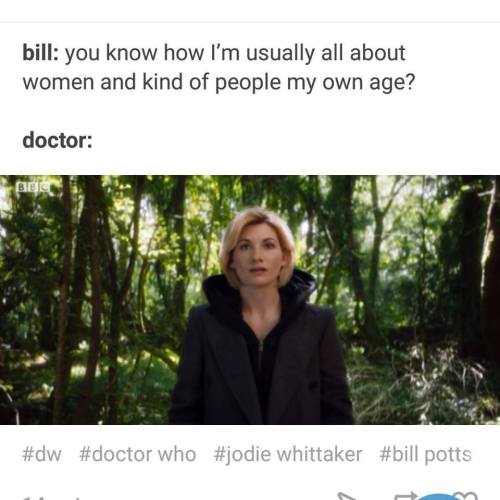