Summer is usually a time for Netflix to do a bit of an overhaul to their lineup, or release their new content, which makes sense. School is out, people take vacations, the majority of network shows are on their summer break…it’s a great time to fill some gaps. There’s actually quite a bit coming to Netflix this month, here’s just a few to cover:

If you’ve never seen at least the first one, watch it when it comes to Netflix June 1st. It’s a classic. The sequels don’t pack quite the same punch as the first, but they are still worth watching at least one. Pop some popcorn and enjoy the incredible T-Rex roars.

I saw trailers for this before it came out last year and was mildly intrigued, if anything else because I love Bill Murray and Zooey Deschanel. It didn’t seem to do that well so I was happy not to have spent the money on a ticket, but it’s coming to Netflix and may be worth checking out this month. Or not, I could be totally wrong.

If you’re behind on Agents of Shield, don’t worry – season 3 will be coming to Netflix in the middle of this month so you can catch up (or now’s the time to start the series if you haven’t!) 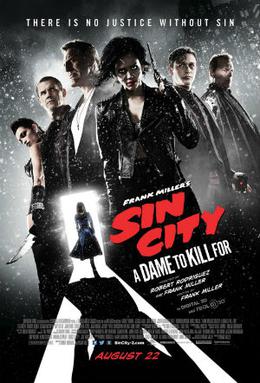 Another movie that I wasn’t sure would be worth the money spent on tickets, the second Sin City will be coming to Netflix toward the end of the month. As anyone familiar with the graphic novels or the first movie can tell you, this won’t be for the faint of heart or easily disturbed. If you haven’t seen the first, it’s also currently available on Netflix if you are interested.

I couldn’t find any information about whether or not this is just a collection of Bob Ross’ the Joy of Painting, but frankly I don’t really care what it is because Bob Ross is going to be on Netflix! This PBS joy from the 1980’s and 1990’s is the perfect de-stresser; if you find yourself having a bad day, watch some Bob Ross and you will feel like a happy little tree.

This site has a full list of everything leaving Netflix in June, and frankly there’s actually a lot. There are quite a few movies that I would recommend checking out if you have never seen them before, like Groundhog Day, Ghost, The Others, and Wayne’s World. A few of those are movie classics that need to be seen at least once in your life.

There’s also some big news that’s come out in the last day or two in regards to a deal struck between Netflix and Disney. From the company’s blog:

“From September onwards, Netflix will become the exclusive US pay TV home of the latest films from Disney, Marvel, Lucasfilm and Pixar.”

It seems that moving forward, Netflix will be the exclusive streamer of Disney and its subsidiaries, which means that hopefully later this year we can begin streaming some recent hits like The Avengers and maybe even Star Wars. We can only hope!