So in a previous post I talked about how much I enjoyed AvX, but I tried so hard to not do any spoilers because I really enjoyed this cross over event. It spans across so many comics and does such a good job of really crossing over into the different stories.

This post is going to be very spoiler filled because there are some big events that happen, but it is nice that they don’t all happen in one single series. This cross over event is epic and world changing. The Phoenix is a force that cannot be controlled and that alone creates the base for a great and epic story. (Spoilers after the jump. You have been warned.)

Cyclops, Emma Frost, Colossus, Magik, and Namor end up the Phoenix Five when in the battle for Hope the Phoenix shows up and she realizes that it is too much for her to take on. In her refusal to shoulder the power the Phoenix ends up in the five mutants trying to protect her. Thus instead of Hope being the dawn of a new age it is the Phoenix Five who decide to bring it about. Now their intentions may seem right, but if you force peace through threat what kind of peace are you really achieving? 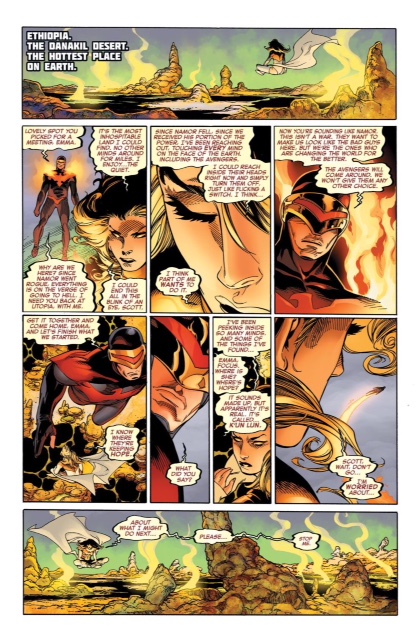 Destruction of Wakanda by Namor 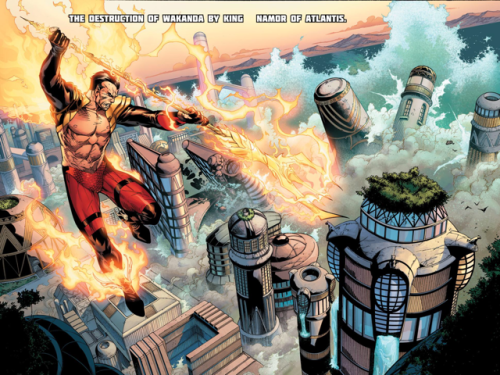 It is with no surprise that T’challa or Black Panther is not exactly thrilled about this new world order. He along with the Avengers fight back against the Phoenix Five because they bring the illusion of peace. Namor cannot stand that they choose to stand against them so he decides to just destroy Wakanda as punishment. This is the beginning of the end for the Phoenix Five because all the Avengers versus Namor is apparently too much for him.

After Wakanda the rest of the Phoenix Force mutants decide that they cannot allow the Avengers to roam free. With the power of the Phoenix Force Magik creates a prison of her own making by bringing a piece of Limbo to Earth, which is a place that only she can get around. The horrors that Magik brings forth to subdue the Avengers is unimaginable. When other mutants find out about the prison they cannot stand by and just let these people who used to be their friends remain.

The breakout from the Limbo prison is pretty impressive. The best moment though is Spider-man distracting Colossus and Magik long enough to have the others escape. The brutality that he endures is intense, but he ends up defeating them. Not by using his strength, but his brain. He knows that the Phoenix power is corrupting them and that the force makes them hungry for more. 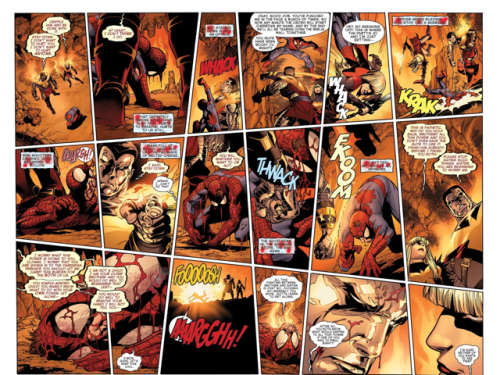 I will be honest I teared up a little bit during this storyline. This was outside of the main story and happened during the Avengers Academy. There is a kid Juston who must be pretty dang smart to have reprogrammed a Sentinel to be a protector. It becomes more than just a protector though; it becomes his friend. What is great though is even though the other students might not understand his feelings towards the Sentinel, they don’t see what it is harming for it to exist.

Emma Frost comes and decides that it needs to be destroyed, but the students stand up to her on behalf of Juston and the Sentinel. Emma keeps talking about the Sentinel just being a killing machine, but its actions come down to one thing and that is protecting Juston. It is such a heart wrenching moment in the entire series. 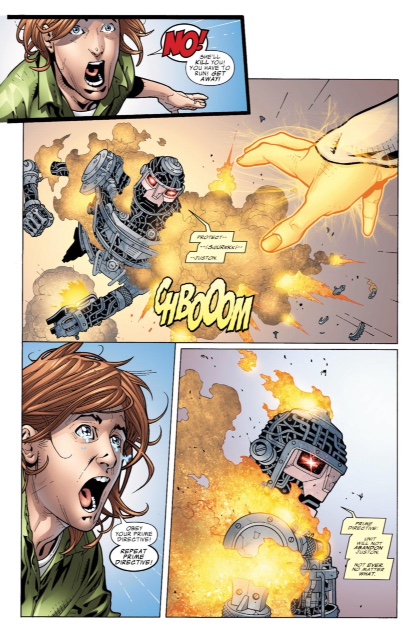