From what we were seeing online, the Internet decided that there was to be no spoilers for Episode VII, Star Wars: The Force Awakens until after January 1. We decided to stick with that – but it means it’s time we can talk about it.

But first, I am fascinated by the self-imposed statute of limitations that was placed on this movie. So often with the Internet, it feels like we have people racing in to spoil things – or else just casually mentioning things then laughing and saying “spoiler warning” after the fact. But when people really respect something – both in advance, and after seeing it – they seem to really protect the spoilers. Stop themselves. It happened before with Bioshock Infinite, and it happened with Star Wars.

We got the chance to get to the theaters and see it once, and sadly probably won’t catch it a second time until it’s out to rent. And like us, lots of people got to see the movie over a period of time over the holidays. Tickets went on sale crazy in advance, so that’s just how that goes. But unlike us, I’m thinking a lot of people have gotten to see it multiple times by now – given it’s broken so many records and made so much money so far.

But that’s why I say first impression – because this is just some of my first thoughts, as I slog through all the hype, all the excitement and anticipation, and while I really want more viewings to form a more solid opinion.

Living Up to the Hype?

This is the big question, and I think the answer is yes. As I said, that will be easier to tell after some time and repeat viewings – I’m excited for the latter, and annoyed about the former. Which really is also a good sign that it was good, right?

I think of watching Star Wars as a kid, and sharing in that experience with my parents… and I think ahead to that experience with the Geek Baby… and that’s maybe the most exciting thing about it. And is perhaps my best answer. This is a movie – and hopefully a trilogy – that we’ll be watching as a family, growing up with, geeking out over, for years.

But I can’t put my finger on why. Nostalgia? Characters? Let’s talk about those!

What is the appropriate amount of nostalgia and fan service for this movie? Honestly I don’t know. Because I don’t think anyone knows. One person’s tolerance and expectations for it will be different from another person’s. And with such an iconic series, that just feels like even moreso the case.

So was having Han Solo and Chewbacca back in the action awesome? Yes. In fact, the Lovecraftian horror they were smuggling – which looked a lot like a Malboro from Final Fantasy to us – made for a great introductory sequence. Something new – and unspoiled in the trailers – mixed in with something old and comfortable. The archetype of the scoundrel is a scoundrel.

I was amused when he ended up finally using the Bowcaster… a weapon they didn’t really develop until the prequels, and thus only really comes into its own now… however, the chances of Han never having used it before seem so low to me… 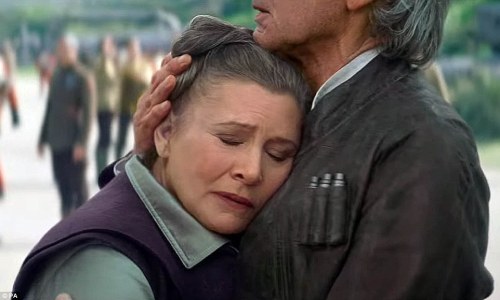 And then getting to see he and Leia reunite was great. Sad to think of them apart – but it sounds like they had a good long while together, and they gave us some good reasons for separation. And for reuniting. I also like her being the boss, because of course she is.

Sad we didn’t get more Luke, but that sets him up to be the Yoda of the next film – and given he trained under Yoda, the odds of that really being how he comes across seems high. We were particularly sad though because Mark Hamill has been so good in stuff lately…

Alongside the nostalgia, they gave us a string of new characters as well – and I think that, given how good a job they did developing them, that they didn’t waste too much time on nostalgia.

I’m excited to learn more about Finn – it’s rare that we’ve gotten to see a non-Jedi kicking butt and using lightsabers and handling spacecraft quite that well or quite that quickly. There’s the Force there, I figure.

And Kylo Ren, with his rage. I’ve heard some of the most equivocation on this character – from him being an annoying emo character, to him being the most powerful Force user we’ve ever seen. More than anything, I think it’s right to say that he has a lot of potential – still young, still developing as a character. Darth Vader was a monolith, already solidly himself. It took a whole lot to make him change at all.

Something big happened in Kylo Ren’s past, too, to change him from young Ben into the force of malevolence he is now…

But taking the cake is our hero, Rey. I’ve heard the statement that she might just be the best heroine in a movie… and I certainly don’t have the argument against it. Competent, smart, acrobatic, resourceful… and mighty with the Force. I’m fully and completely excited for more of her backstory, her training, her future hero-ing.

Who are her parents? In fact, this is something I saw before we saw the movie that I thought was a spoiler – but it wasn’t. Speculation, that she’s Luke’s daughter. Which is grounded in the movie, for sure, but still just speculation. So hey, maybe we’re getting a second movie “I am your father” moment…

A Bridge Too Far

Or perhaps, a rainbow bridge too far. A wormhole too far? A Death Star too far.

There was one scene that, for me, really pulled me out of my suspension of disbelief. I mean, it’s Star Wars, there’s plenty of fiction in there – though I have argued before that it’s Fantasy and not Science Fiction. And saying “it’s The Force” excuses a lot of sins – it’s the thinly defined magic system of the Fantasy. Indeed, I loved Rey working on practicing it, and even more Kylo Ren saying the longer she gets to do so, the better she will do with it and the harder their job becomes.

No, it’s something related to science that bothers me with this one. It’s the giant space shotgun of a planet-sized Death Star. And it’s not its existence – okay, fine, build it. And it’s not it draining the sun for power – though a Dyson Sphere might have been more science fiction… It’s not even it shooting faster than the speed of light, which they explained away by saying it uses hyperspace technology. 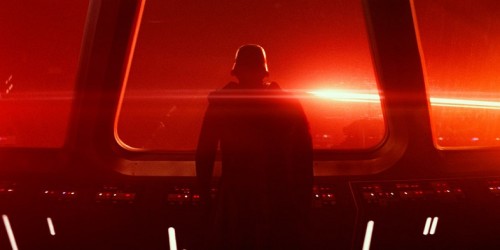 Nope, it’s when they shot it – faster than light, shooting across a galaxy far far away. And it hit moments later, because sure. And then…

Then the Rebellion saw it. As it happened. Live. In the sky. From another part of the galaxy.

Really? That’s not how the speed of light works.

And sadly, it didn’t serve the plot, either. There are any number of ways you could have conveyed this information to the Rebellion. A fighter pilot gets away. Leia has a Force vision of it. Broken-up broadcast as it hits. And you could still show the audience, exactly like they did – it’s not like we knew any of the people in the Republic, but we got to see them die. But there’s no reason Leia had to be able to look up at the sky and see them get shot. That’s just horrible, stupid science. It’s still the thing that bugs me about this movie.

So wait, when can I see this again?