END_OF_DOCUMENT_TOKEN_TO_BE_REPLACED

The Once and Future Nightcrawler 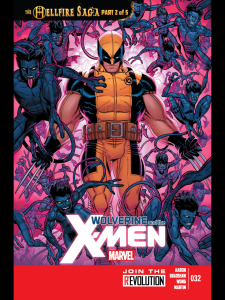 So I returned to the Marvel Universe to find that Nightcrawler died.

I’d like to do a character study of Nightcrawler, but there’s a lot of history there. Like with Wolverine, I think I will focus mainly on lately in the comics, and about what Marvel has done with my hopes and dreams around this character.

And believe it or not, spoilers to follow! END_OF_DOCUMENT_TOKEN_TO_BE_REPLACED

I’m the best there is at what I do, but what I do best isn’t very nice – A Character Study of Wolverine

As far as Marvel heroes go, few hold our imagination as much as Wolverine does. Why? It’s a good question.

We like the mystery of him – the unknown past. Except, they’re finally working on revealing and telling that story in the comics. When, during House of M, Scarlet Witch gave all the heroes what they wanted (so they wouldn’t fight back), she gave Wolverine his memories. So there goes the mystery.

He can’t really die, it seems, so even in the most ridiculous situations, we’re pretty sure he’s making it out alive. So while we know he’ll always be around, there’s a bit less suspense when he’s around. Although, this also means Wolverine tends to get into the most ridiculous – and therefore interesting – situations. And after all, the same can be said of Deadpool, and his popularity is growing.