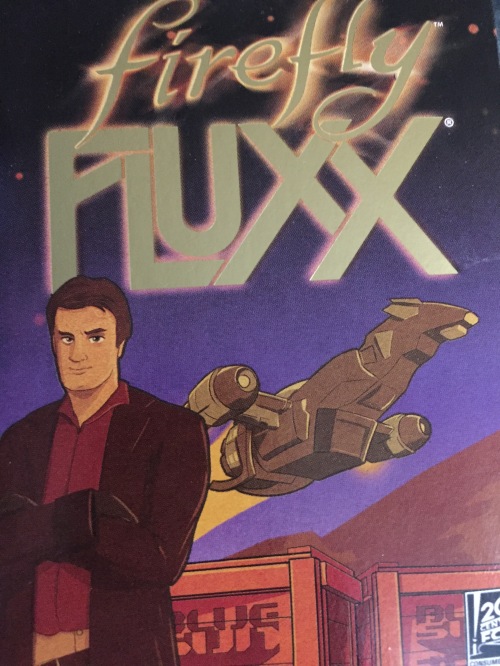 David and I recently found the game Firefly Fluxx and it is just as much fun as one might expect. If you have played any version of Fluxx then you understand the basic mechanics of the game. Part of what is so wonderful about all the versions is the fact that you can just pick it up at any time.

The great part about playing the version based off of Firefly is all of the inside jokes and references. One of the little extra details that is great about the Firefly version is also the fact that there are quite a few ways to steal Keepers from each other; Wash gets Serenity, Zoe gets Wash, Simon gets River, etc. So since there is not much extra to talk about with the game here are some of my favorite cards from Firefly Fluxx. END_OF_DOCUMENT_TOKEN_TO_BE_REPLACED

P and I are on vacation, so this will be short and sweet, and hopefully funny and relatable.

We’ve been hanging out with a lot of our friends back home this week, and I keep hearing about the same relationship problem from all of our friends. It’s one that I’ve experienced with P as well, and I’m sure it’s one that has plagued many a reader of this blog.

That is, getting hooked on the same Netflix shows.

At first, this seems like more of a blessing than a curse. It’s always better when both partners want to sit and watch the same show. Who doesn’t want their significant other to be as excited as they are about spending a Friday night bingeing Doctor Who or Firefly on Netflix?

It only becomes a problem when you have different schedules, or start watching a show solo that your S.O. happens to watch with you one night, and suddenly you can’t keep watching without them because they’re hooked too. P and I ran into this problem a lot the past six months when he had a hectic schedule and I was home by myself a lot. I originally started watching Arrow on my own, and suddenly he watched a few episodes and it became “our” show and not “my” show.

I started trying to watch shows I figured he wouldn’t be into (Miss Fisher’s Murder Mysteries, for example) but lo and behold he’d get roped into them too and again I’d find myself unable to watch them when he wasn’t home with me. I’ve heard the same from other friends, including one who started trying to watch Gilmore Girls and her S.O. got into it too, and sure enough she couldn’t watch it solo anymore.

As far as problems in a relationship go, it’s definitely the best one to have. I found it hilarious that I heard so many stories of this issue this week while hanging out with girlfriends. We all started to swap ideas for shows we could watch without our S.O. to try to find ways around it. As P tells me though, I pick awesome TV shows, so it’s probably a problem that will continue.

Found on http://nerdreactor.com/2015/11/13/arrow-the-flash-crossover-hawkgirl-hawkman/ along with the crossover news!

I kind of have a love / hate relationship with crossover events on TV shows. Some of how I feel about it can really depend on whether I watch all the shows that the crossover is occurring on. I understand why TV shows do it because they are try to pull in new watchers, but when it happens too much it can be a little frustrating. This leads to the following dilemma: do you just watch the episodes that are on the show that you watch regularly or do you also watch the couple of episodes on the show that you don’t watch regularly? At the same time it is often fun to think about how characters from one show would interact with ones from another show, but that is only if you watch all of the shows that the crossover is happening on. The whole thing is a bit of a conundrum and then there is the question of whether the story is one that actually fits with the overall show or if it feels forced in order to set up the crossover. Now it is not that these episodes are not good, but it can be overdone.

END_OF_DOCUMENT_TOKEN_TO_BE_REPLACED

Once Upon A Time

I’m going to try to keep this only mildly spoiler-y, but considering people nowadays call “Spoiler!” over things that are in trailers (newsflash: that’s what trailers are, they tease you with spoilers so you’ll watch) I’m going to say; there may or may not be spoilers ahead.

I absolutely love Once Upon a Time. I remember when I first tried to watch the premiere in 2011, I thought it was really gimmicky and decided not to continue watching the series. Thanks to the amazing advent of Netflix bingeing, though, when Once Upon a Time was put on Netflix I sat and watched the first episode again. On second viewing of the premiere, more than the tale of Snow White and Prince Charming, I got sucked into the story of Emma and Henry.

END_OF_DOCUMENT_TOKEN_TO_BE_REPLACED

Can you believe it! Well, maybe you can. I can’t believe it! Two years ago over this last long weekend of the first half of the year, Holly and I started up a blog. We created our About page and posting policy.

We spent the first week laying out some of our plans, including our LitFlix, as 2013 was a great year for movies based on books and comics. We’re still doing that project, having just lined up this year’s plans – a bit skimpier!

In our second week, we already published one of our very top posts – A character study of Gretel from the movie Hansel & Gretel Witch Hunters. Silly movie, great character study.

Flash forward two years, and we have a great group of bloggers we interact with regularly. We have been Freshly Pressed (though on a guest post) and referenced a few times on some bigger sites. We’ve certainly learned some things, but while there are ways we could change and grow and use all of that learning, we also really enjoy what we are doing here.

We have so much we still have and want to talk about! And there’s always new and more things as well. But the big change for us this year Holly’s already mentioned – and that will change the blog a bit as well. So let me hit a couple of thoughts on what we are planning for this coming year of Comparative Geeks!