Lightning Returns in Another Light

So, as I have been seeing aspects of Lightning Returns, my brain has been turning to mashups of different plots with this, comparisons to other Final Fantasy games, and other things.

Helping my case, they seem to have dived right in to other games, with outfits and schema (the job system) based on other SquareEnix games – mostly other Final Fantasy games, but also Tomb Raider. So, thank you for helping my case.

And then, just to help a bit more, they built in screenshot-sharing functionality, through Twitter and/or Facebook. Is this going to be dangerous? Indubitably.  But it also makes these screenshots easy to find and share with others. So I took a few, found a few on their site, and many more from around Twitter, and thought I would share. My comparisons are perhaps tongue-in-cheek, but the screenshots show a game that is going to fascinating to experience once it arrives. 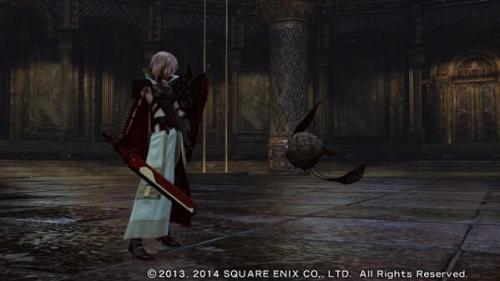 You can tell the screenshots in this post from social media because they have the copyright information embedded in them.

END_OF_DOCUMENT_TOKEN_TO_BE_REPLACED

Are We In The True Timeline? – Final Fantasy XIII-2

Last week I wrote a post recommending that you play, or complete, the Final Fantasy XIII games. Next week, Final Fantasy XIII-3: Lightning Returns comes out; Holly reviewed the Demo for that, which gave a lot of insight into the plot, and also the gameplay, of what is one of our most anticipated games of the year. 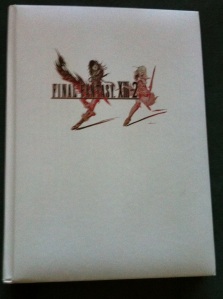 I’ve been finishing up side quests and Paradox Endings, getting ready for Lightning Returns!

That makes this week the right time, I feel, for a nice, spoilery, Time-Travel post about this game, right? Except, this game is two years old now… and the blog is one year old… meaning yeah, we’ve definitely already written that post. Holly actually did a really great explanation of the time travel in Final Fantasy XIII-2 last year. So many great elements – paradoxes, competing timelines, paradox endings, prophecies… good stuff. But she has that covered.

So instead, let’s take that time travel into a philosophical place. The statement from the game is: if you change the future, you change the past. First, I’ll look at what this means in the game or in general as a statement, and then, let’s carry it into the future. It also ties into another concept from the game: the idea of the “True Timeline,” which is effectively, the one that exists before time travel tampering. Or is it the one with the best outcome? Let’s consider these questions, and our own world!

END_OF_DOCUMENT_TOKEN_TO_BE_REPLACED

Last night I got my hands on the demo for Final Fantasy XIII-3: Lightning Returns and I am so excited for this game. The demo did a great job of giving me a taste of what the game play is going to be like, the job mechanics, fighting, and just a hint at the story. The graphics look amazing and the story had me intrigued before the demo and the demo just added to that. It also made me start thinking about how different this game is going to be compared to Final Fantasy XIII and XIII-2.

One of the biggest differences is definitely going to be the timed aspect of the game. You start out facing 13 days until the end of the world and the clock is ticking. The thing I do like is the combat system seems really neat. You tie abilities to the four main buttons and you press them to perform specific actions. You are still pulled in to a battle room, but instead of picking actions from a list you move around and press buttons. It makes for a very different way to play. The fact that the story is around Lightning herself also makes it a different sort of story being told. END_OF_DOCUMENT_TOKEN_TO_BE_REPLACED

I want to write a deeper, spoiler-filled review of XIII-2, and I will likely do that in the days to come. And Holly played the Lightning Returns demo tonight, so I’ll let her do a review of that. For now, I want to go spoiler-light, and talk through reasons to play, or at least get through, this series, at a good time to do so – with the end coming out here soon!