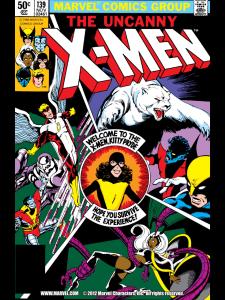 END_OF_DOCUMENT_TOKEN_TO_BE_REPLACED

X-Men: Days of Future Past, Comics and Movie – A LitFlix 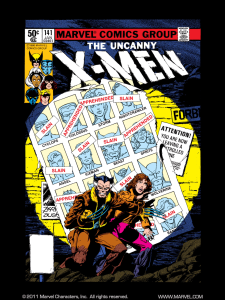 One of the greatest covers in all of comics. Days of Future Past. Uncanny X-Men 141.

There’s plenty that could be said about X-Men:Days of Future Past. That’s why I’ve been highlighting it on our Tumblr this week, and am writing multiple posts about it. Expect another on Friday, focused on Kitty Pryde.

That means the goal for me tonight is simply to focus on our LitFlix style: comparing the movie to the comics. These comics are some of the X-Men’s finest, and come in at an astounding 2 comics. That’s it. For as enduring an idea and a storyline as it was, for as many characters and situations as it opened up, it accomplished an amazing amount in a short amount of time.

The movie goes both bigger than this, and smaller. It’s a time travel story, set both in a dystopian future and what is now decades past. The movie makes the future big, with no holds barred. The past, meanwhile, is pared down to only a few characters, and spends a lot of time going in-depth into their souls. Quick review? Great comics, read them, no question. Great movie, go see it, and enjoy.

END_OF_DOCUMENT_TOKEN_TO_BE_REPLACED

All the Mutants! – X-Men: Days of Future Past

After my LitFlix of Amazing Spider-Man 2 yesterday, I wanted a bit of time before writing my next one on X-Men: Days of Future Past. However, I have a lot to say about this movie (well, I had a lot to say about Amazing Spider-Man 2 as well…) and so I am breaking it up into three posts. So consider this my X-Men: Days of Future Past week! I have X-Men related posts queued up all week on our Tumblr as well, so check them out!

Despite having a lot of known characters used again, there were a lot of new characters in the film as well. While they weren’t exactly pivotal to the plot, they were phenomenal additions, given a chance to use their powers, to have great scenes, and made for a really fun summer blockbuster.

So between these known characters and new ones, there were a number used really well – and a number that weren’t. Here are some of my thoughts on all the mutants! (Spoilers!) 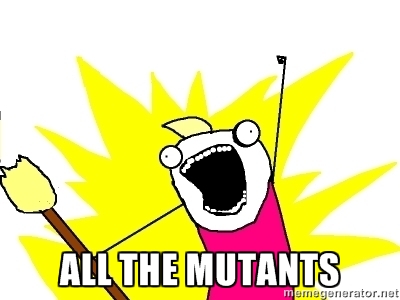 END_OF_DOCUMENT_TOKEN_TO_BE_REPLACED

In 2013 we had fun doing LitFlix, reading the books or comics that had to go with the movies. I’m going to continue that on into this year, with whole new offerings to go from!

Marvel has 4 movies alone; another way to look at it is there are two from Frank Miller, and two from Chris Claremont. They’re dipping back to the classic writers.

The ones that are part of a larger comic universe are harder to plan for: they have to work off of the content from the movies, as well as any comic inspiration. So, I’ll be putting together what I can for those, reading inspirations, and seeing what I can do!

I’ve got trailers to follow for the ones that have trailers, and, like last year, I’m listing what I have found for reading these materials – so you can read along too for the movies!

END_OF_DOCUMENT_TOKEN_TO_BE_REPLACED

Waiting for our Female Super Heroes

Posted on December 4, 2013 by CompGeeksDavid | 5 comments