What Movie Trailers Actually Tell Us

It has been really interesting to see the reaction to the new Ghostbusters movie coming out soon, particularly in regards to the trailer. Everyone is entitled to an opinion and it is okay to think a movie should never have even been made, but passing judgment on a movie based on the trailer really is not fair. A trailer does not actually tell us what the movie as a whole is going to be. It can give us glimpses, but really all a trailer does is tell us what the studio thinks we want to see. There are things that we can figure out from a trailer, but in the end unless you watch the movie you cannot really make your own judgment call. At the same time there are certain things that a trailer can tell us. END_OF_DOCUMENT_TOKEN_TO_BE_REPLACED

It’s that time of year again – the best of the year reviews! This year we’re going to have three of them, so let’s get started 🙂

END_OF_DOCUMENT_TOKEN_TO_BE_REPLACED

Have we mentioned Honest Trailers?

We love us some movies, and we love us some movie commentary. Blogs like We Minored in Film, or YouTube channels like How It Should Have Ended or CinemaSins. Well, somewhere in there we found another: Honest Trailers, by Screen Junkies.

Their most recent is Mad Max: Fury Road, which was pretty spectacular. Basically agreeing with me: if you’re going to make an action movie, make one like Fury Road!

A couple more recent ones we liked below the fold!

END_OF_DOCUMENT_TOKEN_TO_BE_REPLACED

Posted in Meta, Movies, Teh Webz 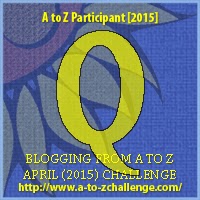 It’s only a little bit of a stretch to include this in A to Z. Okay, I mean Queens and Kings, royalty in general. They still exist in our world today, often as figureheads to democratic or socialist (or democratic socialist) governments. Then there are leaders of other names who only wish they were Kings and Queens.

So now, a declarative statement: there are not a lot of democracies in Science Fiction. There are a lot of dystopias run by a small group holding all the power. There are a few bigger universes, with democracies, like Star Wars and Star Trek – for the former, that democracy falls; for the latter, we don’t watch that democracy in action, but instead the military arm. We get evil corporations working outside the law. We get captain’s rule like in Mass Effect or Battlestar Galactica.

And then, we get Queens and Kings. New royalty or ancient lines. Emperors and Empresses and Empires. So let’s look at one classic and one really recent example of royalty in Science Fiction!

By the time we get to Dune, the galaxy has had a monarchy for a long time. Hereditary rulers run the planets, a council of those monarchs meet and politic, and there’s an Emperor ruling over all of them. The Emperor can be shady and backstab, which makes the plot happen!

But hey, I called this post “Queens,” so let’s look at that for a moment. When there’s royalty, there’s so much stock taken in birth and breeding. It leads to characters like the Duke Leto, who can’t marry the woman he loves, because she’s not of the proper breeding. It is his greatest regret in life.

And the Lady Jessica is kind of a badass. And even up to the last line in the book, she understands royalty. Understands that necessity makes it so that they must marry each other, and carry on that way. But history? History will call women like her wives – she’s the real Queen in that story.

Hey, let’s look at another Queen-like character – Jupiter in Jupiter Ascending. She shows part of the reason that royalty exist in Science Fiction stories – and some other fictional stories, as well. Having royal blood makes Jupiter a “chosen one” for no other reason than that.

And the movie somewhat functions as a tour of her royal family and their insane life. They inherit and control whole planets. They raise and cultivate the populations of these planets, for the purpose of harvesting them later. Because the souls of the innocent are delicious.

If the royalty in Dune seems bad, it’s because you just read a section about the Harkonnens. In Jupiter Ascending, it really is just a bad situation. We see three very different personalities and attitudes in her siblings, and it’s still a broken system and broken economy. Which is the sort of thing that royalty can perpetuate in a society, or maybe especially in a story.

I had been thinking about I, Robot recently, so I took some time over the weekend to watch this movie again. It’s one of my favorites, and one that I made sure we grabbed on Blu-Ray once we had a player. I love Will Smith, robots, science fiction, and pretty much everything about this! But still it’s been a while.

I am someone who saw this one before reading the book, but I did try the book after (you know us…). I’ve read and enjoyed several other books by Isaac Asimov (like The End of Eternity), but for some reason I had trouble getting into the book. More than anything, it might be the fact that the book is so different from the movie! I remember a lot of people who had read the book first had problems with the movie for this same reason.

Nonetheless, going back and watching the movie made me notice there are some really good parts to the movie. It has a lot of really great qualities that I feel we are looking for in movies these days, and that studios are looking for too – big budget, star power, based on an existing IP, but with a lot of originality and solid science fiction. And some good representation as well. Overall, this movie has held up quite well since 2004!