Welcome to the Comparative Opinions podcast! Sorry for the late podcast, but we wanted to still get in an episode this week – from our Marvel Cinematic Universe rewatch, before Avengers: Infinity War hits this weekend! Join hosts Holly and David as they discuss Marvel Phase 2!

Comparative Opinions is a weekly half-hour-ish podcast hosted on ComparativeGeeks.com. Subscribe for new episodes every Sunday, or for our weekly news podcast, Week in Geek.

Posted on April 25, 2018 by compgeekadmin in Podcast

What Movie Trailers Actually Tell Us

It has been really interesting to see the reaction to the new Ghostbusters movie coming out soon, particularly in regards to the trailer. Everyone is entitled to an opinion and it is okay to think a movie should never have even been made, but passing judgment on a movie based on the trailer really is not fair. A trailer does not actually tell us what the movie as a whole is going to be. It can give us glimpses, but really all a trailer does is tell us what the studio thinks we want to see. There are things that we can figure out from a trailer, but in the end unless you watch the movie you cannot really make your own judgment call. At the same time there are certain things that a trailer can tell us. END_OF_DOCUMENT_TOKEN_TO_BE_REPLACED

The Nine Alignments of Iron Man

Posted on September 2, 2015 by CompGeekHolly | 2 comments

To finish off the franchises of the Marvel Cinematic Universe, today we have Iron Man. It’s where it all started, so where we’ll end for now. Hope you have enjoyed these, and definitely let us know what you think! 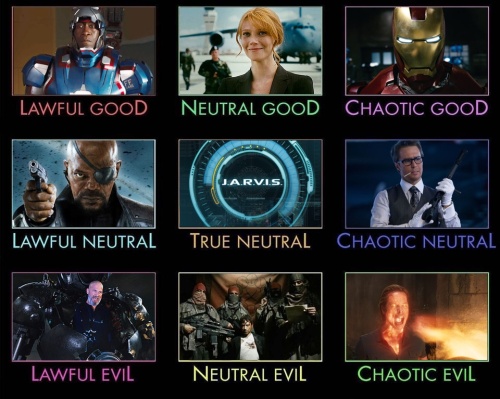 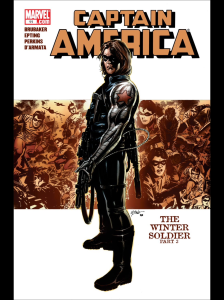 Okay, I’m over a month late on getting out a Captain America: The Winter Soldier LitFlix, and for that I am sorry. I can blame the A to Z Challenge and all the things we put off writing about in April, but that’s not it entirely. I think the problem is, there’s just too much to say about this film.

I was also left with a question: what was it about this movie that made me love it so much?

After seeing it another two times, I think the answer is quite simply that it is a good movie. It works internally with itself. It works as a sequel to Captain America: The First Avenger. And it works within the larger Marvel Cinematic Universe, the characters and events fitting in with the larger happenings in other films. It did the things it needed to, and did them well.

My goal however is not to present you with a review – though I will provide you with a list of solid reviews to the film. My goal is to compare this film to the comics it is based on, in the full fashion of our LitFlix. So needless to say, all sorts of spoilers to follow! END_OF_DOCUMENT_TOKEN_TO_BE_REPLACED

Thor: The Dark World and the First Appearance of Malekith the Accursed – A Litflix

Thor is not a comic hero I really ever knew much about. The whole actually-being-the-Norse-gods thing was a bit odd, and feels like it could be a bit stifling for creativity. Plus, he’s overpowered, and as I mentioned in my post on Superman, I am not a huge fan of those sorts of characters.

However, with the first Thor, I was convinced. The vision they had of Asgard, and the role of the Asgardians, was entertaining and creative. And Thor is the sort of hero you want in a group like the Avengers. Because it really still takes a threat that big to need Thor involved.

So to prepare for Thor: The Dark World, I read a few Thor comics to get my head in Thor’s world. First I read the Thor novelization, and then the Thor: The Dark World Prelude. But the prequel comics are only so good, as I have found this year with my LitFlix, so I went hunting. I found an old story from the 80s, the first appearance of Malekith, and a huge epic battle from there – in Thor 344-353.

So read on for some of my thoughts on how Malekith, Kurse, and others were used in the movie as opposed to the comics! It was a good movie, so if you want to avoid spoilers, you should go see it! Onward!

Also, I will take a look at the credits Easter Egg, the lead-in for the next few movies!