Powers: Thanks to Pym Particles, Scott (Ant-Man) can shrink to the size of an ant. He can also communicate telepathically with insects. When he shrinks, he retains his human strength.

Abilities: Scott has expertise in electronics.

Scott Lang is the current Ant-Man, though he achieved the title by unorthodox means. He stole the Ant-Man suit from Dr. Henry (Hank) Pym, in order to save his daughter’s life. Not the first time Scott stole in order to support his family. He turned to crime when he was no longer able to support his wife and daughter, and became a skilled thief as a way to make ends meet. Of course this path didn’t end well, and Scott spent a time in prison.

After his release, he worked in the design department at Stark International; trying to turn over a new leaf. When he discovered his daughter had a fatal heart condition, he decided to call on the help of Dr. Erica Sondheim. It turned out she had been kidnapped by Darren Cross of Cross Technological Enterprises, who had a heart condition of his own. Scott stole Hank’s suit to rescue Dr. Sondheim and save his little girl. The mission was a success, and Hank allowed him to keep the suit – as long as he continued to use it for good.

END_OF_DOCUMENT_TOKEN_TO_BE_REPLACED 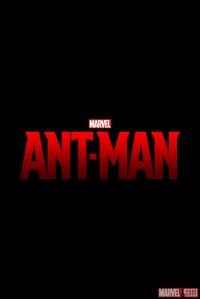 So you may have heard, but Hank Pym has been cast for the Marvel Phase 3 Ant Man movie. And it’s Michael Douglas! So a big name coming in for our villain, something that has been happening a lot with the marvel movies – looking at Benicio Del Toro as The Collector, or James Spader as Ultron, for instance.

However, this is defining this movie in an interesting way. This is no young Hank Pym, early in his career, creating his science, being a superhero. It sounds like Paul Rudd is going to be doing the super-heroing as the actual Ant Man, so… we’ll see!

So I wanted to share some thoughts I had from this, but also then, some of the thoughts I’m seeing out on the Internets, about this and the Marvel movies – since I talk about them maybe enough here on my own! And a bit about Agents of SHIELD, as well, to round us out!