This was maybe the toughest decision for me. I remember starting the year excited for the plethora of good, exciting movies that I was looking forward to so much. Then the rest of 2016 happened and sadly the excitement over movies dimmed for me. I will say, this was closest between Captain America: Civil War and what I’ve decided was my favorite movie of the year, Rogue One. I went to see it again this week, and it still holds up as one of the best movies I’ve seen in a long time. It has action, it has struggle, it has humanity and hope, and is incredibly well done. Of all of the amazing movies released this year, I’d say this is the one I would most recommend and look forward to seeing again already.

I know Stranger Things has gotten a lot of buzz on the site and podcast recently, but for me I think what I loved about the show was how it blended so many genres in such a successful way. I was talking about Stranger Things with friends I would never expect to watch a sci-fi show, but because of its Goonies nostalgia and mystery. Netflix has been producing some amazing original content, and honestly I watched more new content from them this year rather than any of the major networks.

I’ve finally had the time to rewatch and try to catch up on Supernatural this year, and it fast became my favorite thing to binge. I’ve only made it to Season 5, but I still have seven more seasons to go until I’m caught up to the current – and that’s both exciting and daunting. But as far as best binge worthy show from years past, I’d say Supernatural is the one for 2016. 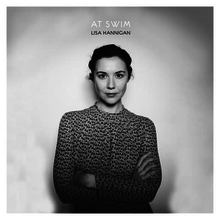 I spent a lot of the year falling more in love with Hozier and Mumford and Sons, but my favorite album released this year was Lisa Hannigan’s At Swim. Hannigan got her start singing with Damien Rice, another of my favorites, but her solo work has been absolutely beautiful. Her newest album has possibly surpassed my love for her debut album Sea Sew, and I have spent a lot of time since its release listening to its eerie and captivating melodies.

Although technically released before 2016, we received Lego Dimensions as a present earlier this year and have quickly fallen in love with it. We struggle finding games we can actually play side by side, and the Lego games are always great choices for us. This one combines building Legos and playing video games, and honestly how can you go wrong with that? The ability to continue adding on character and level packs is fun if not dangerous; we foresee a future of buying lots of them to continue playing together.

An Ode to Die Hard

Last year around this time I wrote a post about some of the movie I love to watch this time of year. I was going to do a similar thing this year, naming some of the lesser known or ones I haven’t watched in a while (the animated Nutcracker from the 90s, The Santa Clause) but as I started thinking about it, I realized I mostly wanted to talk about just one.

I don’t know about everyone else, but I kind of feel like 2016 has been a fireball of a disaster of a year. We kicked off the year with David Bowie and Alan Rickman dying. We’re ending it all so exhausted and ready yet also dreading next year…and honestly for me, I need a movie that best captures that feeling right now. But first, the best meme about this year if you missed it:

So really, don’t we all need a kickass movie to finish the year out while also feeling nostalgic about holiday seasons past?

In this movie, we get to see Bruce Willis try to single-handedly save some bank hostages, including his (estranged) wife, from the dashing Hans Gruber and his gang.

Alan Rickman shines in this movie. He makes being bad look so good. This was his breakout role into Hollywood, and fun fact: they added the scene where he fakes an American accent because Rickman’s attempts at the accent were so good while on set between takes, joking around with everyone. What better way to end 2016 than to watch Alan Rickman (who was amazing…thanks 2016) be awesome? I mean come on, just look at this dashing villain: 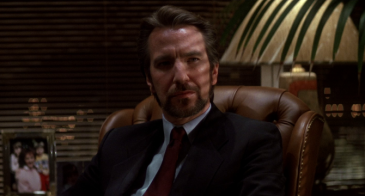 Besides having an absolutely amazing villain, Die Hard has some incredibly quotable lines, some great action, and classic “’80s-’90s Bruce Willis runs around in a tank top covered in blood fighting bad guys on his own” moments. 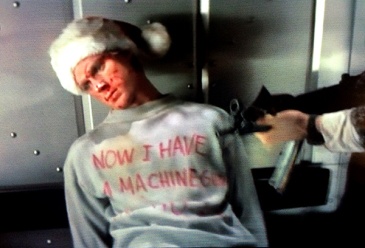 A great movie to pop some popcorn, crack open some beer or hot cocoa, and celebrate the holidays while also saying “Yippee ki-yay –” to the end of 2016. This may just be the perfect holiday movie. Or at least, the one we all need this year.