A few months ago I read a Jezebel article about user-contributed experiences of what they termed “soft sexism.” I will admit this is not a concept I had really heard before and looking around I could not find a specific definition, so I came up with the below from the experiences that I read.

The reason that soft sexism is so problematic is that it can be difficult to tell whether it is just part of the engrained gender paradigm of our current culture and society or whether someone really believes that something is “women’s work” or “men’s work.” At the same time when it does happen it can feel incredibly insulting and yet frustrating because we do not know how insulting it really is. When someone is obviously sexist than we can understandably be pissed and personally I am generally able to just roll my eyes and walk away. I know this does not solve anything, but most of the time I do not feel like smacking my head repeatedly against the wall.

On the other hand when I experience soft sexism I am not quite sure what to think and just end up vaguely frustrated and annoyed.

A picture from the beach recreation area we went to.

This experience had me ranting to David for days and even thinking about it now it still makes me angry. At David’s last job there was a work event that was in an outdoor pavilion. They did potluck style where everyone brought food or drink to share and it was just a come hang out type of event. So we go and are having fun, but it was not the nicest of days and some of us were getting kind of chilly. (I would like to point out that David worked with mostly women and some had invited their boyfriends to the gathering.) Two of the guys had decided instead of building a fire inside the fireplace in the covered pavilion they instead wanted to build it partially out on the beach. Most of the people were under the pavilion cover because it was windy and rainy. So one girl asked if her boyfriend could build a fire inside the pavilion and he said he did not want to.

No one else was stepping up to the plate so I decided that I would just go ahead and get a fire started in the fireplace in the covered pavilion. I did not have the best materials to work with, especially lacking some good kindling, but eventually I got a small fire going. I am tending to it and slowly adding logs to make sure I do not add too much too quickly and snuff out the fire. With the fire going a lot of people start gathering around to be closer to the warmth. A little time later and the two guys who had decided to build their fire out closer to the beach come in and start commenting about what a bad fire it was. Then they proceeded to take over tending the fire.

I was so pissed because while they did not specifically say it, I definitely felt like there was an element of the fire not being good enough because it was built by a girl. At the same time it was not explicitly said so it could have just been that they just might have thought a small fire was not a good fire. Just for clarification a large fire is not necessarily a warm fire. You get better warmth from really hot coals, which do not necessarily require a large fire. If you cannot tell this is still a bit of a sore spot for me because it just felt so insulting – because I know how to build a fire! 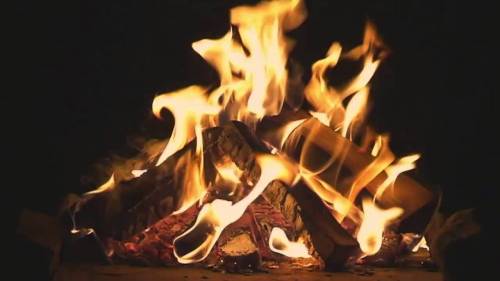 This is not the fire I built that day! This is just a tribute! [Tenacious D playing]

The other place that I have definitely experienced this type of soft sexism is when people are surprised when I am able to lift or move something by myself. Now yes, there are plenty of people who are stronger than me, but just because I am a woman does not making me incapable of doing things. Most of the time there is never an actual comment about the fact that I am a woman. More of either a shock that I lifted something myself, or an “are you sure you’ve got that?” I mean I am currently holding it up off the ground and moving it to where it needs to go, so I am pretty sure that I got it… On one level it could just be trying to be polite, but at the same time it just feels off and slightly annoying.

The other problem is that I sometimes wonder whether I am blowing it out of proportion. I know that sometimes I overreact to things, I had a really bad temper as a kid and I learned how to deal with my emotions productively. One of the things that I know I have to do is take a step back and look at a situation a second time. It can be difficult when something is not an obvious sleight, but still feels like a sleight – you wonder, is it just you? 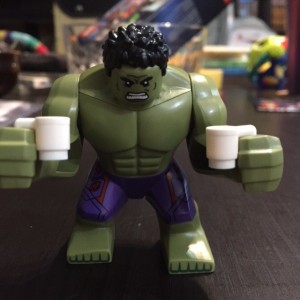 Because not every guy is the Hulk.

Now another area where I feel like we experience some of the most sort of soft sexism is with things surrounding our wonderful Geek Baby. Some situations were people simply wondering why we did not have as much pink stuff on our registry when we knew we were having a girl.

Another issue is around the fact that even months later everyone still asks about how the baby is doing or how I am doing, but they seem to forget about David. Even though currently David is the one who is home with her full time on paternity leave. I know that I am the one who went through the pregnancy and labor and all of those shenanigans and that there are things that I could still be dealing with. At the same time as the temporary stay-at-home dad he is still dealing with a lot taking care of our child and it can be incredibly stressful. Yet, the engrained paradigm is that the mom is the one who cares for the child and so is the most consumed by it, but not the father. This is not meant as an insult or necessarily thinking that it is wrong for the dad to stay home. It is just so culturally or socially engrained into us we do not even notice that we are doing it.

Another way you can see this with interactions with children, especially babies and toddlers, is how we sometimes talk to or about them. It was a long time ago, but there was an article that discussed how we talk to girls in particularly. We need to say my smart girl, my beautiful boy, my strong girl, or even just attribute my wild child to any child. (Side note: Geek Baby is definitely going to be a bit of a wild child, I personally call her my little dare devil). If we always call girls pretty princesses and boys strong men what does that do to how they perceive their places in the world around them?

And what was wrong with the characters’ colors for these?

Discussing and confronting soft sexism is important because it is so hard to prove that it is actually sexist. It is not just about confronting what others do to you, but also confronting things that we might do. Part of the problem with soft sexism is that it stems from the paradigm of the culture and society that we live in, which becomes engrained into the way we think and work in the world. Like in an off-hand joke or comment that just gets thrown around a thousand times without anyone questioning whether it might be better to not tell the joke.

I think the other important issue is that if the person is truly sexist then their true colors will show through eventually. In that I mean that I don’t think most people really mean anything by the comments etc. At the same time it does point to a larger social and cultural issue that we need to keep chipping away at.

What do you think? What stories or examples of soft sexism do you have? And how do you deal with it, in yourself or the world around you? Let us know in the comments below!

Lack of Women in Technology

Girls Suck at Math comic from xkcd at http://xkcd.com

I recently had an interesting conversation discussing women in the tech fields. This led from the person I was talking to having previously had a conversation where people were lamenting the (limited) number of women in the tech field and trying to figure out what to do. Out of that conversation came an intriguing comment: Is the reason we do not have more women in tech fields because there is a lack of interest in the type of work it would entail? There are layers of assumptions found in this comment. The biggest one is that there is a natural difference in what men and women want to pursue in life. The other more subtle one is that there are a different set of skills that men and women have. Part of what I want to discuss today is why jumping to these conclusions without recognizing other issues is problematic. I was honestly surprised when I heard that someone made that comment.

The other part that I want to explore is all the areas that we need to look at when discussing a lack of women in a certain field (or men for that matter). One piece is looking at how society might generally view that particular field. This can greatly steer gender in a particular direction and while it is changing it can still be an influencer (especially if parents are questioning you when you break away from the societal norm). The other piece is that there might be a subculture around that particular field. In that subculture are there elements that might be telling someone, for whatever reason, that they are not welcome? Finally, is there something about the teachers or professors that are teaching the courses that make it unfriendly to someone? Now this might not be wide spread, but if there are teachers or professors that show favoritism to a particular gender it can cause a serious problem. There are those who might fight through it, but when it is a professor that can seem to hold your whole future in their hands, how easy is it to really fight against?

At the same time it is important to remember that we are progressing forward because you hear people talking about it. END_OF_DOCUMENT_TOKEN_TO_BE_REPLACED