Dragon Age: Inquisition… Now That I’m Actually In The Game

After my last review, I should probably do a review of Dragon Age: Inquisition based on the game itself. Last time I was mostly ranting about Dragon Age Keep…

Having gotten past that, I’m enjoying the game far more. I’ve only really hit on one moment where my past games have even mattered – which is both good and bad. I can leave that alone for now.

So I have created two characters, so I’ll tell you some of my experiences of creating both a melee and a ranged character. I’ll also look at the party and classes, the things to do, and close out with some technical considerations. I’m only a handful of hours into the game, so if you’re looking for a fuller review of the game, I liked this one from IGN. They do a good job talking about the game without spoilers. I doubt I have many spoilers either, I’m too early on!

END_OF_DOCUMENT_TOKEN_TO_BE_REPLACED

Posted on December 1, 2014 by CompGeeksDavid | 6 comments

Hi all! (Will get to Dragon Age in just a couple paragraphs…) Good to be back from vacation. We had a fun time, but it was a long time and it’s good to be home. We tried to keep up on comments over time, so hopefully we didn’t miss any – let me know in the comments below if you’re looking to hear from us about something!

Also a thank you to our guest posts last week – two from Comparative Geeks guest-bloggers AC Powers, about ethics in medicine research, and about gaming immersion. Then a guest post from a new guest here, Hannah Givens from the excellent blog Things Matter. She wrote about Ms. Marvel, which I read the first volume of while traveling – great stuff, and great post! 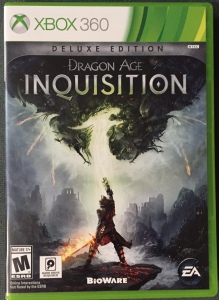 The thing I was most excited about with coming home was Dragon Age: Inquisition. We had preordered it, it arrived, and was waiting for us. Lo! Game was there. I was hoping for my Sunday to be pop, bam, let’s do some playing! I didn’t care if it was Holly or me playing, just to see this game we have been waiting for since the moment we first finished Dragon Age 2. But… there’s not a save game import as anticipated by me in previous posts. So we were stuck going to the Dragon Age Keep online to get our world set up like we wanted it! So let me regale you with our stories of distress, and talk through what I like about it.

END_OF_DOCUMENT_TOKEN_TO_BE_REPLACED

What are You Excited for in Dragon Age: Inquisition?

Dragon Age: Inquisition comes out next week, and we’re super excited. Special edition preordered and on the way soon! We’ve been ready for this game since pretty much exactly the moment Dragon Age 2 ended, as it sets up a teaser/cliffhanger/hook so well that it made Inquisition look like a better and more interesting game than what we had just played!

So maybe some of the poll answers are a bit of a joke, but there’s some serious too… But definitely feel free to chime in in the comments as well!

After talking about Dragon Age and Mass Effect lately, it has us thinking about how much fun the BioWare games are in general. And so, we give you this poll.

I don’t have a clue how I’ll even vote…

I know, it’s happening. I’m going back to Mass Effect 3. 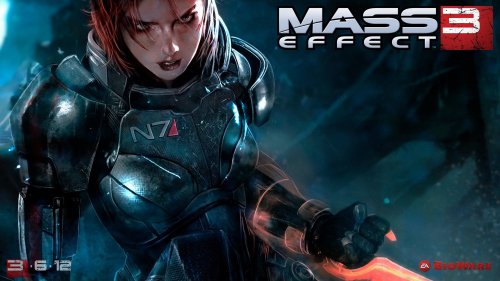 And I’m playing FemShep with the default look, so… this one!

The timing of the creation of our blog is such that we haven’t necessarily talked much about Mass Effect 3. I don’t think any other game has ever received quite the backlash that this game did. I feel safe in saying that because few games have ever created as much anticipation and fan buy-in as the Mass Effect games – playing the same character, with that many choices and decisions, for that long, is pretty much unprecedented. We cared. And, never have we seen a response like we did with this game – the studio went back and made an “extended cut” ending, supposedly to make it make more sense.

I say supposedly, because I had beat the game and was pretty much done with it before this ending came out. As such, I haven’t seen it. That’s one of a few reasons I decided to replay Mass Effect 3! So let me lay out some reasons, and then share some of my initial experience with the play-through, and maybe you’ll decide you need to re-approach this title as well!