More Westworld as we get closer to the April 22 premier of season 2!

trompe l’oeil (per the Google) – noun. Visual illusion in art, especially as used to trick the eye into perceiving a painted detail as a three-dimensional object.

Good day, everyone! I hope everyone reading this is as eager for more Westworld as I am. This most recent episode was pretty shocking. Let’s jump right into talking about some key points, shall we?

There are three main events I wish to touch upon in this post—one fairly tame, and the other two definitely not so. It should go without saying at this point that this post will contain spoilers for the most recent episode of Westworld.

The first point is one echoed from my previous post concerning fan theories—we witness in this past episode the deepening of the relationship between William and Dolores, which eventually sees William’s declaration that Westworld is a place that reveals people’s true selves, and that he wishes to spend his life trying to parse it all out—to get to the bottom of the story. We also see all of Dolores’s drawings and paintings begin to point somewhere, namely to a new location in the park that she and William are now heading toward after separating from Lawrence outside the Ghost Nations. What they find, and where this unlikely romance goes next, is going to be a big unveiling one way or another, the fallout from which will reveal whether William truly is the Man in Black. 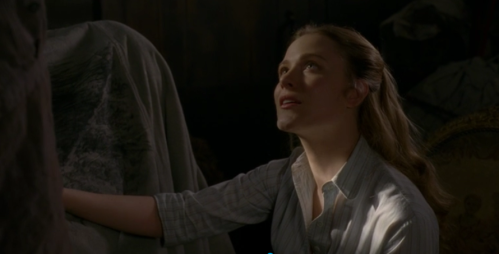 Next up, Delos is out to get Anthony Hopkins’s Dr. Ford as Charlotte and Theresa hatch a plan to demonstrate to him, in front of Delos observers, that the hosts as they currently exist (apparently evolving and with their built-in reveries) are far too dangerous to be allowed to interact with park-goers. Charlotte also reveals that the true treasures of the park are not obvious to the surface level observer, which likely points to the fact that Westworld has been accumulating potentially sensitive information on its guests (among the wealthiest people in the world) for three decades.

Charlotte and Theresa set up a demonstration for Ford and Bernard using Clementine, the sympathetic prostitute host, and a male host programmed to act as a belligerent park security officer. The male host repeatedly beats Clementine, and she begins to defend herself and fight back (holding a grudge, as the programmers say) even after her memory of the encounter is wiped. This is used by Delos as evidence against the park’s safety and Charlotte fires Bernard on the spot, which leads to my final (and most shocking) recap point. 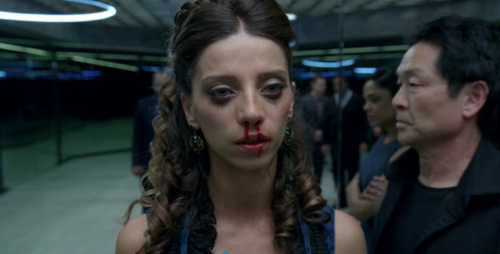 That night, Bernard contacts Theresa to show her Ford’s secret house with his host family, perhaps hoping that a show of corporate loyalty might save his job. Within the house, however, are no hosts and a door that Bernard cannot see—the chilling first clue as to the truth of what he is. Through the door is a small basement workshop churning out a new host, and on a table are the plans for several hosts including Dolores and Bernard himself. Following this revelation, Ford has the horrified Bernard murder Theresa once he has given one of the better villain speeches to air in recent memory.

Thank you all for reading thus far. Be sure to keep coming back for my other Westworld posts to come. What do you all think of last episode’s revelations? Let me know in the comments below!