Not my painting… Warmachine Wednesday

A while back, Chad (of a couple of podcasts fame) won a tournament he was running, where the prize was supposed to be the winner would get a model painted by him. Since he won, he agreed to paint something for everyone!

I had originally selected one model, and it had sat with Chad a while, apparently neither of us very excited about it. Well, it came back to mind and we swapped out what he was painting… and it was definitely worth it!

He sent me some work-in-progress pictures as he went along as well, so here we go! 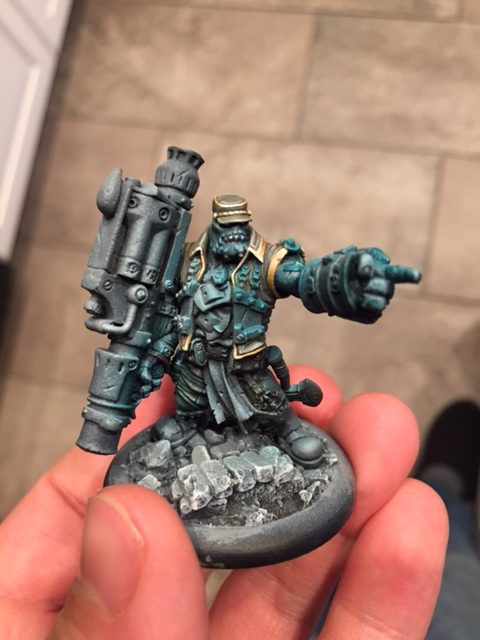 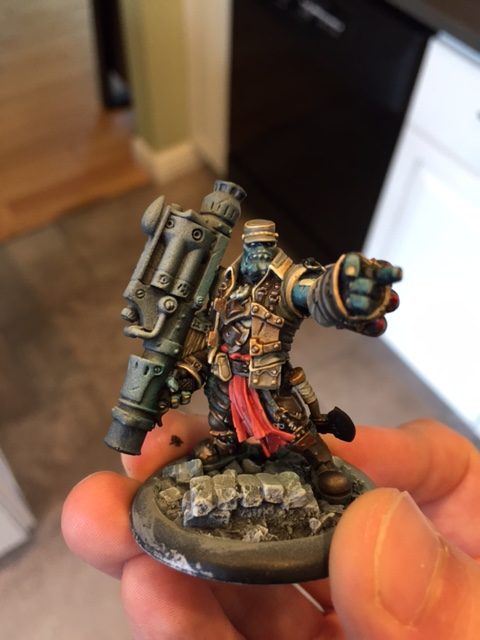 Almost done! At this point, the Bazooka was left. 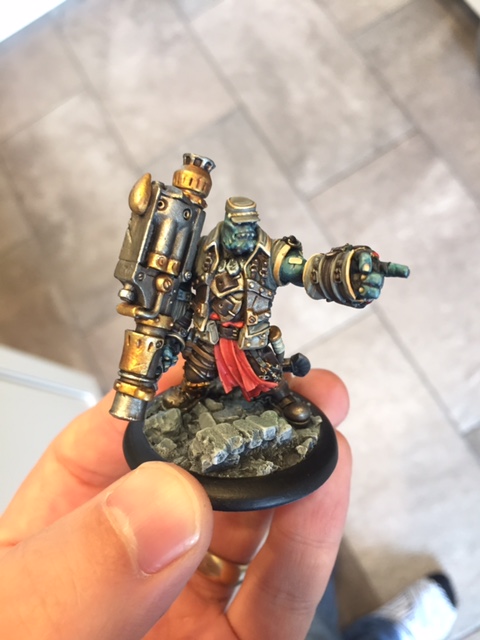 So many details! Extra rockets on his belt, obviously.

Well, now I’m going to have to play more Gunnbjorn! This turned out great. And the red tartan is looking good, excellent proof of concept.