One of the things that has been interesting with us using Apple Music is that pretty much as soon as you hear about a new album, it’s available for you to add to your library, to basically squat on until such time as it actually releases. This would be the normal “pre-order” period, when iTunes and the artists release a few singles in advance along with your pre-order – and you get access to those early singles on Apple Music as well.

One interesting side effect though is that the albums can slip away into your “Recently Added” titles, and sneak up on you once actually released! For instance, Incubus’ new album, 8, snuck up on me and I haven’t really given it a listen yet.

I’ve heard about several new albums in just the last week or two, and thought I would share them and spend a minute looking over the details so I can more appropriately expect them. What’s interesting after I talked about the availability of early singles is that I haven’t tended to use this feature much – maybe to listen to the songs once or twice, and then just wait for the album to come out. So I actually can’t really vouch for how good these albums are seeming so far; I just know I like the artists and want a new album!

Here’s an artist that we found because of a movie trailer, actually, and the song “Castle.” Her last album, Badlands, is pretty new to us, so I was surprised to see a new album is coming out next month!

I’ll admit, I found this one today when looking to see if there were any other albums coming out soon that I didn’t have on my radar… So I only just added it on Apple Music and haven’t listened to any of it yet. But this should be fun. Here’s Halsey’s YouTube.

I have strong opinions about Lorde, I suppose. Voice of a generation, I may have said. So I have been eagerly awaiting a second album since not long after listening to the first, Pure Heroine.

It’s kind of a “no pressure” situation. There are many times that I just can’t imagine a second album being as good as the first, and I have plenty of times been wrong (including with the next two artists…), but I have that same fear here. Again, I think I’ve just listened to the songs once; the first album flowed so well, I think I want to wait for the full experience. You can find Lorde on YouTube here.

New Imagine Dragons! I heard about this and immediately sent it on to Holly. We’ve seen them live in concert. I’ve written about them before as well. I’ve sung their songs to the Geek Baby when she was tiny (their last album was new then). They’re great. 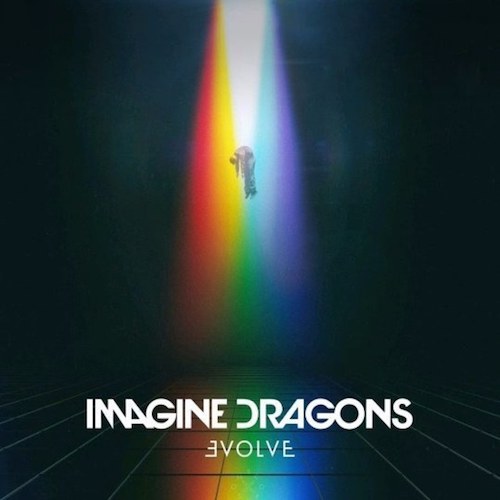 When we heard them in concert, we heard a band that seemed truly honored and humbled to be as popular and big as they were. When I listened to Smoke + Mirrors I heard a band having to come to terms with that celebrity. What will a third album hold in store? Find Imagine Dragons on YouTube here.

Details aren’t out yet for the new album by Foster the People, but to be fair I wasn’t seeing release dates past June so that might not mean a bunch… They did, however, release a single album called III, so maybe that will be the album title? The single album in advance of the full album is sadly a harder thing to keep track of in Apple Music than the pre-order full album… 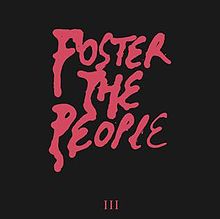 Foster the People caught peoples’ attention with a song that can be pretty divisive; I think it falls into the realm of “make good art.” Their second album, Supermodel, was a little bit less electronic than the first, but oh so much fun. Which way will they lean this time? You can find Foster the People on YouTube here.