“I Loved Star Trek: The Original Series, Where Can I Get More Episodes?”

I’ve wondered the same thing, hypothetical question-asker! Fortunately you’re in luck, because the original Star Trek is a cultural artifact of huge importance. Anything that big gets revisited over and over again, and I’ll read, watch, or listen to anything that makes an effort. There’s a huge variety to suit any taste, but for this post I have one major recommendation and I challenge you all to guess what it is by the end.

In the realm of “real” stuff, as canon as Trek gets, you can always watch Star Trek: The Next Generation and revisit old plotlines and characters. You’ve got the original cast movies, which are in some ways “the same” but almost different versions of the same characters. You’ve got Star Trek: The Animated Series, which used original actors for voices and was better than it sounds. And there’s the series of reboot movies, particularly Star Trek Beyond which most closely approximates something like the original.

Jaylah, Kirk, and Spock in Star Trek Beyond

Novels are a great option too, and there are roughly a gigglety-jillion. If you’re looking for something really specific, to revisit a guest character or something like that, you may only find one or two but you’ll probably find something. I’ve mentioned some wacky ones here but there are plenty closer to the original series in tone — some off the top of my head are The Eugenics Wars by Greg Cox, Timetrap by David Dvorkin, Invasion: First Strike by Diane Carey, and Tears of the Singers by Melinda Snodgrass. Plus it’s not exactly, er, normal, but you’re missing out if you don’t read William Shatner’s Shatnerverse books.

A step further and you’ve got fanfic or other fanworks. Quality varies from bizarre paragraph-long vignettes about Spock as a dentist to multi-novel sagas with better characterization than some episodes from season 3, but as with the published novels, there’s something for everyone. Whatever you’ve wondered about, someone’s written it (with of course the glaring exception of the one thing I really want to read, a take-off on “Balance of Terror” where it turns out Spock really is a Romulan spy. Rec me if you know of one). I won’t do much reccing because it very much depends on what events you want to see, but there are episode addenda, episode retellings, episode followups, new episodes, a detailed episode-by-episode analysis of why Kirk/Spock was a real thing, anything you want.

But let’s take a step back toward the novels and talk about comics. Even fans who like fanfic sometimes think they won’t like comics because they’re associated with being confusing or difficult to access, and I get that, but I promise it’s not as confusing as superhero comics. With the resurgence of interest after the reboot movies, it’s easier than ever to get collected editions of comic series, so you don’t have to figure out issue numbering, just think of them the same as novel series. You can get stories about Khan and aliens and whatever, just like the novels. You can also get reprints of the original Gold Key comics from the 60s and 70s, which are hilarious, or the newer Star Trek: Ongoing series that retold original-series plots using reboot-movie characters. But most importantly, you can get Star Trek: New Visions by John Byrne. It’s a comic series that uses collages of original episode stills to create new episodes. 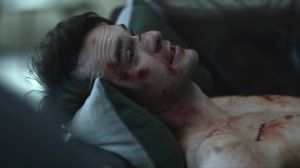 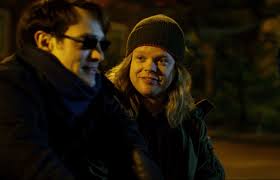 It sounds silly — and kinda looks silly at first glance — but hear me out! John Byrne isn’t just some guy, he’s been a major comic author and artist since the 70s, and clearly knows his Star Trek. The New Visions series ran for two years and four volumes, with each (long) issue as a new episode of original Trek. It captures the rhythm of an original Trek episode, the style, the story functions of each character. (And while it’s a bit limited as far as diversity based on original images, he also pastes together a few new characters and does a much better job including women than Star Trek: Ongoing. Much better).

It doesn’t have the same variety of tones — original Trek could be serious, fun, goofy, self-important, intense, but these mostly fall into a “weighty” category, a feeling of pondering the mysteries of the universe. The “Where No Man Has Gone Before” sort of tone. I don’t mind that, it’s as authentic as anything. Most plots revisit original episodes, extending concepts to see how they might play out, but always in character. Some plots are new, but in the same spirit, the same general classifications of episodes and the same concerns. Even the sciencey sci-fi bits don’t make sense in the same way that original episodes didn’t make sense! Once you get used to the slight choppiness of the images, it’s really truly like watching new episodes of Star Trek. I’ve even seen each episode enough times to recognize the pictures, but I still forgot they were reused most of the time.

I honestly never expected New Visions to be good, but it’s great. It may be more like the original series than anything else I’ve seen. But I’m always looking for more recommendations, so feel free to leave them in the comments!