How Are They Going to Pull Off… Doctor Strange

So hopefully this is the start of a recurring sort of article type, because I can think of several other things to apply it to! The question here is: how are they going to pull off the movie, Doctor Strange? Back a few years ago, I wrote a post talking about how in the grounded Marvel Cinematic Universe, they had left no room for Magic. The closest you get is Thor saying that advanced science is indistinguishable from Magic, and while that might be a fair assessment, it’s also probably not the explanation we’re going to see for the Sorcerer Supreme.

In that original post, I basically posited that there just wasn’t going to be a Doctor Strange, and it made me sad because the character is fun and very different from everything else. I also spent some time exploring the thought of casting one of the actors who has played The Doctor in the role of Strange himself… and they actually got really close by casting Sherlock (Benedict Cumberbatch), right?

About to enter the Mind Palace…

Meanwhile, they got a writer/director (Scott Derrickson) known more for his work in the horror genre, so they seem to be steering hard into the supernatural and suspenseful elements that are possible with Magic. That really makes it seem that, indeed, it’s going to be Magic. Although the first trailer shows us more than that:

They are going full-blown alternate realities. A multiverse. And while this is often an element of the more science-heavy comics, it’s coming up here in Doctor Strange. So maybe they really are going with a scientific explanation, or at least a nod towards science.

I’ll admit here: I haven’t seen the most recent trailer. I’m torn. As Holly points out, we know we’re going to see the movie, so why go in with any more spoilers? Honestly, this first trailer is so good. “Teach me.” Sold. Done. I’m there. He’s asking, in many ways, the questions I’m asking here. But… let’s go into wild speculation mode here.

I guess we’re still a couple of years out from Thanos and an Infinity War, but still, there are two of the Infinity Stones which have still not yet appeared on screen. Given that we’ve already had ones introduced in Thor: The Dark World and Guardians of the Galaxy, I don’t find it likely that their sequels (both coming out next year) would necessarily ALSO include an Infinity Stone as the main object of the plot. Maybe I’m wrong.

I used this before on this: https://comparativegeeks.wordpress.com/2014/10/29/marvel-phase-3-theyve-given-us-too-much-to-talk-about/

They’ve gotten a lot of mileage out of the Infinity Stones so far. The Tessaract was the object in two movies (Captain America: The First Avenger and Avengers), and the Mind Gem moved from Loki’s staff (in Avengers) to the Vision (in Avengers: Age of Ultron). After creating Ultron. That’s a whole lot of villainous hijinks, and the villains have been doing a lot with them: making weapons, enslaving armies, making armies, things like that. The Aether was being pursued to destroy the world (or some such), so that would be bad, and The Orb in Guardians was used for all sorts of destruction or possible destruction, though to be fair the real goal for it was to start the collection and get the gauntlet going… 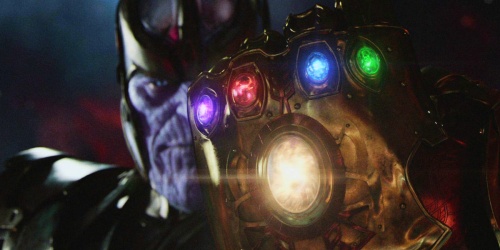 Anyway, RIGHT, Doctor Strange. With both the Time Gem and Soul Gem in play, I think either one could be an interesting thing to encounter in Doctor Strange. The Soul Gem would play into the more astral-plane-magical-master elements of the character, but the Time Gem might play more into the alternate-realities elements we see in the trailer.

Given that the Vision currently has a stone embedded in him and providing him power (that’s going to have to come out before Thanos can do his thing…), they could always have something similar for Strange. His most iconic item is the Eye of Agamotto, and it would be interesting to make this one of the two missing Gems… Stones… whatever they’re being called at the time.

That would also put all of this magical power in the same realm of “unexplained super science” as everything else that the Stones have done in the movies. And that’s I guess my overall point here: maybe that’s how they’re going to explain the magic.

I was trying to think how I would do a post about the return of Agents of SHIELD, and the new addition of Ghost Rider… but I don’t know that it needs its own post, at least not yet. However, it’s relevant here.

We’ve only seen the first episode of the 4th season (wow, 4th season? Already?) because of the delay to watch it free via the ABC App, and they are definitely wanting to slow-burn (pun!) a few of their reveals. One of these is who the new Director of SHIELD is (Holly and I were basically yelling at the screen when the episode ended and we didn’t know that yet), but another is what the heck is up with Ghost Rider. 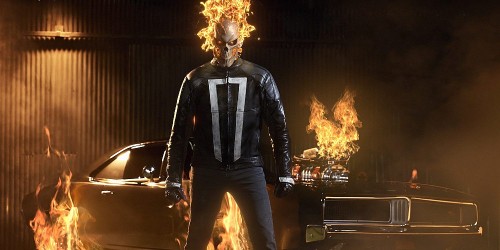 Although there seems to be implications that the character received his powers as an Inhuman – it seems like the character, in particular, believes this to be true – they have left a lot of doubt. One is I suppose the meta-doubt just knowing that in the comics Ghost Rider isn’t an Inhuman. But another is that some sort of evil spirit… thing… haunted a bunch of bad guys and they killed each other, and now seems to be haunting May. The groundwork is there for a more supernatural explanation of that occurrence – and thereby, of Ghost Rider as well.

However, I want to expand that idea, because of the interconnected Marvel Cinematic Universe, and because of the timing of this with Doctor Strange now about a month out. I think they may be laying the foundation for the idea that there is Magic in this overall universe.

Now let’s think of audience. Your average moviegoer is going to get to see a movie about a surgeon who becomes a magician, and has adventures in Inception. That’s what the trailers have promised, and seems likely to be what they’ll get. And that all looks and sounds great. My whole point in the beginning, about Magic being something that wasn’t a part of this new Marvel universe, hinges on the sort of fan who is watching everything, who is looking for all its interconnections and for internal consistency. That’s the sort of fan (like me?…) that is also still watching Agents of SHIELD.

Which I think means it’s reasonable for them to use SHIELD as a foundation for what they’re going to do in the movies. Certainly, the show early on made us care about SHIELD as an agency a bit more, right before it got torn down in Winter Soldier… and it got us interested in the mysterious blue aliens in time to see more of them in Guardians of the Galaxy. So this is not new territory, despite the fact that you also hear rumors that the movie and TV sides of Marvel are not completely in sync.

So yeah… is that show just setting us up to feel totally okay with Magic in a month’s time? Maybe!

How do you think Marvel is going to pull off Doctor Strange? It’s definitely another example of Marvel making a movie that is going to be an entirely different genre than some of the previous have been, so it should be an enjoyable and original experience regardless. But that doesn’t mean I don’t want an explanation of how and why there’s Magic in the MCU!