Well, the new edition of Warmachine and Hordes came out over the weekend, with the rules provided for free online (finally found them in the bar at the top of the page here). They also built the actual rules PDF into their army list app, the newly released War Room 2, which is where I’ve been reading it. 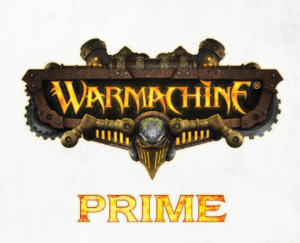 I’m about halfway through. I’ve been busy. Also, keep running back to building armies…

The advice from Privateer Press was to read all the rules, and to do so carefully, so by golly I’m doing so. So far, not a lot of changes that they didn’t let us know about in advance… and otherwise, some changes where they cleaned things up and made them clearer.

There’s definitely some mistakes on all the various model cards, and some other different ones in the app, but I don’t mind those necessarily – it’s a new edition, these things happen. Or as the joke goes, they did just hire for an editor position… The real positive in their favor is it sounds like they’re planning on a full errata write-up in about a month, so they’re planning to jump on the obvious problems quickly. They have a rules forum as well, which I hadn’t frequented before but which looks quite busy!

I also played my first couple of games in the new edition last night, so with rules and games, I think I have some grounds for a first impression post!

If you ask most players what one of the main reasons and goals for a new edition was, I think they would say that it was to get more of the actual big stompy robots – the Warjacks – on the table. They are the thing that attracts players to the game, they’re the focus of the starter boxes and the early weeks of Journeyman Leagues… but in the old rules, they tended not to work as intended.

Warjacks work in a system of limited resources, and before, there were usually better uses for your resources. I mean, I guess there might still be better uses for your resources… but now, each Warjack gets one Focus point every turn, effectively increasing how much of that resource you have. Needed even for some basic actions, each Warjack having one means they can do a whole lot more.

In practice? Yep, I got to play against a whole bunch of Warjacks last night. They hit hard, they die hard, it was the sort of game that you envision for Warmachine.

One of the games that Warmachine and Hordes is most often compared to is Chess. Most of all, it’s because of your leader, the Warcaster or Warlock, is best described as a King plus a Queen. Easily your most powerful and flexible piece (and if they’re not, there’s probably a design problem going on with something…), but also you lose the game if it dies.

Killing the enemy leader is called assassination, and in particular is used in talking about not just killing them because the opportunity presented itself – but in terms of setting up that situation yourself and making it happen.

There are quite a few leaders and other models in the game that seem to be intended for assassination, but it being a dice game – and previously with unknown table measurements you’re working with, something solved with premeasuring – assassination as a strategy proved very inconsistent. I think there were a few shining examples of being able to pull it off, and I think that they learned a lot from these.

I think that a lot of the specifically assassination leaders and pieces have gotten some of the things they were missing, to make them good, to make their strategy possible. One I am very excited for is Aurora, my Clockwork Angel Warcaster. Instead of being based now on her making it to the enemy and hoping the dice work out (and if they didn’t, you died), she can now make her army fly and be able to get where they need, and able to move when they’re done, letting her basically throw her whole army at the enemy leader bit by bit until they’re down.

But I decided, since I hadn’t gotten to play much of my new trolls before the new edition was announced, that I was going to play them here at first. And so I did. In my second game, I played a Warlock who I thought had real assassination potential… and I was not disappointed.

Using nothing but her voice, she set me up to kill the opposing Warcaster no problem. Didn’t need a plan to kill all those Warjacks…

Which brings me back around to my first game, when I did try to kill all those Warjacks.

Toning Down the Power Pieces

One of the other things that they got to do with a new edition was to wield the Nerf-bat and tone some things down.

I got to feel this in my first game. I finally fielded the mighty Mulg the Ancient, who was previously so powerful that he tended to be more powerful than your Warlock. Meaning yeah, he got nerfed way way back. Still, he did pretty well in my game, so it’s not a complete loss. I do mourn that which I never got to play, though.

Still such an amazing model, looking forward to painting him!

Some of the possible nerfs also seem to really just be side-grades, shifts from one thing to another. Time will tell how these sorts of things turned out. I played my same Warlock from the Journeyman League, and he definitely got some side-grades but still has some good tools… but I think I’m looking for someone more fun to play. His second form, for instance…

So while the mighty may have fallen, I also think that a lot of things that were previously just never used now have a place. That’s pretty obvious, since of course they would want to make these things good.

However, there’s also some things that are already being called unplayable in the new edition… so I thought I would try a few myself. First up was a troll that I got on eBay already painted, who I was sad to find got changed a TON.

Incredibly hard to photograph, what with the standing on the single fist as he runs forward… cool model though!

I could definitely feel many of the ways he had been scaled back; however, he was still alive at the end of the game. They redesigned him to be a more tank-like beast, leaving others to be the beaters. Well, he was alive despite my opponent’s attempts to the contrary, so maybe he does better than thought?

I think there are going to be a number of things like this, that work a little better than people think. It’s hard for me with trolls: I own a relatively very small part of the overall army, and I’m not looking to spend much money on it. As such, I’m not out there looking to buy “bad” things and hope I can make them work…

However, I own one of almost everything in my Convergence of Cyriss Warmachine army (easier to do as it is both newer and a limited-release army, and I’ve been playing it about 2 years now!). And I have spent weeks now arguing on the forums that some of the seeming unplayable models from the last edition actually have game in the new edition. One unit of which I’ve had to actually order… I hadn’t bought them when they were “bad!” Actually feeling like I can use all of my different models is a good feeling, since the alternative is feeling like I’ve made a mistake – either in my list creation, or in spending my money!

I’ve heard unbridled optimism, I’ve heard doom-and-gloom. Forums, podcasts, Facebook groups, the Warmachine and Hordes community has been buzzing. The rules are here, we’re finally playing games… and it’s still a fun game. I’ve had a blast in my two games so far, and I’m looking forward to more!

Here's the MVP… Ate up a whole turn of my opponent's, tough rolls keeping a 5-focus Centurion Force-Locked in place! #Cygnar #trollbloods #warmahordes