Me and my Trolls (with pictures!) 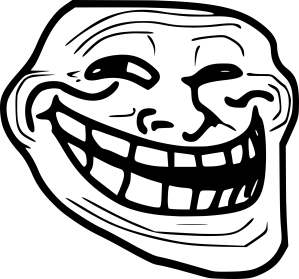 No, no, no. Not that kind of troll… Trollbloods! I had mentioned that I had started a Trollbloods Hordes army, and now I’ve had some time with them and it seemed like time to talk a bit more. And share some pictures because I’m realizing I haven’t done much of that yet, even on Instagram!

So it seems that I chose a pretty good time to get into Trollbloods… as I mentioned they had been nerfed, which meant that there were a good number of people who had headed to eBay to sell some… so I got some deals there. Then last week, Privateer Press who makes the game changed their rules on people selling things at a discount… so apparently I ordered the things I got from retailers in time too! Sadly I haven’t gotten everything I really wanted at first, but it’s now slow-grow time. Hitting the eBay again… likely some posts on that to come.

But for now, a few musings, a few pictures, all Trollbloods!

So sure, okay, it’s all new stuff. But I mean, it’s new options I didn’t have before in my last army, the Convergence of Cyriss. The Convergence is the newest faction, and came out as a complete army in one book. The rest come out a few releases at a time, over the years, always with new stuff coming out. And hey, maybe someday Convergence will get some new stuff… The hope is sometime this year…

The Trollbloods have gotten a number of great new releases the last few years, but supposedly no one was using them. This is the theory that seemed to go into the nerf… nerf everything that was getting played, and then trolls players will have to play the new stuff.

As a new player, though, it wasn’t like I already owned all the nerfed stuff, so only a theoretical loss to me! But still, not what I mean by new stuff…

No, what I liked about the Trollbloods as an army was just how different they were from the Convergence. How many things I could do that I couldn’t do with my first army. I’ve been relishing this fact, which has led to some tactical blunders so far. But I’ve set several enemy leaders on fire, which is new, and oh man is it fun!

Time to catch Nemo on fire! It went out though… #trollbloods #Cygnar #warmahordes

I’ve also really liked the look of the different mage units in the different armies… and I am loving the Trollblood version, the Runeshapers. They’ve won me a game already!

Here's the MVP… Ate up a whole turn of my opponent's, tough rolls keeping a 5-focus Centurion Force-Locked in place! #Cygnar #trollbloods #warmahordes

So, I’ll be honest. I’ve been losing. But it’s something that happens pretty regularly, it sounds like, with Trollbloods at low point levels. Why, you ask? Well, it’s the same answer as to the question, “hey David, what’s most of your Trollbloods army?”

I’ve had some defensive support. And when you’re relying on defensive support, and have to eventually go on the offensive… well, judging that moment and how and what to do can be a bit harder. I could work on learning that… or just start playing higher point levels. 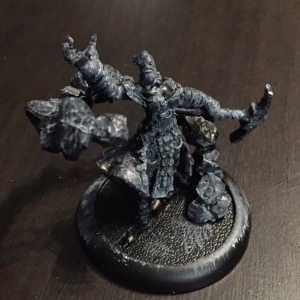 Holly’s painted some of the support too!

Of course, a lot of Trollbloods stuff doubles as both offensive and defensive… and maybe the best example of that is the Earthborn Dire Troll. This is the one piece I got on eBay already painted, and while I don’t think it’s necessarily a paint scheme we need to try to match, I can’t bring myself to think of painting it another way… so for now, we live with it.

In closing, I’m really enjoying the Trollbloods so far. I own most of the support for the army, so now the things I would be picking up are the heavy hitters, the awesome units. I also have a number of the leaders, so there’s a lot of variety to what I can play with what I do have. There’s some magnetizing to go, and a number of things still to build. And lots of painting for me to do – with Holly’s help!

And some more eBay bids to watch… To truly say I’m playing Trollbloods, I need Mulg. So watch for more pictures to come on Instagram as we take on the Trollbloods!

5 responses to “Me and my Trolls (with pictures!)”