It’s been a busy few weeks here, as we worked our way through some of our normal features – like best of last year, and anticipation for this year. Plus the holidays, all that… it’s been a while since having coffee. So…

If we were having coffee, I’d say hello, and how are you doing? I’d probably talk about the upcoming Platypus Con, and all my plans to get things constructed, painted, and on the table to be playing some increasingly cool looking and competent Warmachine with our growing group.

I might talk about shows or games or other things we’re up to, but honestly those all came up in recent posts as well. No, what I’d probably do if we were having coffee is gush about the Geek Baby.

I’m sure you can imagine where our problems begin. If not, hello, welcome to Comparative Geeks, we’re kind of plugged in.

So I have a couple of links to articles we read in the Wall Street Journal recently… sorry they do a paywall. The headlines say a lot, but if you want to read it, I’d try your local library?

So as you can see, there’s a strong push going in both directions right now. On the one hand, the thought that we are all just too connected, do too much with technology, let it do too much for us, and that for brain development and kids (many proponents would probably just say for everyone) limiting, cutting down, or eliminating Screen Time is important.

On the other hand, there is the realization that not all uses of technology were created equal. When the main concerns over Screen Time first arose, they were centered around television. Yes, letting television raise your children (the great boogeyman of the last generation or two) is probably not as good for them as human contact. 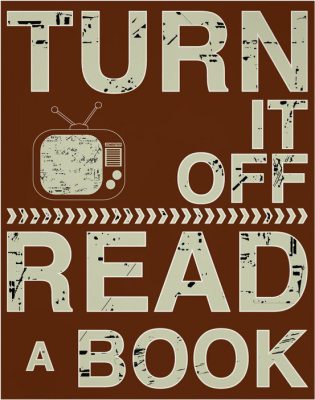 Hey! We’re working on books this year!
…Some on a screen…

However, there’s the concern we heard when we were with a group of parents and first hearing about this, and the changes to it. What about, say, Skype with the grandparents? Is that a no-no until age 2? What about educational tablet apps and games? Is a digital puzzle better/worse/no different from a normal puzzle? They’re only just starting to really look at these questions, especially since there’s always a depressing amount of research on things like video games.

Because the realistic thing is, the Geek Baby – and her generation – is going to grow up with technology all around. And if all the schools with a device in the hands of every child, and bring-your-own-device, and all of these things continue and grow, technology use is going to be important in school – and then, even more important in life. More and more jobs are going to be technologically based, and a lot of them probably legitimately technical. This isn’t Science Fiction Today, it’s just what we already see happening around us.

As heavy technology and media users and consumers ourselves (again, see also: the entire rest of the blog), the no-screen-time restriction either means change our whole lives – beginning with shutting down the blog – or ignoring it. Well, we can at least ignore it carefully. We do a lot with media while she’s asleep, but we interact – or often even actively leave the house – a lot while she’s awake.

We tend to use our phones while she’s eating, and have from the beginning. Somewhere in there, she has picked up on the phones being The Most Exciting Toy, and she wants it. Turned off, just an object in space. But she knows it’s special and important and interesting, because she has passively observed Holly and I both using it plenty. No avoiding that – what I am avoiding is her interacting with it actually on, and her putting it in her mouth.

We’ve FaceTimed with the grandparents. No apologies.

And I do think we will probably have technology in front of her at a young age. We’re both in pretty technical careers, and both supportive of that. Pretty sure there’s a T in STEM, and that we need more women in technology. A part we can play in that is nurturing a love of the STEM fields in the Geek Baby. That seems counterproductive with keeping her away from technology.

So, are we going to plop the Geek Baby down in front of the TV for life? No, but we have found the kids feeds on Hulu, NetFlix, PBS apps, and with the HBO purchase of Seasame Street even they’re a player. Just have to make sure we can keep Seasame Street (kid appropriate) away from Game of Thrones (no one appropriate)…

Will the Geek Baby be playing video games? For sure. We have a lot of great co-op games – like the Lego Games! But we’ll also be playing card games and board games and what have you.

The hard part in all of this – I guess the part that you can really call “parenting” – is the when on all of this. The how much. I’m excited for new guidelines from the pediatricians this fall, but… 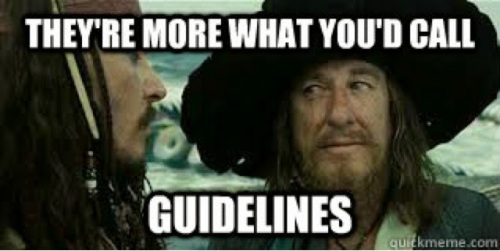 We know how that works out. It’s a moving target, it’s knowing the Geek Baby, it’s advice from others, it’s instincts, it’s all that. Blah. Wait – advice, that’s one that we can tap now! What do you think? Let us know in the comments below!

Except Barbossa, the pictures came from a Google Image search of “no screen time.”