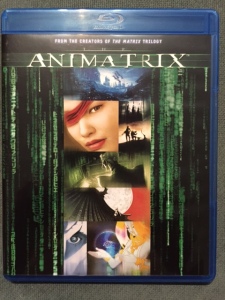 The Animatrix – an example I thought of but didn’t work into the post otherwise.

Now recently there have obviously been a lot of comic book stories, and books have been translated to TV shows and movies. At the same time TV shows and books have also been translated to graphic novels. Recently I think there has been an increase in this happening. I don’t know if this stems from a simple desire for more revenue streams or as a way to introduce the story to a wider audience.

The big thing is that there are a couple of different ways that this medium crossing occurs. One of the first things that kind of has to be decided though is what is the core or main story and which medium does that story exist in. Then you can tell what the cross points and off shoots are and pinpoint how they connect.

Pre-Story or Side Story

One of the ways that storytellers have used different mediums for is to tell the prequel to the main story or to introduce additional elements of the story. There are a couple of different stories where this has been utilized. One of the most recent examples of this was a digital Infinite Comic that served as a prequel to Guardian of the Galaxy. It essentially was a piece of the story that was too much to tell in the time span of the movie, but was not important enough to be included either. 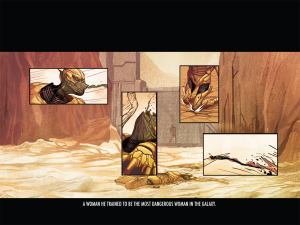 The other option is that it could be a story set in the same world, but utilizing entirely different characters. The fun thing about both of these options is that it allows for an expanded world or universe without being necessary to the other story. Now some of these could stand alone, while others rely heavily on the core story from which they off shoot. Most often these stories are not told in the same way as that main or core story. 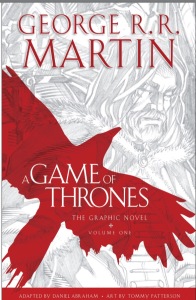 We have the first volume of the graphic novel – just haven’t read it yet.

Game of Thrones is actually a huge example of this where the books have been turned into a TV show and there is a graphic novel adaptation as well. I have not read the graphic novel version, but the TV show at least is definitely starting to take quite a few liberties. This means that fans of the books and fans of the TV show have very different experiences and understanding of the story being told. Essentially they are telling different stories. Now when this happens it makes me wonder whether it is still worthwhile to be called Game of Thrones. At what point do you change the story enough that really it is only tangentially connected – but one or both are gaining momentum off of the other story medium.

The continuing story option is a bold move in my opinion. This is one where a story existed and then you decide to continue that story, but in a different medium. The big examples of this that I have read or watched are Buffy the Vampire Slayer and Firefly.

With Buffy the TV show lasted 7 seasons, but reached a pretty sound conclusion. Then 4 years later they came out with the Buffy Season 8 comic series, which has even continued on to a Season 9 series. They decided to take a look at what Buffy Summers and the Scooby Gang are doing after the end of the TV series. It is not a new TV show and they are able to explore a wider world then they really could with a limited-budget TV show. It works, but I wonder if it is only fans of the show reading the comic or whether the comic has found its own following?

Looks like we have some reading to do... #firefly #serenity #comics

Then you have Firefly; which started as a TV show, had a few one-shot comics released to expand the story and the universe, then continued as the movie Serenity, and finally seems to be starting a comic series of its own. Again this short-lived TV show has a pretty rabid following, but do any of the continued stories exist on their own with their own following?

In today’s world with the ever-expanding methods of experiencing a story it makes sense that we are given multiple ways in which to experience that story. I have only touched on the pretty static media, where the consumer just sits their and consumes the story in front of them. This does not even begin to touch on what happens when creators try and take a story and turn it into a video game where the hope is that as the consumer your choices matter and help shape some aspect of the story.

At the same time with the ever expanding choices in stories to consume there is a question of whether people can get pigeon-holed. When you can experience the same world in many different ways can you get stuck in that one world instead of exploring the millions of other worlds and stories available to you? Or does the expanding of these universes allow for greater detail and exploration into a world that one story does not cover alone? The use of multiple media allows for each story to work in their unique setting and allow for an expanded audience experience of the same world.