Genderfication of Color, or Why are All the Baby Clothes Pink? 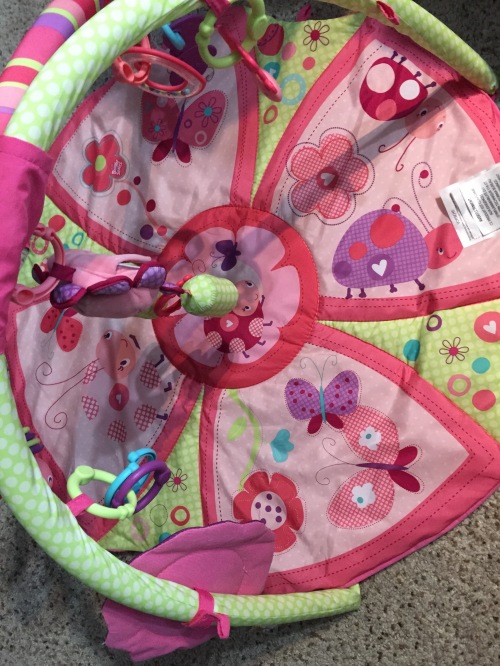 For those of you who do not know David and I recently added an addition to our family in the form of a new Geek Baby, who happens to be a girl. Besides some things to consider when she was born, when changing her, or with the name we gave her there is not much reason that her being a girl matters at this age.

At the same time when it comes to baby clothes it is amazing the difference color schemes that you will find in baby clothes that are designated as “for girls.” The fact that some baby clothes are designated “girl” is kind of ridiculous in my opinion because generally it does not matter. At the same time the thing that I am finding is that the way they designate clothes as “girl” is through the color and it is just ridiculous that we would decide that we need to color things differently based on gender. It does not entirely end there because there are toys and more that also get color coded along the same lines. The interesting thing is definitely that we buy into this delineation literally. 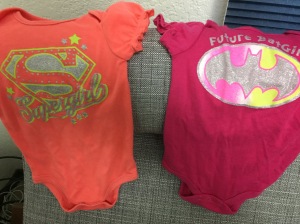 The baby clothes thing can get particularly ridiculous. Now we personally decided to try and go as gender neutral as possible when we were asking for clothes because we knew that there was a possibility the ultrasound could be wrong. We also figured that people would probably get us enough pink stuff anyway – and boy were we right. Now don’t get me wrong I have no problem with my daughter wearing pink, but the fact that almost every outfit designated as “girl” contains pink is where it just seems to get a little out of hand. The other thing I noticed is that “boy” clothes seem to have deeper, darker colors and some pastels, but mostly blue and green. Then the girls have either pastel or bright neon, but also includes pinks and purples.

The interesting thing I think that it is more socially acceptable to put a girl in the “boy” colors than the boy in the “girl” colors. Some of it just depends on whether you are okay with people calling your baby girl “he” or your baby boy “she.” The big thing is that at this age it so does not matter. The important thing is that they are clothed appropriately for the weather and while there are a lot of cute outfits you can put them in the color is really one of the least important elements of those choices (besides the fact that babies are messy and white tends to stain). 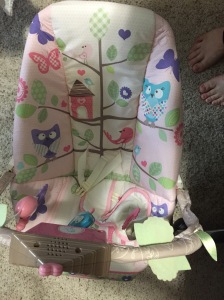 Now this is where it can get even more tricky in my opinion. Now for the most part toys in general seem to be neutral because it is about stimulating all of the baby’s senses to help with their development. This does not keep companies from adding pink to toys to make them for “girls”. The fact is that people can and do create rooms that are entirely blue or entirely pink based on the sex of the baby. Now personally, while I do not have a problem with pink, I would never want to have everything pink because that just seems extreme to me. So instead of choosing a color for the baby’s room we have gone with a more generic animal / zoo theme. We have all kinds of animals for the crib and grandma got her a beautiful alphabet zoo picture that we can hang on the wall. It is very easy to create a room that is good for all babies, but there is a mentality that we need to put “girl” or “boy” things depending on the child.

The two examples above are simply the idea that you add pink (and possibly a bow) to make things for girls, but often they are things that people have thought up and decided to make them pink. There is another level of creating things for a specific gender and that is to alter the original color of a thing to make it “girl” friendly. Examples of this can be seen with adding pink to the logo of things or making something pastel to make it more “girly”. The implication seems to be that girls want things that have pink and will not like things otherwise, which really is a concept that I cannot understand. It will be interesting as she gets older and to see what she how she reacts to the amount of pink that shows up.

Now as Geek Baby is too young to choose for herself we get to choose for her and can try to expose her to a variety of options. At the same time as she gets older it is important to allow her to start to choose and not disparage any of those choices. It could be that she ends up liking pink and wants everything pink and that is fine. The problem is the fact that we seem to designate pink as “girl”, when really a color is just a color. We have put meaning on to it, but in the end a color is not going to be the only reason a child plays with or wears something (for the most part). It is also the fact that we need to recognize that kids can really wear any color and it does not change who they ultimately are.

The Alphabet Zoo poster we will be hanging up in Geek Baby’s room.

This entry was posted in Feminism and tagged feminism, Geek Baby, Pink. Bookmark the permalink.

16 responses to “Genderfication of Color, or Why are All the Baby Clothes Pink?”