Supernatural – An Overview Part 2: The Villains

Welcome back to the conclusion of my two-part review on Supernatural. Last time I dealt with the heroes, including an overview of the stars of the show – Sam and Dean Winchester.

This time I’ll be taking a closer look at the villains; those harbingers of evil who make life extremely difficult for the Winchesters. 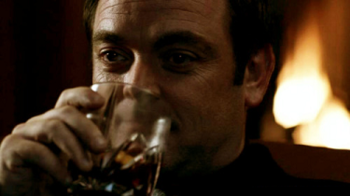 I had to deal with Crowley first. He’s the king of hell; the demon we love to hate, and secretly like a little (or is that just me?) He might be evil, unapologetically so, but he’s upfront about it. He has a nickname for the brothers – Squirrel and Moose. He mainly calls Dean by his given name though, whereas Sam is always Moose, and it makes me smile every time! When the need calls for it Crowley teams up with the Winchesters, and those episodes are always fraught with tension and much humour.

Crowley (to Sam): Who would have thunk it, ey, Moose? You and me. Same team. In the trenches. When this is over, we can get matching tattoos.

He has a voice like gravel, a sharp wit, and an attitude fit for his position. He might be the bad guy, but he’s so good at it – it’s hard not to love him!

Editor’s note: It’s none other than the always amazing Mark Sheppard! 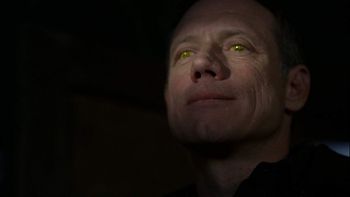 I need permission… I need to be invited, into their houses, I know, I know, the – the red tape’ll drive you nuts, but in ten short years, it’ll all be worth it. ‘Cause you know what I’m gonna do to your sibling? I’m gonna stand over their crib and I’m gonna bleed into their mouth. Demon blood is better than Ovaltine; vitamins, minerals – it makes you big and strong – Azazel (Supernatural)

Azazel (yellow-eyed demon) killed Sam and Dean’s mother when she discovered him in the nursery over Sam’s crib. The demon fed drops of his own blood to Sam (and other babies), creating special children he later planned to use as his demon army. Azazel was eventually killed by Dean, but until that point he did his best to destroy the Winchesters lives.

Azazel was a real bad-ass – he could teleport; create and manipulate fire; possess humans and had superhuman strength. And that’s only a few of his abilities! Luckily, the brothers discovered a weapon (the Colt) which could kill him. 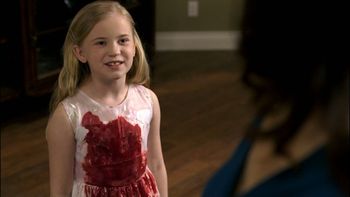 I found Lilith particularly disturbing. She was released by Azazel, and as the first demon ever created she packed a hell of a punch! Though we never saw her true from, Lilith had a penchant for possessing young girls. There was something extremely horrifying about a girl torturing and killing people with smug satisfaction.

Her powers included an explosive energy, which she could manipulate at will and destroy people and structures alike. Sam managed to kill her, but unfortunately her death was the last remaining seal to Lucifer’s prison, so by killing her he released Lucifer. 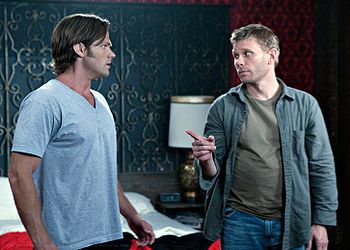 You people misunderstand me. You call me “Satan” and “devil,” but… do you know my crime? I loved God too much. And for that, he betrayed me—punished me. Just as he’s punished you. After all, how could God stand idly by while that man broke into your home and butchered your family in their beds? – Lucifer: Supernatural

When the seals broke and Lucifer was released from hell, he needed a vessel. He chose a man named Nick (the above quote relates to Nick as his family were butchered in their beds). Lucifer requires permission from his vessel and tricks Nick into giving it. His main target, however, is Sam – who was the intended vessel upon his release.

It was no surprise that Lucifer has formidable power. He can manipulate weather, freeze objects, and raise people from the dead (or so he claimed). Just before Sam sent Lucifer back to hell (falling into the pit with him), he killed Castiel with a snap of his fingers; the angel exploded.

Lucifer, though often smug, had an almost laidback personality, which contrasted with his cruel intent. I found him oddly compelling, which I guess was part of his power. That said, I wasn’t sorry when he went back to where he belongs!

He had a few weaknesses. An archangels blade can kill Lucifer, as can Michael. When Sam finally gave consent to be used as a vessel, it was a ploy to trap Lucifer and send him back to hell. Michael arrived just as Sam was about to sacrifice himself, and stated it was his fate to kill Lucifer. Sam ignored him and threw himself into the pit. Michael got pulled in with them. 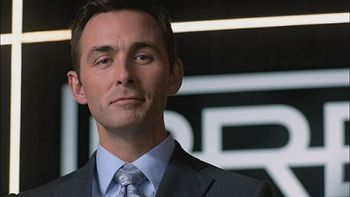 The Leviathans, also called the old ones, are nasty creatures. They have the power to shapeshift, have super strength and regenerative powers. Their appearance is that of a black goo like substance, but when they are in human form, they can transform their face into a giant mouth with sharp, vicious teeth – not pretty!

They were released from Purgatory by Castiel, who opened the door to absorb the souls in order to increase his power. In doing so he also took in the Leviathans. Castiel later expelled the souls back to Purgatory but the Leviathans remained and managed to escape.

Their plan was to turn mankind into a never-ending food source. The group were led by the Leviathan who took control of Dick Roman – one of the fifty most powerful men in America. The brothers killed Dick, who turned out to be the ‘head of the snake’ and the other Leviathans lost their power. There was only one drawback. When Dick’s soul returned to Purgatory, he took Sam and Castiel with him.

I believe in good old American values, like unlimited growth. But it’s like I always say — if you want to win, then you got to be the shark. And a shark’s got to eat – Dick Roman: Supernatural. 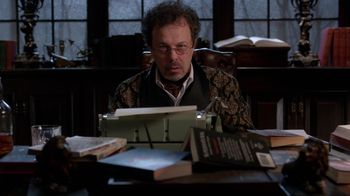 What you brought to His Earth, all the mayhem, the murder. Just the raw, wild invention of God’s naked apes — it was mind-blowing. But really it was your storytelling. That is the true flower of free will. At least as you’ve mastered it so far. When you create stories, you become gods, of tiny, intricate dimensions unto themselves. So many worlds! I have read as much as it’s possible for an angel to read, and I haven’t caught up – Metatron: Supernatural

Metatron is an angel and scribe, who recorded the World of God on a series of tablets. The brothers, along with Castiel sought Metatron’s help in a quest to close the gates of hell. Metatron, however, convinced Castiel to instead conduct a series of trials which would close Heaven off from Earth, and as the angels were fighting among themselves, he sold this as a way to save mankind from an angel war.

Castiel agreed and set out to complete the trials. In the end it all turned out to be a trick. Metatron was out for revenge on the angels (he had to leave Heaven because of the danger his knowledge put him in). His plan was not only to close off Heaven, but to expel the angels. He stole Castiel’s grace, completing the spell and all the angels fell to Earth.

What was so clever about Metatron was his unassuming nature, and his ability to manipulate people. I enjoyed the character, and the way he often used his intelligence as a weapon.

Those are the main villains of Supernatural, but there are others such as; Raphael (archangel), Ruby (demon), the Four Horsemen of the Apocalypse, and Eve (born of Purgatory).

Who is your favourite villain from the series so far? Is it just me, or is Crowley highly entertaining! I’d love to hear your thoughts.

4 responses to “Supernatural – An Overview Part 2: The Villains”