Yesterday Holly gave her best-of for 2014, so of course today I’m up! I’ll stick with the same categories she did. I’ll also try to go with different answers from her, so that you get a bit more of the best from the year.

This is a really hard year for me for a lot of topics. A lot of my favorite bands came out with great new albums I’ve been rotating between for most of the year. I’ve branched out and read a bunch of great comics, including a lot of the Batman canon. And though ticket sales numbers are down, I think this was a phenomenal year for movies. So agonize with me as I try to pick the best of 2014!

As I said, there were a lot of great movies this year. Some science fiction movies I loved – Noah, Lucy, Interstellar. And Marvel delivered too – the movie I was most excited for this year was Days of Future Past, but both Winter Soldier and Guardians of the Galaxy were better. And The Lego Movie! 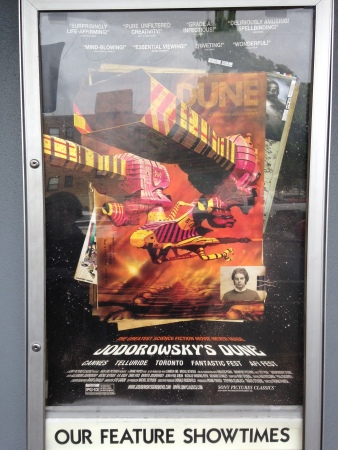 Holly already picked Flash, which has been great so far. That got me thinking about the rest of the new shows this year, and I realized it definitely has to be Last Week Tonight. It’s been hard to avoid posting basically every feature story he’s covered here on the blog. The fact that they are posting these online, as well, is amazing – features often running over fifteen minutes! Here’s his advice, posted online the other day, for New Year’s Eve:

My first choice here might also be Castle, but that was Holly’s pick. In which case, the runner up is easy: Arrow. There were some great mid-season finales this year, which partially also means that this is definitely a thing… but Arrow blew all of these out of the water. I won’t spoil you if you haven’t seen it, but if you have then you know that they basically gave a big ol’ Strongbad double deuce to the audience. I have no idea what they’re going to do to get themselves out of this. Which is great – I can’t wait to see it.

I loved this book. Wales. Magic. Libraries. Science Fiction. Books. I think it was made for me to love. Which still has me wondering who else the audience for the book was… but that’s okay. For now, it’s enough for me that I got to read this, and it took the awards this book won for me to find it!

I know I said I was trying to avoid the same answers Holly gave. So if I’m repeating one, I suppose, take note. I read a lot of great comics and graphic novels this year, branching out from all the Marvel I had been reading. All the comics I read for my LitFlix. Oh, and The Incal. And I’ve been blogging about comics over on Sourcerer as well this year. But still, it was Locke & Key that was the best.

Perfectly using the medium, with individual panels telling whole stories. And the story! Original and excellent. Joe Hill is amazing, and I am hoping we see a lot more of his work taking notice – kind of like the movie Horns this year! The sixth and final volume of Locke & Key came out this year, so you can now get your hands on the whole thing!

Oh man, this one was hard. There was a great Black Keys album this year, Turn Blue. Awesome Mix vol. 1 was phenomenal, and I’ve written about it a couple of times. Indeed, in blogging about music this year I got recommended a phenomenal album from a few years back – Up From Below, by Edward Sharpe and the Magnetic Zeros.

However, there’s one album, one band, one concert we went to this year that was the best for me. Broken Bells, and their new album, After the Disco. Overall, they were my best music experience for the year, and this is something I am going to be listening to for years to come.

New video games are in a slow period right now, as we transition to the new consoles, and games bounce around between being on the old systems, the new ones, or most of all – both. And being on both slows production times, as it adds more to be programed. It also means a game like Dragon Age: Inquisition came out on our X-Box 360, but it runs slow and has frozen a few times.

So my pick for top game is Borderlands: The Pre-Sequel, which filled a need I didn’t even know I had. It came out without us even knowing it was coming for very long in advance, as well. They committed to releasing the game on the older systems, as they understood this was what their existing fan base was on. This was another game in a great series, and it knew that it was. It kept it fresh, fun, and has been awesome. Another great co-op game!

The Rivals for Catan

We got this game because it was on sale. It was two-player. Seemed like a good idea. We knew Catan. What we got was a game that we picked up one Sunday morning, and put down later that evening after having played every variant. This is a phenomenal two-player game, which is not something you get to say very often. Definitely a good addition to your game collection, as I know it was for ours! They have an app as well I’ve noticed, but I haven’t picked that up yet – but I intend to!

This entry was posted in Comparative Opinions, Lists and tagged After the Disco, Among Others, Arrow, Borderlands the Pre-Sequel, Broken Bells, Jodorowsky's Dune, Last Week Tonight with John Oliver, Locke and Key, Rivals for Catan. Bookmark the permalink.