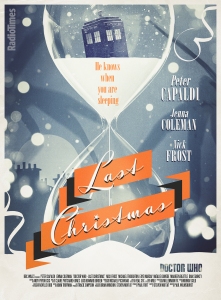 Ah, what to say about the Doctor Who Christmas Special, “Last Christmas”? It had aliens, and the Doctor, and Christmas. It even had Santa, as promised. Oh, and it had Clara and the Doctor, on an adventure after they had parted ways. An adventure that was rumored to be Jenna Coleman’s exit from the show.

Which made sense. They never really hit a stride in writing Clara, as I discussed in my character study of Clara earlier this season. The season did not change this outlook, and having her bow out in a Christmas Special seemed like a pretty solid idea. Which means I think more than anything I am going to be talking about Clara in this review more than anything else. So spoilers to come for “Last Christmas”!

What do you want for Christmas?

In a beautiful moment, breaking the fourth wall by stopping the credits (and more literally by breaking onto the TARDIS), Nick Frost as Santa showed up at the end of “Death in Heaven,” he asked: “What do you want for Christmas?” Probably a Time Lord.

So how did I expect the episode to go from there? The episode had just ended up with Clara losing Danny Pink, and lying to the Doctor about it; and the Doctor failing to find Gallifrey, and lying to Clara about it. Then Santa shows up to confront the Doctor. I suppose, what was I supposed to expect? Maybe an answer to Santa’s question?

I figured we would have the Doctor trying to find Gallifrey, and Clara trying to get to or join or save Danny. With Santa’s help. Each other’s help. One last time. That’s the episode I was expecting. Why wouldn’t I be? The trailer?

All that really did was add aliens and peril. Those are always elements, right?

The End of Clara Oswin Oswald?

So I said spoilers so I suppose at this point I should fairly warn ye, the episode I expected was not the one I got! 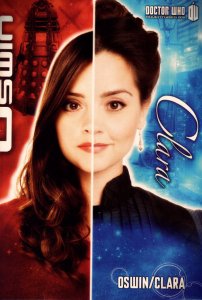 I used this one before!

And maybe more than anything, this had to do with the implied. With the rumors. The idea of Clara’s run as the companion ending. It made sense story-wise, it made sense with an episode title like “Last Christmas,” and it even clearly had a moment when it could have happened.

And it was a great moment. And I thought they were doing it. Like, most of the way through the episode, I still thought it was happening! But the Doctor came to find Clara, no longer dreaming, and she was old. It had been most of her life, but just a bit for the Doctor. The perils of time travel. And back together for one last adventure.

When he sees her, he doesn’t see a difference. It’s her. It’s a great moment! Scene! Start the rumors on a new companion! Except, wait, they were still dreaming.

And so Clara is young and hardly any time has passed and it’s on to next season. Mysteries pretty much all solved, Clara with little to no driving force or purpose. Just, traveling. Because reasons. Wait, I thought they already did that? It was called Series 7.

I guess we’ll see what happens in Series 9?

As to the Dreaming

I already mentioned how this got to play tricks on the audience, thinking Clara was done when they were actually dreaming. Well, within the actual plot, I wasn’t tricked at all. Once they were postulating that Santa was an agent of their dreaming minds, I immediately pointed out that Santa had sent them there in the first place. Had, indeed, broken into the TARDIS and sent the Doctor from there.

So of course they were still dreaming. The events themselves of the episode were predicted and predictable. Nick Frost was fantastic as Santa, but in the end he amounts to a little moment of a tangerine on a windowsill. Maybe it really was Santa? (Time Lord). 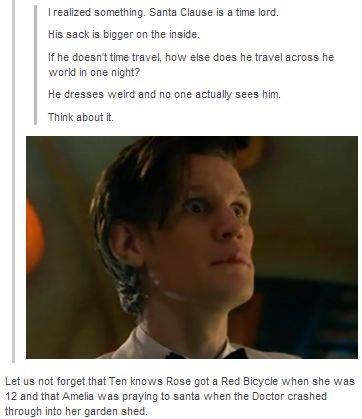 And while I may be joking about it a lot, an episode where they had dreams about Santa actually being a Time Lord and being the way to find Gallifrey… that probably would have been a better episode than what we got.

I was disappointed by this Christmas Special, in case that didn’t come across. What about you? What did you think? Let me know in the comments below!