No One Likes the Watchers

I got to thinking about this when Holly started replaying Dragon Age: Origins recently. I started really noticing some notices between a few different Watcher organizations: the Dragon Age Grey Wardens, the Game of Thrones Night’s Watch, and the Dragonriders of the Pern series.

So let me draw some parallels between the three, and consider how the society around them have forgotten and ignored their purpose – and instead end up resentful. And then, for comparison, one other Watcher group – the Gunslingers from the Dark Tower series. I’ll try to keep spoilers limited. Onward!

The Dragonriders of Pern 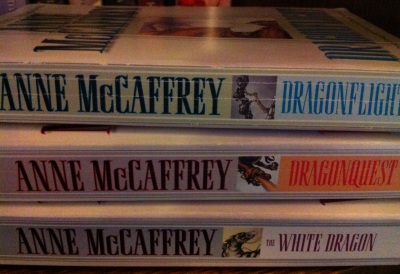 The Pern books came first, so I’d like to start there. Anne McCaffrey created a world desperately in need of a Watcher organization, a group to protect them from the worst. Because the worst is the Thread, which fall from the sky, and burrow into wherever they fall – killing people, animal, crops, anything.

But the solution is one of the coolest in all of Fantasy. Pern has dragons. And so, the people pulled together, created Dragonriders – those with the sympathetic nature to psychically link to the dragons. So not only dragons, which you get to ride – but talk to. It’s a great Fantasy, a great world, and a lot of fun. If you haven’t read any of these books, I really recommend them.

In Dragonflight, the first in the original trilogy, we also get introduced to the idea that it’s been a while since the Thread fell. No one left alive remembers them – and yet the Watchers, the Dragonriders, live on. To feed this working population, they get food and other needs taken care of by the rest of society. So as you might expect, society is a little pissed. The stories of the Thread sound like a lie to keep power consolidated in the hands of the Dragonriders – who don’t fall under anyone else’s jurisdiction.

We open the book with recruitment for a new Dragonrider, as well – and we see that they have the right to claim and take whoever they want. Above and beyond the rules and laws of society, if necessary. So society is also upset that often their best and brightest end up Dragonriders. To which I reply, of course they did. Dragons!

In A Song of Ice and Fire (and the TV Show Game of Thrones), we have the Night’s Watch – maybe the reason I think of calling these organizations “Watchers.” The Night’s Watch are the Watchers on the Wall – literally watching over the 700-foot tall wall against snarks and grumpkins.

The snarks and grumpkins aren’t real, they’re just the throw-away lines for people dismissing the dangers of the North. The Wildlings are real enough, but their raids are generally something to be fought off, easy enough. The Wall does most of the work of keeping them out.

Since the threat seems to be easy enough to deal with, the realms send their criminals to the Wall. And it’s a good system: the Watch gets men, and the criminals (everything from petty thieves to murderers) get a second chance, a new life. So they seem like the world’s dumping ground for the unwanted… 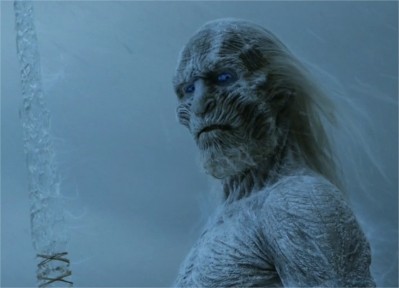 Except we know it’s not true. It’s the prologue of Game of Thrones: the ancient evil, the reason the Wall was built, has returned. It’s been ages since anyone has seen the White Walkers, such that even the Night’s Watch doesn’t believe they existed. But they’re back, and the Watch is not prepared. Because they don’t have the best and the brightest, they have the meek and the worst.

The books and show are full of other things happening, such that even as the audience we forget about the White Walkers – but you can read about that here. 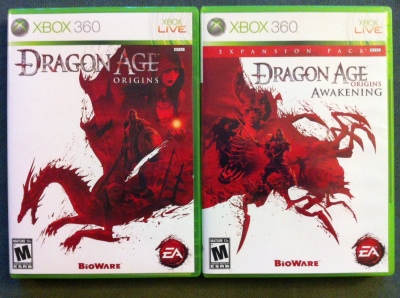 So back to my inspiration: Dragon Age’s Grey Wardens. They don’t have the dragons of the Dragonriders. Vows similar to the Night’s Watch, but no one place to defend. But really, what they have is the power of their enemy, the Darkspawn.

They take in the blood of the Darkspawn, and fight of the taint which otherwise would create more Darkspawn. This process is highly lethal and thus extremely dangerous. So the Grey Wardens not only recruit some of the best and brightest from around the world – they potentially get them killed as well, not even reaping any benefit from the recruitment.

What they get in return is knowledge of the Darkspawn – they pick up on their messages, through dreams, and can sense their presence. Then again, they can also be sensed – meaning Grey Wardens tend not to live very long. And when they do live longer, they eventually succumb to the taint and become Darkspawn.

And yet, even with all this sacrifice, people don’t like or trust the Grey Wardens. And the examples remind me of the other stories… for one, Origins opens with a Warden, Duncan, recruiting – he finds your character, and recruits you over the objections of the local authorities. Your character tends to end up an outlaw in most of the scenarios. And, when things get bad, and battle is engaged – the pragmatic general turns and leaves, not believing the Wardens about how serious things are, about the threat that the Darkspawn represent.

Alright, so three groups of Watchers. With a power outside the political structure of the world, with authority to get the resources they need, and recruit the people they want. Hated when society forgets what the enemy is, while the organization itself survives, remembering, vigilant. I also think it’s interesting that, as you follow these stories chronologically, the idea of being part of the Watcher group gets worse – being a Dragonrider sounds great, and being a Grey Warden sounds terrible.

But after thinking a bit, I thought of a Watcher group that has an opposite sort of story. The need for this group was great, but they were defeated, they fell. Only one remained – Roland. The Gunslinger of Gilead in Stephen King’s Dark Tower series. 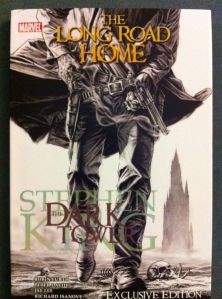 The people still remember, and still trust and respect, the Gunslingers. There just aren’t any around for them to show this respect to. And the world crumbles because of it.

It reminds that these Watchers are important in these worlds. Evil is never truly gone in a Fantasy world, and these sorts of extra-political groups can do what is needed to save the world, again and again.

Do we have an analog in our world? There aren’t many bodies that have existed for very long outside of the power of some political leader or another. Religious ones, though. And more recently, groups like the UN or NATO. Are any of these organizations really like the ones from fiction? What do you think? Let me know in the comments below!

5 responses to “No One Likes the Watchers”