The Impossible Girl – A Character Study of Clara Oswin Oswald

I had said that I was planning on a character study of Clara, and I was thinking of getting it written before Series 8 started. However, I instead just went with a poll about favorite companions instead. That was very successful – but with all those votes and comments, not a lot of Clara love. Curiosity, but not a lot of love.

I’m glad I waited. Deep Breath, the first episode of Series 8, was very heavily a Clara episode, and I think it helps inform who she is, and who she is going to be. So spoilers later on, for Deep Breath. But before that, I’m going to work through the iterations of Clara leading up to that point.

If you’re finding this post in the future, it’s worth noting that this post was written at a very specific moment in time: right after the start of Series 8. So who knows, what I’m saying might all be changed or proven wrong in the episodes to come! 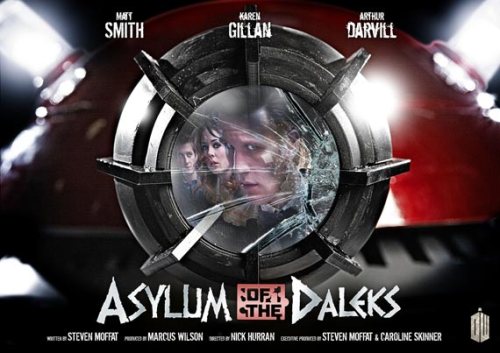 Right at the start of Series 7, in the opener, Asylum of the Daleks, Clara is worked in. She’s the hacker, the computer genius. She’s trapped inside her ship, and has survived the Daleks all that time. Making souffles.

She was a Dalek. One who still helps the Doctor, who is good, who fights her Dalek self. Who gets them out – and one better. Who deletes the Doctor from the Dalek’s memory – the main on-screen representation of the fact that the Doctor has been doing this same thing across space and time.

She works into his scheme, she helps and saves him… and she dies. 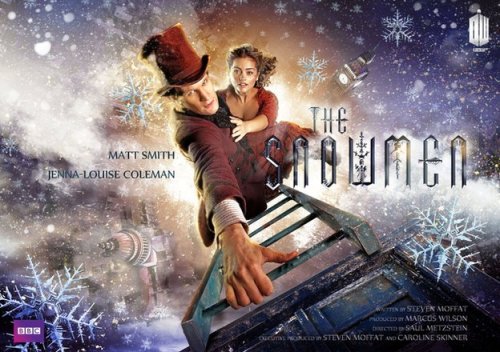 It was a good idea to work that whole plot in, really. To set up a mystery like that, and let it simmer. Because the Doctor ends up depressed when his last companions leave. And why not? He not only traveled with them for hundreds of years of his life – two-and-a-half seasons – but they were family.

I like that the Doctor ends up in a funk, and it’s his interest in this impossible girl, this computer-savvy, human-turned-Dalek, who is suddenly here in Victorian London, as a governess (and bar-girl!). I’ll admit, during the episode, watching the first time – I really thought she was going to go away with him, learn a ton, and end up, at the end, taken by the Daleks.

Fool me once, fool me twice… she dies again. Again, a strong, smart female, who saves the Doctor, who perks him up and fills him with life. She’s a good companion. She’s a dead companion. 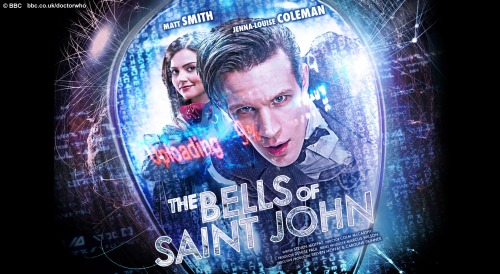 So then, in The Bells of St. John, she’s back. She seems not to be the same person – she’s a third iteration. Through the events of the episode, she ends up with a bunch of computer knowledge, and it made me think again – is she going to end up the Dalek?

And here we finally get to the companion. The girl who will travel with the Doctor. And he asks her to travel with him. Sure, mostly because he’s curious about her, but that’s often the case. And what does she say?

Well, okay, that she’ll think on it. She sleeps on it. And still she resists, still she’s not interested. And throughout the season, she doesn’t travel constantly with the Doctor. He comes back to get her, but she keeps living her life. Keeps watching kids, keeps teaching.

This is kind of a defining attribute of Clara, of the Clara who ends up traveling (sight-seeing? adventuring?) with the Doctor. That she’s the sort of person who wouldn’t immediately say “yes.” The problem is, the companion is supposed to be the person that the audience connects with – they’re our human connection, as we follow the adventures of an alien.

And the fandom, as a whole, would say “yes.” They would go along. Yes, we get people like Martha – who, after traveling and being burned, would like to call it quits before it kills them (or worse). Yes, we get characters like Mickey, who see the Doctor taking people away from home. But we empathize with the “yes,” with wanting to travel, to see. And in the show, we get to travel with them.

But Clara says no. Even though the Governess would have said yes, Souffle Girl would have said yes. She is different, unlike them. Sure, hard to get might have the Doctor sticking around, but the audience? The fans? Clara never really stood for us.

Combine this with what I said about Series 7 – that it was a disjointed set of Specials centered around the 50th Anniversary. And Clara was almost a companion of convenience, a companion because we needed to have a companion.

It’s kind of a missed opportunity. If they were like Specials anyway, we could have had different companions every episode. And better yet – a different iteration of Clara every episode.

They finally confront the elephant in the room, her several lives, in Journey to the Centre of the TARDIS. Clara learns secrets. Learns that the Doctor has encountered her before. That she died. And then, time is reset, and she forgets. No progress is made.

Finally, we find out she’s there to save the Doctor. That she jumps into his timestream, that she saves him and directs the course of his entire life. A heavy 50th-Anniversary sort of plot, and a fun one to watch play out. I love that Clara is the one who points the First Doctor to his TARDIS, for instance.

But because they were actually just editing her into existing scenes, they couldn’t play it out for long. In other words, all of the most interesting things Clara does, all the most interesting characters she plays – they all literally happen off-screen. The best of her we’ll never see.

Of course, this also means that the mystery is done. It’s all played out. Now that we’re finally past that, there’s a time and place to reinvent Clara. She doesn’t get to do much of it during The Day of the Doctor and The Time of the Doctor. But here, in Series 8, she can breathe.

Whoops. No. Holding her breath…

In past regeneration episodes, it’s about the Doctor redefining himself, and letting the universe know who he is. In The Christmas Invasion, the Doctor tells the Sycorax that the Earth is defended, after defeating their leader. In The Eleventh Hour, the Doctor tells the Atraxi the same, after fully declaring who he is – even with a show of his past faces.

In Deep Breath, however, it’s not about Peter Capaldi as the Doctor telling the universe who he is. No, it’s more personal. It’s about Clara.

It’s about Clara knowing still who the Doctor is.

I’ve heard some thoughts that it’s also about the audience finding this out, but as I’ve said, Clara is not the audience’s connection – we don’t empathize with her. She isn’t us.

She’s Clara, the Impossible Girl, the one who has lived infinite lives, alongside the Doctor the whole time. She’s there not necessarily because she wants to be, but because she needed to be. But she learned to enjoy it, to want to be with the Doctor. They talk about “girlfriend,” and maybe so – she had to be courted. She didn’t just jump-to. They had to date. But now she’s along for the ride – or wants to be.

So it’s about her, the character, know that the dynamic has changed, the Doctor has changed, but has also not changed. He still wants her along. And now, just for her – not for her mystery, or her purpose. Just for her, as a person. A single life.

I think finally, with Deep Breath, Clara has a life of her own, and not as just a purpose or plot point, not just a reason to be there. As such, they can finally present her as a person, and I hope this is where we go with Series 8. Maybe she finally can be the character we’re used to in the companion, the person we empathize with. No longer impossible, just human.

Because that’s what the Doctor needs most from his companions – their humanity.