A Year and a Half of Comparative Geeks!

I like enjoying these small milestones, to remember how much we have accomplished in this time! 475 posts, and consistently posting 6 posts a week, has been a lot of work, and very rewarding. Thank you to all of you, our readers and commenters and followers and friends.

Last year at the six-month mark, I did a post highlighting our top posts and topics thus far. Many of those posts are still top posts, because they keep getting search engine hits. However, we have a few new contenders top posts that I would like to highlight – beyond the Illuminati post I referenced the other day.

Then I thought I would share a few of the posts that have barely been touched. Sure, there’s a lot of those – and a lot of them make sense. There’s our failed Trailer Watch category – those never did well. And there are some holiday posts, and some that we knew were kind of a filler post when we wrote them. But there are some that we would love to see get some reads, maybe some comments or conversation, and just for whatever reason they didn’t hit when posted – so a few of those!

And lastly, there’s a whole series of posts I would like your input on! Onward! 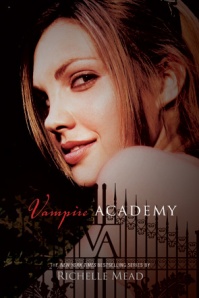 Holly’s post on the Vampire Academy book series as an option for a TV Show has caught a lot of traction. It keeps being one of our top posts, and is a contender to hit one of the top spots given more time.

Holly did her normal LitFlix on the movie compared to the book, but she had actually already read the book – and the whole series – before the film came out. And as we walked out of the theater, we knew that the sequel they had set up for was not likely; and that really, the better option for this story would have been a TV Show.

Who knows? Maybe it’ll happen. There’s definitely some interest in the idea, if our Google results have anything to say about it…

The Timeline of River Song

Holly and I decided that we wanted to re-watch the life of River Song in Doctor Who in her order – rather than the Doctor’s order. So I came up with a chronological order to her life, and presented what we would be watching.

This post got a little bit of play at first, but then it got picked up in someone else’s post on Geek.com. This is one of the posts where I feel like I really actually produced something, created something more than just gave an opinion, so I like that it got picked up like that.

It’s a great post that I got linked from, too, so give that a look! 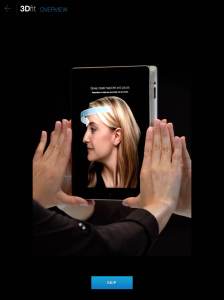 Holly did a great review of a great service, Glasses.com. I’m guessing there aren’t a ton of reviews for them out there, because her review has gotten a lot of search results, and people are still finding it.

We really loved this service, and I can add an update to it: I had to return the sunglasses I got, because they didn’t fit well, and the return process was super easy! Their customer service is very responsive and on it, their prices are great, and their technology is top-notch.

Definitely check out their service, but don’t take my word for it. Check out Holly’s review!

I’m not sure I have this one figured out. But by golly, this is one of the top posts now. It just keeps getting found. My reaction post upon re-watching X-Men: The Last Stand.

I think some of it is just that this movie has stuck in the minds of fans. As a solid example of how a series can go so wrong, how expectations can be so subverted, how actor contracts and director changes and all the real-life workings of Hollywood can completely trash a movie.

But it’s also a fan returning to the film later, and finding, it’s not as bad as I remembered. And flash-forward to the present, and with X-Men: Days of Future Past, the sins of this film have been erased. So maybe this post will lose traction. Or maybe it’ll increase?

We can’t take the credit on this one. And who’d know, when you ask a guest blogger to write a post, that they’ll write the new number one post for your blog? That they’ll get Freshly Pressed, and bring a whole bunch of new followers to your blog…

Anyway, that all happened, and our number one post is Leah’s Queer Comics Anthologies post. It fits in decently with our content, at least in terms of comics… so hopefully some of the new followers are pretty happy here!

Leah has gone on to be a part of the Feminist Friday posts that we’ve been a part of this spring as well. Oh, and you can check out her blogging on her own blog, The Lobster Dance!

In comparison, each of these posts has under 10 views. Like I said, some of the low-views posts make sense, but these ones were all a bit more thought or work. If they sound interesting, give them a look!

The Music of Life

I put a lot of work into this post, a lot of thought. About how music lyrics are the modern poetry. In making references to Frank Herbert and Dune, I called it “The Music of Life.”

Since then, I have realized that our music posts just don’t quite fit here as well as other content – and it’s led to me contributing posts on my musical thoughts on Sourcerer. You can check out that series, Listening to Music Without Understanding It.

But meanwhile, I still liked this post more than, apparently, readers!

We love trailers. And so, when we started the blog, we started a series called Trailer Watch. These posts were, as a whole, some of the lowest we ever did on the blog for views or interest. We weren’t timely enough, or not a news blog, or maybe people were watching the trailers and we just don’t know it because of how WordPress stats work? I just don’t know.

However, the problem got more personal for us. We started to feel over-saturated with trailers, started to feel like movies were being too spoiled for us. And so Holly wrote a post on how we wanted to limit trailer consumption. This is one to consider and weigh in on!

And if you find us in a theater, you might see us covering our ears and shutting our eyes during the trailers. Just saying.

As part of her consideration of Net Neutrality, Holly wrote a post about how the Internet works, in part, because of how it exists as a free and open market, crossing state, national, and international boundaries – both in terms of products and ideas.

This is the most recent of these lower-viewed posts, so it might do better with some time, but some of its relevance is right now, as this is being discussed in the larger forum. Definitely give this one a look, and we’d love your feedback!

This post was great, because it was some of Holly’s thoughts as she got into reading comics more, based on recommendations both from me and from commenters. Maybe the title threw people off, since it was just “Learning to Read.”

The other thing I can say about this is that it spawned a very high number of likes for as few views as it has, and has a nice long comment as well! Good post that was just missed by readers, so definitely check it out!

Seeing Carrie for the First Time 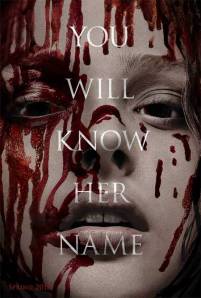 As one of our first real attempts at doing something that we now call Comparative Opinions – where Holly and I both approach a topic and give our different opinions. We did this with Carrie as Holly did her LitFlix (and had seen the original movie as well), whereas I had not seen Carrie before nor read the book.

So I wrote a post about seeing Carrie for the first time. A post which, as I write this at least, has only 2 views. I feel like I put more than two readers worth of work into this… I have pictures and video and all sorts of thoughts. It makes me sad to see this is one of the lowest viewed posts on the site…

So finally, I had mentioned I wanted some reader feedback on one of our ongoing categories and series. Science Fiction Today. As I wrote before, I feel very strongly about this topic idea. I think it is an important part of science fiction – that it gets us thinking about the future – and is a way that we can maybe talk about the hard problems and political entanglements of today, by talking about what they can look like in the future.

I have a growing list of topic ideas for this, and we’re maybe getting one of these written every six weeks. This was also one of my original thoughts for what I wanted to do with a blog. So we’re just not churning these out at the rate I’m thinking of them. They also are some of the less-read posts, in general.

Is it because they don’t fit? Do I need to let them breathe a little? That’s some of my thought. Should they get their own blog? Or a weekly series or feature? I’d love your thoughts on these posts.

Thank you again, all, for reading, following, liking, and interacting with us as we keep on blogging! Let us know if there are things you like or don’t like here on the blog, or would like to see more of! And here’s to another great six months!

10 responses to “A Year and a Half of Comparative Geeks!”