I discovered recently that the BBC started a new series based on The Three Musketeers called of course The Musketeers. As someone who has always felt a fondness for the story of the Three Musketeers I was very interested to see how BBC would deal with the story. I was also excited when I learned that Peter Capaldi plays Cardinal Richelieu because I had not seen him in anything before and he is going to be the next Doctor. This led me to decide to go ahead and just get the first season pass, which will only be ten episodes and the first three are ready now. The other night we put on the first episode to see what we had paid for and so far I am not disappointed. 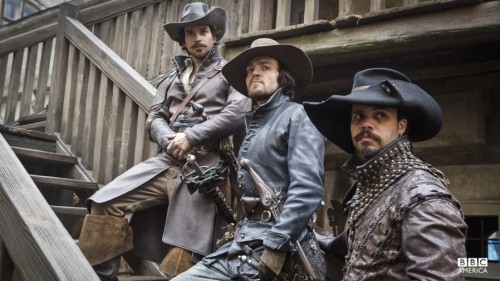 In some ways with any story about Musketeers you kind of know what you are getting yourself into and there are certain characters that you expect to see and this show does not disappoint. Now I have seen the Disney movie a lot and love it. So I am always intrigued how they redo the characters that I know and love. The other part that I really enjoyed in this is the costuming and choreography. I do not actually know anything about sword fighting, but it looked good on screen, which is always fun. The first episode changes up the story to obviously extend and stretch out the story, but I think does a decent job although definitely with a sense that you understand and know this world.

Athos, Porthos, Aramos, and D’Artagnan are the beloved characters from the book and take the main stage in the story. I personally so far am in love with their interpretation of Porthos. All of the musketeers are fabulous, but Porthos just has an attitude about him in this series that is great. He is arrogant, but at the same time he has the skills to back it up. He also just has a presence on the screen that works so well. D’Artagnan is always meant to be a young hot head and that is who we got, but I did like how the introduced the interactions between the main characters.

What is great about doing a story like this as a series is that we can spend more time looking at the secondary characters. What we have seen of Cardinal Richelieu has been amazing so far and Peter Capaldi does a great job. The first episode really introduced us to the politics of court and the power struggle between the King and the Cardinal. Then they also introduced Black Widow who is working for the Cardinal and understanding the way she works. 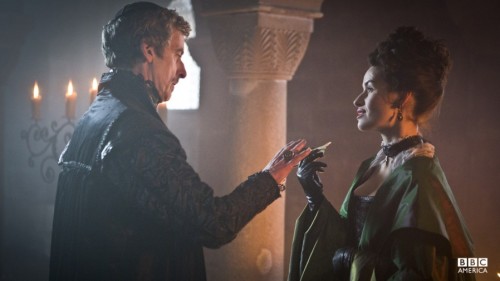 I think my biggest complaint is that there was not too much introduction of the characters. There was definitely a feeling / assumption that the writers assumed you already had a basic knowledge of these characters. I am enjoying it so far, but it definitely hit the ground running.

As I am not a history major or buff I have no idea how accurate anything is in the show. At the same time there are some great decisions that they made about each of the characters. Aramos is definitely a pistolero. He obviously has an affinity for guns as his weapon although can fight handily with a sword. His guns definitely seem a part of who he is. Porthos on the other hand is much more of a soldier, but incredibly smart. We see him fight in a few different ways in one episode and it shows his versatility. Athos is not present as much in this episode, but the nice thing is that each character has a distinct look. They are then given blue covers to distinguish themselves as official musketeers. There does seem to be a uniform, but each character has his own flavor, which is nice to see. 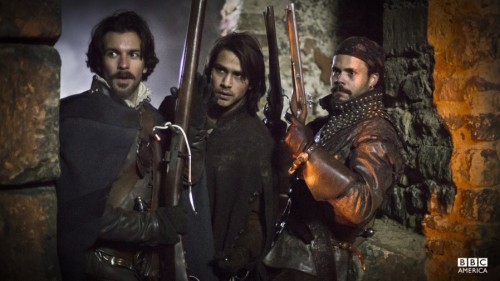 Now in terms of the choreography all the fight scenes were enjoyable. Again, no idea about sword play, but I really enjoyed watching it. Part of what I enjoyed is that you could tell what was happening and follow along with the fight. I feel like sometimes now a days we do so much shaky camera action that we cannot actually see what is happening. I feel like in a show such as The Musketeers the sword fights are incredibly important, so it is nice to see them pulled off, at least from my perspective.

So we are only in the first episode, but I will definitely keep watching and am interested to see where this goes. We know that Cardinal Richelieu is out to get the Musketeers and make sure that the King stays under his thumb, so we will definitely want to see how that plays out. If you have BBC America the show is available there. David and I bought the season pass on iTunes and so far we are not disappointed.

6 responses to “Verdict: The Musketeers”