Marvel’s Agents of S.H.I.E.L.D Should Have Been a Mid-Season Show

I am still amazed at the new direction that Marvel’s Agents of S.H.I.E.L.D has taken over the past couple of months. It is almost feeling like an entirely different show. I am excited about the show now and am really excited to see what happens with Agent Coulson and the crew. In some ways even if you are not too found of Skye, Fitz, and Simmons, they have introduced enough of a twist to not make it as important. This new direction of the show got me thinking that they really should have just planned to start the show in the mid-season. So much of the episodes in the Fall just seem unimportant with this recent shift that it really seems that the show was biding it’s time until they could do the shift. (Spoilers for Marvel’s Agents of S.H.I.E.L.D and Captain America The Winter Soldier) 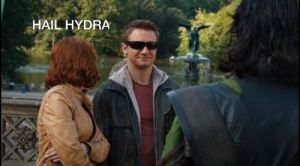 So to talk about why Marvel’s Agents of S.H.I.E.L.D needed to be a mid-season show, we have to first spoil Captain America The Winter Soldier a little bit. There was a pretty big reveal during the movie that was kind of a catalyst for why the show had to change directions. In the movie we end up finding out that Hydra has actually infiltrated S.H.I.E.L.D at every level of the agency. This means that in the show we suddenly have the destruction of S.H.I.E.L.D in its entirety. When I saw Captain America The Winter Soldier I was wondering what would happen to the show because where would they take it after revealing that Hydra was really S.H.I.E.L.D. In the end I think they have used the show as a great way to show the after math of the event.

Now obviously once you make a reveal like that in a movie that happens in the same universe you have completely altered the trajectory of the show. Of course part of the problem is that the show did not seem to be going anywhere before now. After Hydra we now have a mission to try and put the pieces back together and fight against Hydra. The big thing right after the reveal was Coulson and his team trying to figure out who to trust. There was a lot of playing with trusts and loyalties in a spy agency where people lie to each other for a living and now suddenly you really do not know who to trust. I actually really liked that they made one of Coulson’s team part of Hydra because it showed just how deep the corruption went. It has made for a much more interesting team dynamic and has even introduced a new character to the team.

Part of the reason I think a mid-season start would have worked better is because it is feels like the show knew that the Captain America Winter’s Soldier reveal was going to happen. Meaning that you could not build S.H.I.E.L.D up too much because you knew it was going to be torn down. The fall part of the season just felt like a mismatch of circumstances and a lack of focus on a bad guy. Eventually we got the clairvoyant, but even that felt half cocked. If they had started at the mid-season point, they could have introduced the characters (both heroes and villains) and focused on the origin of Deathlok and who is controlling him. As well as focusing on the Tahiti project and revealing more about that. I think they could have condensed some of the episodes and taken out some of the story lines to make a more cohesive and interesting story without having to take so much time before the big reveal of Hydra. I think it would have made the pace work better and it would not have stretched the storyline out so much. Then when the reveal came I think more people would have been invested versus the number of people who have been abandoning ship since the beginning.

In many ways I think the storyline of Captain America The Winter Soldier cut Marvel’s Agents of S.H.I.E.L.D possibilities because it created a secret that they tried so hard to avoid revealing in the show, that I think it crippled its potential.

13 responses to “Marvel’s Agents of S.H.I.E.L.D Should Have Been a Mid-Season Show”