R is for Rory Williams 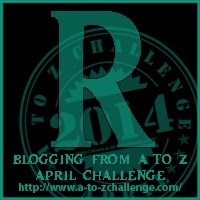 I had a few different ideas for characters that start with the letter R, but really, only one of them would show up out of space and time and kick my butt for not including him. And that would be Rory Williams. This poor guy goes through so much… basically anything that could happen to a time traveller, and maybe then some.

Erased from time and space, reborn as a duplicate outside his own control, lives for two thousand years waiting for time to catch up with him… he’s fought vampires, Daleks, Weeping Angels, and even dinosaurs. On a spaceship. While he wasn’t considered the “main” companion for the Doctor at the time, he was a great addition to Doctor Who, and a very grounded character besides. So let me look at a few of the interesting aspects of Rory!

As the TARDIS calls him, he’s the pretty one. This is in part a joke since of course he’s a male companion, in the middle of a long list of female companions. And he’s really only there because of Amy Pond. It is also observed that Rory and the Doctor both are Amy’s boys, making them both men following her around where she goes. Making them the companions.

Still, it was good to have Rory join along – when it was just Amy and the Doctor, it got far too close to a relationship. That’s not what people watch Doctor Who for, and it’s not what the companion is there for. But then, I’ve done a character study of the Doctor before.

A Nurse with the Doctor

Rory is one of a few nurses who have found their way near the Doctor in recent seasons, along with Strax. Martha Jones was also a doctor, and so between them, this is a lot of companions who have been medical professionals… who have that helping-people mentality that the Doctor might be looking for. But it also makes them characters who put into contrast the Doctor and his doctor-ness.

But it also means he ends up traveling with the Doctor for very different reasons than other people. He’s good with the travel, he joins because of Amy, and he gets into the whole helping people thing. Or, you know, fighting wars against alien empires.

Alright, and I have to admit, my favorite thing about Rory is the meme that popped up around him. Maybe it’s a small one. But he reached a point where he had been so many ridiculous situations and survived them that he deserved it. And so… a whole slew of Chuck Norris-style jokes sprung up around him.

With Rory off the show now, the Facebook page has slowed down, but it had a lot of fun stuff at one point. And the ones included in this gifset are some of the best. Enjoy!

This entry was posted in Character Studies, TV Shows and tagged A to Z Challenge, Amy Pond, Chuck Norris, Doctor Who, Rory Williams, TARDIS, The Doctor. Bookmark the permalink.

7 responses to “R is for Rory Williams”