C is for Catelyn Stark 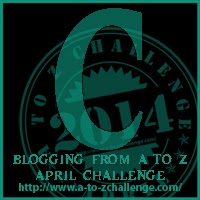 I was trying to decide what I wanted to do for my A to Z post for C and since I did Cersei earlier, and Game of Thrones will be starting on Sunday I will do the other C character from that show Catelyn Stark or Cat. Cat is the opposite of Cersei in so many ways, which makes her an interesting contrast to talk about. She has always been the dutiful wife and the loving mother, understanding what her place is in the world as a woman. At the same time she does not seem to have ideas of grand positions, she always just wants to keep her family safe. At the same time she does have designs for her children that probably did not help the situation, as can be seen by the fact that in general the Stark’s do not end up so well in this series overall. (Definite Spoilers for Game of Thrones after the jump)

During the first book Cat is definitely the dutiful wife and protective mother. She convinces Ned to go to King’s Landing, partly with the thought that turning down a King is usually not a good idea. In this case it probably would have been better to refuse. She knows that things are brewing, but does not realize how bad it is. Which is why she ends up taking Tyrion Lannister in to custody and tries to get him killed when she thinks that he was part of the assassination attempt on Bran’s life. In the first book she definitely comes off as a bit righteous. I can see the thought process. She seemingly did all the right things, and thinks she is justified going after the person she believes tried to kill her son, but in the end everything goes wrong.

After Ned is beheaded and branded a traitor I think something breaks in Cat. Both of her daughters are supposedly in King’s Landing under control of her enemies, Robb is trying to start a rebellion in the north and Bran and Rickon are back at Winterfell. Cat has to stay with Robb as he is attempting to gather the North and his mother does have quite a few connections to help bring everyone together, as well as understand some of the political missteps that could be made with some of the other houses. At the same time with the loss of Ned, I think all Cat is thinking about is her children. This ends up getting her into sticky situations because to protect her children she lets the Kingslayer loose into the world to get her daughters back. She is definitely thinking solely of her children and not of some of the larger issues at hand.

By the third book Cat is just distressed, she has committed treason, caused huge problems for Robb, thinks Bran and Rickon are dead, her father passes, it just keeps piling on. She is clinging to the little hope she has left in the world. She has just been watching or hearing everyone around her die and her son has to lock her away because of her betrayal with the Kingslayer. She is present, but you can just sense the defeat that Cat is feeling. Nothing has been going right and winter is coming. Then you have the Red Wedding and the world finally breaks and hypothetically kills her. The moment at the Red Wedding from the tv show is absolutely amazing and when Cat figures out what is happening you just see it all over her face.

At the end of the third book we actually see Cat again or at least we think it is her and if it is, it is the perfect progression of her character. Everything has been taken from her, her own throat was slit and she was tossed into the river. The Brotherhood without Banners finds her body and the red priest brings her back. The last glimpse we have of her is someone out for blood and vengeance. They no longer call her by Catelyn, but is now known as Lady Stoneheart. She is the cold, icy hand of death against anyone she believes had a hand in Robb’s death. The story arc from dutiful loving wife, to hand of death is really interesting.

10 responses to “C is for Catelyn Stark”