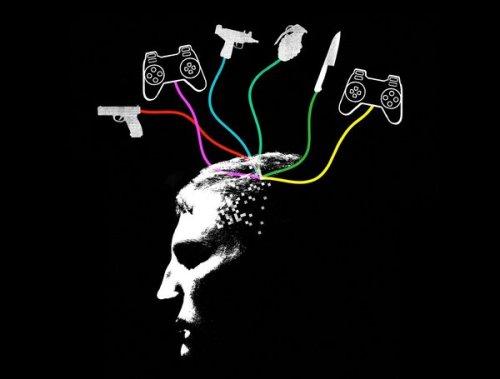 Stories about violent video games have filled the pontificating meat flaps of the media and politicians when discussing what caused such terrible events as Sandy Hook or the DC Navy Yard.  This amounts to blaming the symptom and not the disease, a false IF-THEN statement used to heavily suggest that if you play violent video games you’re destined to be a danger to society.  The only cure – get rid of violent video games.

Some will remember a golden time when violence was funny.  Cartoons such as Yosemite Sam with his guns a’ shootin’.  Anvils and cliff dives for Wile E. Coyote.  Why not label those “violent” cartoons as the culprit to some vicious upbringing that caused unspeakable acts.  Simply put – because they’re not the direct cause of violence. 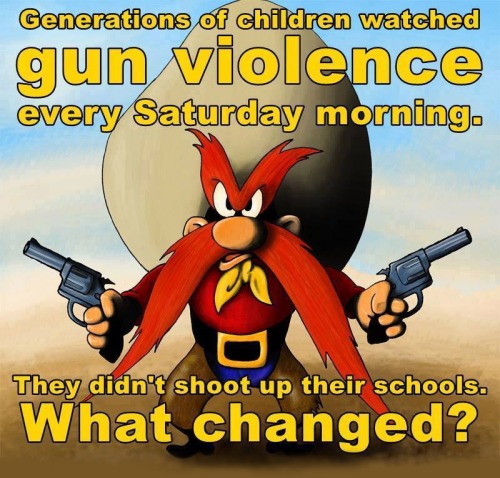 A great article that outlines attacks on violent video games as a trojan horse for gun control quoted Richard Heller on the reaction of many over-reactionists: “We should not allow the government to make attempts to reduce the quality of our life to the lowest common denominator because somebody can’t behave themselves with a game or toy.”

Won’t cracking down on violent video game makers result in a better, safer world?  Not likely (let’s face it…you still have the Saw movies and they can be pretty rough).

Case in point:  I continue to take my shoes off when I go through the TSA line in America.  When traveling overseas I leave my shoes on at the airport.  Are there significantly more terrorism incidents on planes overseas because they have more exploding shoes?  Nope.  Just more foot-fungus being swapped in America. 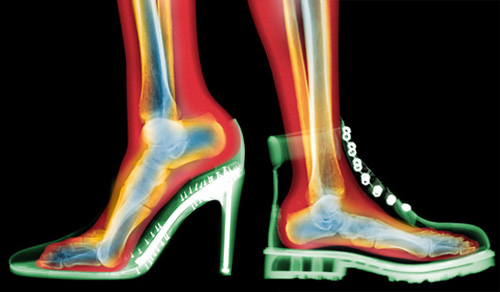 And its not just my gut-feeling that leads me to believe violent video games are not the cause, but a symptom:

Stetson University associate professor of psychology and chair of the Psychology Department Christopher J. Ferguson’s and the other scholars’ research found that there wasn’t evidence of violent video games having an effect on gun violence.  Ferguson believes that this idea, that video games are to blame for mass shootings, is coming from older adults who haven’t been exposed to the video games of today. Older generations are quick to blame video games for such horrific acts because they didn’t grow up with them and have no invested interest in them.

When terrible things happen society has to find the “WHY” to satisfy the collective need to assign proper cause-effect — to find the broken piece so we can tell ourselves “by getting rid of X we’ll forever ensure that such an act will never happen again.”  This is the little white lie we tell ourselves in direct opposition to what we know to be true – there’s no crystal ball and terrible sh!t happens in the world. 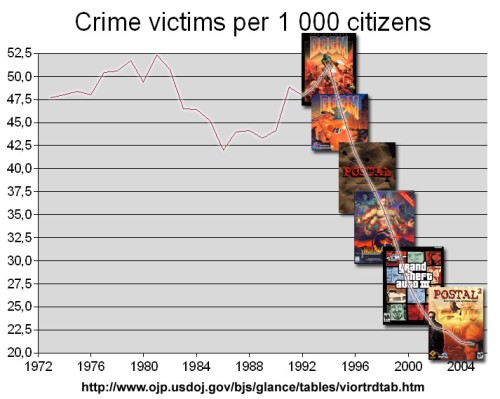 So let’s get off the blame train and work toward a world where everyone acknowledges that terrible people do terrible things for which they should be held accountable.  Let’s all rally to condemn the actions of a cruel and sick individual – not the tic-tacs in the killers pocket, not the TV sitcom the killer watched, not even the video games the killer played.

I believe in Life, Liberty and the Pursuit of Happiness…I happily pursue a life of video game liberty and you should too. 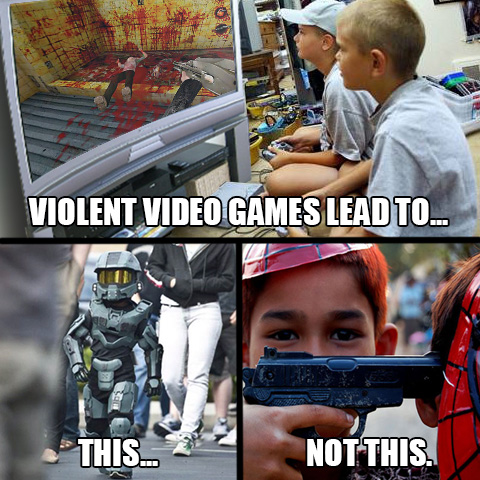