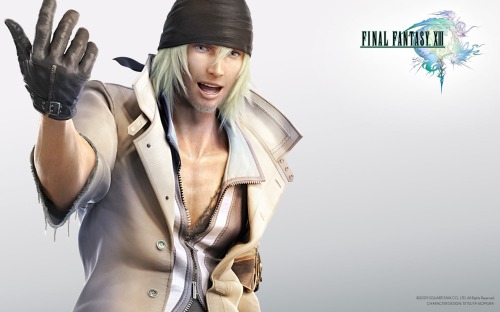 One of my favorite characters from Final Fantasy XIII is Snow Villiers. His attitude is so contagious as you are playing the game. During Final Fantasy XIII Snow never lets anything hold him back. He is constantly trying to keep everyone’s spirits up and tries to make sense of the crazy things that are happening to them. He is practically a force of nature as he moves forward through the quests. He was also the best front man because he could do crazy damage and really take a hit.

So Final Fantasy XIII ends and Snow asks Sareh to marry him and even gets Lightning’s permission. Then in Final Fantasy XIII-2 everything has changed, Lightning has disappeared and only Sarah remembers, so Snow, believing in Sarah goes searching for her. In this second chapter Snow is definitely getting more worn and tattered at this point, but he is still the same person; pushing forward when all odds seem to be against him. END_OF_DOCUMENT_TOKEN_TO_BE_REPLACED