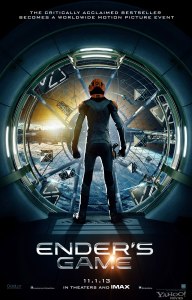 So, there have been a few different trailers out now for Ender’s Game, and with each successive one, I cringe a little bit more.

This is a movie that has already gone through years of development hell. It’s finally making it to the big screen. And it’s going through the controversy surrounding the Orson Scott Card, which I’ve talked about a bit before. And it even suffers – hopefully in a good way? – from a cast full of Oscar winners and nominees.

But as time goes on, I really wonder what is going on with this movie. Or with the marketing department. Or someone. Because some part of this – and I don’t know what yet – is not meeting my expectations. So I am going to include a few different trailers, and talk a bit about the book, and so all kinds of spoilers to come – and honestly, I’m not sure if the trailers are worth watching. I really don’t know.

Ender’s Game – A Story About Ender

Something missing a bit, hiding in the cast power and shadow of Harrison Ford and Ben Kingsley and others, is the story of Ender Wiggin. Ender’s Game is a book which has affected so many people because they read it when a bit younger and found themselves relating to the young protagonist. And wishing, maybe not to be Ender, but to be there with him in the school.

The school we don’t see much of in the trailers.

The school is the backbone of the book, and the absence in the trailers. Will they play a strong part of the movie? Or, like Starship Troopers before it, will the training aspects largely disappear from the plot, leaving something new, different, and maybe not as good in its place? 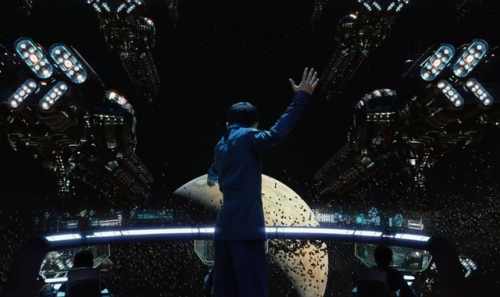 Found on http://www.theverge.com/2013/8/6/4593290/final-enders-game-trailer-puts-space-battle-front-and-center also talking about these trailers. Is this scene middle or late? If late – why is it in the trailer?

I just watch the trailers and, well… maybe they’re showing us scenes from the beginning and the end? They’re trying to show us why we care, show us that Earth was invaded, but oh by the way we kick their butts The End. That’s the vibe I get from the trailers, but that conflates the whole story, gives a lot away, and will likely leave a lot of people who haven’t read the books underwhelmed. And if they’re operating on the assumption that everyone has read the book, then why even make all these trailers? If they’re banking on fan power, just release it and fans would come.

I should stop ranting a bit and let you watch some trailers! In the comments below, let me know… what do you expect now from Ender’s Game?