Doctor Strange – A Movie We’re (Sadly) Not Going To See

There’s a lot of characters, teams, and general intellectual property being tapped by Marvel Comics right now for movies. I feel like this is easiest to say given that Guardians of the Galaxy is going to be a thing – I’m not sure I had heard of the Guardians of the Galaxy before that. Now there’s talk of the Marvel Phase 3 Ant Man movie.

But one long-time Avenger who I just don’t see making their way onto the screen anytime soon is Doctor Strange. But given that, I still feel like it would be fun to cast the character. And actually, for a stand-along movie separate from other franchises, a Doctor Strange movie could be fun. So let me explore for a moment why I don’t see this movie happening, and then let me give you some of my casting ideas for the Doctor – Doctor Strange! 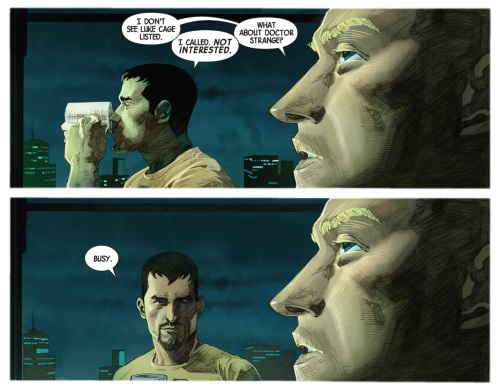 The Doctor Is In

I think the number one thing holding back Doctor Strange from having his own movie is that he is all about Magic. In a Marvel movie universe that is slowly working its way into a strong science-fiction space, Magic doesn’t fit in.

The Doctor is in.

After all, they’ve slowly been working their way into space – it was slowly introduced in Marvel Phase 1. It was especially worked in with Thor being from space, but then spending most of the action and time of the movie on Earth – something pointed out when I was reading over on We Minored In Film. Because then, in The Avengers, we saw a lot more of space, with an alien invasion.

And these space threats mattered – led to SHIELD creating phase-2 weapons to fight aliens, and then to the escalation of violence in Iron Man 3. From there, Marvel Phase 2 is going to have a lot more going on in space, if the trailers for Thor: The Dark World show us anything… and then Guardians of the Galaxy. By the time we get to Avengers: Age of Ultron, we might almost be shocked for it to happen on Earth.

But nowhere in there has Magic – not like science-we-don’t-get-yet, but actual Magic – come up at all. Actually, with the franchises owned by different studios, neither has Mutation, something major in the Marvel universe…

And really, in movies, we don’t often see them mixing too many things, and certainly not mixing them without being criticized for it. Like in Looper: everyone was okay with time travel, we were promised time travel; but someone has a bit of telekinesis, a little bit of random mutation? We’re mixing our genres and plots here, and people would have none of it. I thought it was fine, but then, here I am saying I would watch Doctor Strange, too.

But basically, they’ve moved in a very science-fictional direction, and adding-in Magic would feel like a move towards fantasy. Plus, Doctor Strange doesn’t deal with problems at all in the same way, and often in group settings seems to be used as a deus-ex-Magic (or Magic-ex-machina?) and solves problems. Or he is transportation, or the solution to some problem – like breathing in space. He seems to serve a lot of these sorts of purposes in New Avengers – although that whole team is kind of cerebral.

So he would be odd in a group setting, or just a plot-solver – but on his own he could be interesting. So who would I cast?

I Am The Doctor

So, I saw this panel in New Avengers, and there was only one way I could take it:

So he is the The Doctor. Doctor Who?

So of course my mind turned to Doctor Who actors to play Doctor Strange. And Christopher Eccleston is already taken, what with being the villain in Thor: The Dark World. Which is exciting.

And then I feel like most people would turn to David Tennant, and Tennant is amazing. Check out Broadchurch. And if Doctor Strange were just starting out, if it were an origin sort of tale, I think the way Tennant sometimes approaches things – like words, saying them over and over, testing them out like they’re brand new – could be interesting in a world of Magic.

And there’s Matt Smith, who could be an interesting Doctor, or John Hurt. Or some of the older Doctors, if we’re just doing this as a thought experiment.

But really, then my mind turns to Peter Capaldi. And how he looks, and being a bit older – I see Doctor Strange as a bit older – and I just feel like it could be a fit. I mean… 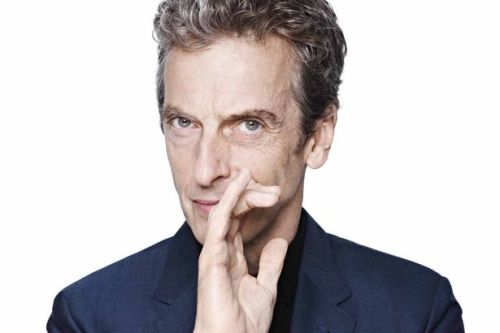 Add a red cape and the Eye of Agamotto, and you’re basically there, right? So I would cast Peter Capaldi as Doctor Strange. Who would you cast? Would you go see a Doctor Strange movie? Leave your thoughts in the comments down below!