Save Game Continuity – Dragon Age 3: Inquisition and the New Consoles

One of Holly and my main concerns with the new generation of consoles is the continuity of our save games for Dragon Age 3. We love the Dragon Age games, and BioWare in general, and we are really excited about Dragon Age Inquisition. One of our first posts on the blog, even, was about our expectations for Dragon Age III. 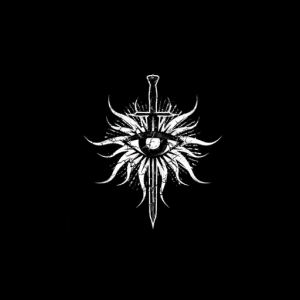 Then the new consoles were announced, and all of a sudden Dragon Age (III) Inquisition is being talked about as one of the big-deal next-generation games. But this is a BioWare game – a game where you can import your game, with all of your decisions and things – right into the sequel. But on a new console… and without backwards compatibility… how is this going to work?

A new blog I have been reading, Gamemoir, did a nice piece on the solution to this problem: http://gamemoir.com/2013/08/29/dragon-age-the-keep-saves-gamers-money-and-is-appealing-to-newcomers/ There are some pros and cons to Dragon Age Keep, so let me consider the switch to the new consoles, the Keep, and our future with Dragon Age!

The Problem with Dragon Age III being on the New Consoles

We paid a lot of attention to the question of backwards compatibility with the new consoles, because that would be one of the major deciding features. Turns out, neither system is backwards compatible. So suddenly, a new console would not replace our X-Box 360. It would replace our Blu-Ray player… but we’re already swapping an HDMI cable between our Blu-Ray player and Apple TV… 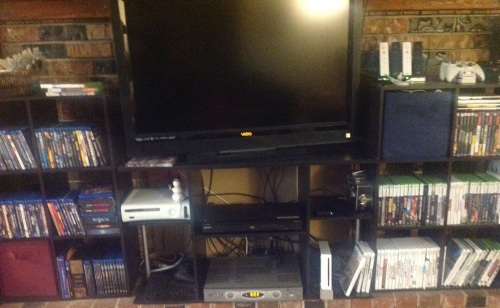 If the X-Box One were backwards compatible, it would replace our Blu-Ray player and our X-Box 360… and it would be excellent. No such luck. Meaning we are effectively console free agents. And, without a really exciting game to get us to pick up one of the consoles… we’ll be waiting for something to come out.

Which will probably be Dragon Age Inquisition.

So, Dragon Age Keep would allow you to make some of the decisions from the first two games, so that you can shape your playthrough on the third game. Or, in our case – and for many others – I’m sure it will be a way to try to rebuild your first playthrough. Because we’re having to switch consoles with this, and the future of being able to transfer and import the data seems dicey.

They piloted some systems like this for Mass Effect. There is a short DLC you can get each for Mass Effect 2 and 3 to make the preceding decisions; either to try something new, or to get into the game without having to buy and play the other games.

And the major decisions are there, but the minor stuff… Well, they did an amazing job of carrying the small decisions, the lives touched and lives saved (or ended) through from game to game. And these sorts of decisions are missing from this experience.

So, for the experienced players, using this option ends up feeling like you’re missing out on things you know could go differently. So I know I, at least, tried it, and then went and replayed Mass Effect instead.

For the new players, you maybe don’t know what you’re missing, but in a lot of ways, what you’re missing is the heart and soul of the games, is the story and the interactions. The characters and conversations. There’s a few examples I can give, which I will explore below.

So with Mass Effect, it was an option, a DLC they added once the games were out for quite a while. It seemed like a tool for generating more sales of the new game: by saying, you don’t need to buy the old game. Just the most recent one. Come on, you can totally only play one. Maybe hoping then that people get hooked and buy them all…

But now, except on the computer, Dragon Age Keep is going to practically be a requirement. For the experienced players, you’ll want to try to reproduce the playthrough you were expecting. For the new players, it will be the way to try to find out what happened in the past games. And is it enough?

We love Dragon Age Origins. We love the character of the Warden, and the supporting cast was fantastic. There were good DLC’s, the incredible mystery left behind about Morrigan… Questions as yet unanswered. 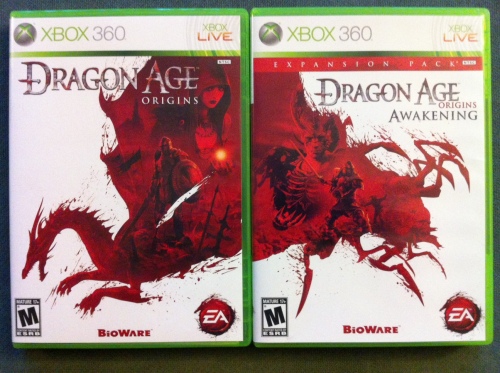 I want to give an example of a big event in this game. I’ll try to be a little vague, if you haven’t played the game. Suffice to say, at the end of the game there is a setup for a big sacrifice moment, and you have options on who makes the sacrifice depending on your choices. I was planning on sacrificing my main character – which, from what it sounds like, would not have actually worked very well heading into the Awakening expansion pack, or into Dragon Age 2… but anyway, the game took me for a loop. Let me explain.

First, I should say I was playing a female character. I have a character I tend to play, ever since Final Fantasy XI… who was a character from a race which could only be female. Powergaming for the Dexterity points! 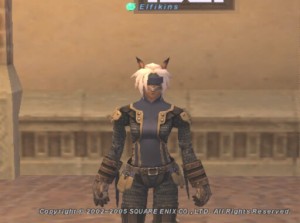 So, I was a female character, and I pursued a relationship with Alistair, the jokester smart-ass character who was so well written throughout Dragon Age Origins.

So at the end, I was maybe reading a bit too much of online strategy, but I was planning on making my sacrifice with my main character, setting it all up. And then, the game still took me by surprise. Despite my best laid plans.

When the moment came, Alistair stepped in, and sacrificed himself for me.

It worked out alright because I could carry my playthrough to the other games, but the experience was emotional. One of my party characters stepped in to save me. Despite my actual intentions for this to not be what happened. And it changed dynamics with other characters, then, with Alistair gone. Made things a bit awkward.

This will definitely be a decision point for Dragon Age Keep. But will it just be a multiple-choice question? “The moment came, and _______ stepped in and saved the day.” With options for a whole handful of characters? It loses all of the emotion, all of the meaning, to just pick Alistair out of a list as a sacrifice. It also loses the meaning if I can just pick myself on the list – the game isn’t interacting then, it is passive. Part of the joy of the games is that your choices do make a difference – even in ways you don’t know, don’t expect, and don’t necessarily choose. Will Dragon Age Keep maintain this sort of experience?

The Complications with Dragon Age 2 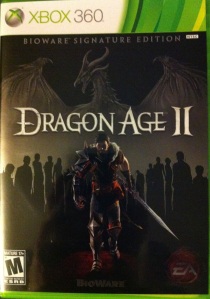 So Dragon Age 2 is one that skipping with a setup like Dragon Age Keep might not be as bad. The game suffers from keeping too many secrets – you don’t know why the plot matters, why it is important, until the very end.

Or, if you were me, you found out while Holly was playing. Suddenly, it changed my entire game trajectory and what I wanted to have happen. I also found out that, while I had kind of recreated my character from Dragon Age Origins and was setup to be much the same, this might not be the best choice.

Because, while Dragon Age 2 is a very different game, and does not directly pull from Dragon Age Origins, those events still mattered. It is the same world. It is immediately afterwards.

And for Dragon Age Inquisition, I think we’re going to be able to get those characters working together.

So this led me to want to play a different class in Dragon Age 2, and I started a whole new playthrough. I actually have not finished this one either – I talked about my problems, my agonies with this, before. Haven’t had a chance to weigh in on my dilemma? Check out the video here: http://youtu.be/-YGjUA3o84Y

So suddenly, what’s happening now is that with Dragon Age Inquisition on the new system, I have lost my motivation to complete a playthrough of Dragon Age 2 at all. It also changes some of my thinking about getting to have our player characters together in one party – are they going to be objects, mere damsels in distress, instead?

So Dragon Age Keep takes away a lot of the joy and desire for replaying the games – something I have done a lot with Mass Effect. However, because the plots of these games don’t follow a single character, in some ways, I feel like Dragon Age Keep might work better than expected. At least ten years have passed in-game – so there’s less feeling that there are recent decisions which matter for the third game. And it’s not a single character’s tale. So there are events which can be told as a story, that can be chosen between and turned into a Dragon Age Inquisition playthrough that won’t be terrible.

So what’s my takeaway? Right now, there’s a couple.

Like, that I have a lot of other X-Box 360 games I still want to beat. Like Final Fantasy XIII-2, which I still have not finished. I haven’t played the 360 Halo games, and want to work through that plot. Portal 2 needs beating. And Diablo 3 comes out on console in a few days – plenty to play on the 360. This is why I don’t feel like we can get rid of our 360 anytime soon – too many games to still play on it! But now, is Dragon Age 2 one less I need to play?

And the other thing this means is that the new consoles don’t have a lot of appeal for us yet. No driving release game, no exclusive driving our decision, and really just no need for one yet. We’ll get one eventually, I’m sure, but really probably not until Dragon Age Inquisition comes out.

At least Final Fantasy XIII-3 – Lightning Returns – is coming out on 360 instead of the new consoles! Like some of the previous Final Fantasy games, it will be one of the last major releases on the console, and will likely be one of the best games made for it, in terms of the use of the technology and graphics.

6 responses to “Save Game Continuity – Dragon Age 3: Inquisition and the New Consoles”