Longmire season 2 started last night, and we don’t have A&E anymore. As part of our attempt to focus in on the things we love, and to save some money at the same time, we have dropped cable, instead watching shows on Hulu, buying seasons on iTunes, and watching more of what people are putting out there on YouTube channels (like we talk about here).

So Longmire is another show we were thinking about buying a season pass for, because it was a lot of fun last season. And it’s got Katee Sackhoff in it being a badass, so that’s good, right?

But we found another way!

The A&E App – Ahead of the Competition? 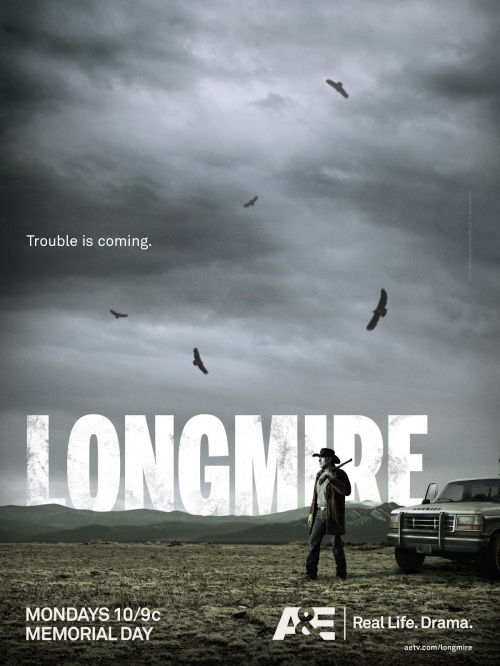 Well, okay, they’re advertising it with the show, so they want people to know. So I guess I’m helping them do so?

On the A&E app, I was able to start watching the episode without paying for anything, without signing in with my cable provider, and with an ad. This is a pretty simple tradeoff. I suppose it’s basically what I get out of Hulu, and just controlled by the network instead of a third party, but it’s still a nice step to see.

After all, a lot of other networks have played around with – or still do – restrict their content to their own apps or website, or pay only, or not online at all.

For instance, we just got access to HBO Go finally through our cable provider in Alaska – yes, we dropped cable, and kept HBO. The movie availability on HBO is pretty decent, and there was access for movies On Demand, but HBO Go has the most availability – including old seasons of most of their shows. Really, for as often as we use it, HBO has been beating NetFlix for us.

CBS finally has their current seasons online, but only if you pay – and quite a bit, too. We can get to them on our X-Box, so not even iTunes, and episodes are expensive, seasons don’t even cost the same as each other…

In a field where you have things like that, having next-day access to Longmire, for free, on the A&E app really impressed me. And we’re totally going to watch it there. And you should too!

One response to “PSA – Longmire”