My Gaming Past – Game Systems, Strategy, and Rebuilding 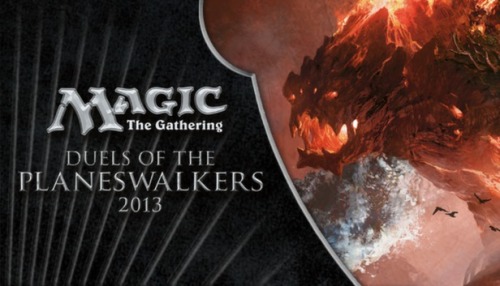 Nope, not playing the app. Not yet, anyway… Image found on http://store.steampowered.com/app/208832/ Though I would probably get the game on my iPad

I have been playing around with my Magic cards recently. Building decks, seeing if people want to play.

Dangerous, I know. Magic is one of those games that can suck up your money, time, and life. However, since I’m approaching it mainly from a place of nostalgia, I hope to avoid at least some of those effects.

Anyway, this has gotten me thinking about my gaming past. I call myself a gamer, but thinking just how far back I have been a gamer, and the different sorts of games I have worked through… well, let’s do a little nostalgia.

This post, I want to talk about how I have moved through various games as a strategic thinker, and how I have engaged with various games and game systems strategically. I think of strategy as building up a plan in advance, as opposed to tactics, which is what you choose to do in the moment, actually playing.

I played Magic in middle school and into high school. Having a group of us that played it together really made middle school an incredibly manageable experience – I don’t have the horror stories others do about that age.

I played a bit in tournaments, but really, what I loved was playing multiplayer games. A whole bunch of people, one winner. It wasn’t much about the winning, though; with more than two players, you actually get to play more of your deck, the game lasts longer, you have to be careful who you attack or piss off, how you leave yourself open to retribution. It was a social experience, and a great means to interact with people as a gamer.

Personally, my time sink with Magic was deck building and deck editing. I loved building new decks, and would often do so nightly, and show up with something new to school the next day. There were so many cards in Magic (which ties in with the money issue…) that there was always something new to do. This is also mainly what I have been doing lately – building decks, so that I can offer them to people to play.

There’s also apparently an app now, and I’ve downloaded the free aspect of it but never opened it. For one thing, I feel like this will lack the nostalgia – I’m assuming it’s new cards, and I haven’t played in over a decade, so I’ve missed a couple and I’m not sure how much I care. Also, I expect that there are plenty of in-app purchases I could make. Dangerous. But maybe worth checking out.

I started playing Magic with my dad, as well, and he and I transitioned from Magic into another tabletop game – Warhammer. This was a game that I did play in tournaments, and which was more fun to play two player than necessarily with more. For one thing, a game in general does go much longer, and has down time you can spend talking and interacting. There was also an incredibly talented and fun group that I played in tournaments with in Denver.

I don’t know that I did all that well. One of my bigger problems was a lack of painting – that was not the reason that I got into the game. There were some incredibly talented painters I knew, and they did not help me feel like my broad-stroke colors were all that interesting anyway. However, a bigger issue for me was sportsmanship.

It was one of the great aspects of Warhammer tournaments that one of the ways you are judged is sportsmanship. I had a Magic-player’s sort of demeanor at first, which is to say, I was intense and a rules-lawyer. I noticed that far more Magic players seemed to play Warhammer 40K – and playing this game may end up far more like playing Magic. But Fantasy was an older crowd, and they wanted to have fun. And I learned a lot about winning – and losing- graciously, all by playing Warhammer. Eventually, I was winning best sportsman in tournaments.

Because building an army in Warhammer is points-based, I could build armies in theory, on paper, without owning the actual miniatures – or having them painted. I could see what worked in my head and on paper before putting effort into painting, or money into buying. Of course, I changed and edited my armies constantly – and of my two armies, have enough models to easily field three times the standard tournament amount. The armies moved with me, but there’s not really anyone else in town that I know of that plays Fantasy… so I am leaving that alone for now.

I love party-based RPGs – I will post more about those later, I’m thinking – and Massively Multiplayer Online Games created a great way to have a party made up of you and your friends. These were getting good when I was in college, and I played a couple with my friends – first, Final Fantasy XI, and then World of Warcraft.

Final Fantasy XI was fun to play with friends. If I were playing it with strangers, I would think far less fun. They were clearly charging for your time – travel times around the world were extreme, between sitting on airships, running around on Chocobos, or just plain running. Worse, though, was how long it seemed to take to form a party – and to do any leveling worthwhile, you had to have a party.

I played with only two other friends, and you needed six for a full party, so we were often hunting. It took so long to find a party, that you wanted to make sure you had some quality time to do things – so a gaming session regularly needed to be 6-8 hours. However, we regularly got comments on running some of the best parties people had been in, and I would think some of my sportsmanship training played into that. Knowing people in the party had goals, helping them, and sticking around instead of bailing when things went bad – these sorts of things paid off.

Then, we moved into World of Warcraft. We got much further in WoW, had more of us playing, and just generally it was great. The various chat options for text, adding vocal options, all of these things… made for a good social experience. You also did not need a full party – so whoever was around could play and do good. You did not have to wait unless you wanted to.

WoW also let me play into my building and rebuilding of characters – much more than Final Fantasy XI. In FFXI, you only got one character, whose class you could change. So you leveled up multiple classes on one character, then you could get a sub-class and mix-and-match powers and strengths. But in WoW, you could have as many characters as you wanted (well, within limits – 50, I think? And only 10 in one realm). And I had a bunch. Trying out different options, different starting areas, different play styles. The constraint then was really just time.

So, after I finally stopped playing WoW – when most of my friends had stopped playing as well – I don’t know what I’ve turned to for my strategic thinking. At least, nothing large or long-term. Holly and I both played a lot of catch-up on the world of gaming after WoW, since it was a huge time sink.

We’ve also had time, then, to get and play a lot of board games – but board games tend far more towards tactics than strategy. Which is fun, but which is also different.

I play a lot of Ascension lately – deck building in-game so that you’re building a strategy with your tactics. A lot of fun, and I love deck building games.

But still, I don’t have an outlet for my build-and-rebuild mentality. I posted the other day that a lot of the new MMOs and other computer games seem to all be coming out on the PC as well, and I don’t have one that can play them. So… any suggestions?

5 responses to “My Gaming Past – Game Systems, Strategy, and Rebuilding”