I had been trying to figure out how to talk about a question that had been bugging me lately. The question: Is geek culture just a culture of consumerism?

Then I saw this video, as Felicia Day introduces Geek and Sundry season 2. And she helped frame it a bit.

So, let’s take this idea, and take it into the future: Geek Culture and Consumerism!

There are two ways to look at consumption. One is that we are eating through the earth’s resources and creating things that get used up and lost. As my previous Science Fiction Today post discusses, with or without excessive consumption, we’re probably going to run out of resources anyway. At least on Earth.

However, as Holly talked about in her post about media criticism, there is another way to think about consumption: culture. We consume culture. And geeks maybe more than others. Maybe a lot more.

Geeks are often early adopters. They watch things. Rewatch them. Share them with friends. Sometimes live in it – create fan art, cosplay, fan fiction, Tumblrs. They hang on to things, or give them to others. I don’t know about reduce, but they sure seem to reuse and recycle.

What does Geek Culture consume?

I think that, as I look at my shelves of books, DVDs, BluRays, video games, board games, card games, electronics… Maybe we consume a bit much. But as I watch a show on Hulu, I consider the fact that, while I am consuming the show, it lacks the physical world objects that use up so many resources. Juneau’s electricity is on hydropower, so my electrical consumption is kind of low.

If geek culture consumes culture itself – stories, art, games, video – that is one thing. But if these cultural artifacts existed all online, or in some other way, where we did not own a physical item… we’d be okay with that.

Things are already moving there, right? Would an older generation have known what a TB of data was? Now we have backup drives that run at least a TB. So much data. Standing in for so many physical DVDs, CDs, heck, floppy disks. I mean, when was the last time you bought a physical CD? With iTunes? Not sure I remember.

I think Felicia Day’s message has some meaning here, though. We should not consume indiscriminately, or just because it is there. The lines can blur easily. I own a Doctor Who bath robe. Because it was there, on ThinkGeek. And it was awesome. Now I need to use it to legitimate its existence.

So, thinking especially of consuming culture, we could avoid so much of the packaging, so many of the things that geeks consume at least, by having solid digital collections. Slowly, things are moving that way. NetFlix, Hulu, iTunes, On Demand services ranging from my cable provider to my X-Box… A culture change here is happening, but if we went all the way, think how we could save things?

But this is still us buying things, is still a culture of products and things. So maybe the better model is a library, a library that functions like NetFlix, like Hulu, like iTunes. Have I maybe been reading Ready Player One? Yes, yes I have. Well, audio-booking it. In Ready Player One, all of human knowledge has been digitized and is available in a single online interface. Some of the best stuff we see with that is what can be done with education. But the point of the plot is the consumption of culture, and especially geek culture. And it is glorious.

What are some pitfalls that this future has?

Well, to continue on thinking in terms of Ready Player One, while the online world is amazing, and contains all of human knowledge, and the ability to create things, and has education space, all of these things… in the real world, scarcity has reared its head; there’s violence, unemployment, poverty, obesity (from spending all of the time online because that’s where the good stuff is)… It’s dystopia. And utopia. Both, in one.

So maybe the giant library of online knowledge doesn’t solve everything.

It could also go poorly depending on who controls what is out there. I’m thinking censorship. Remember a few years back when Amazon had to remove 1984 from everyone’s Kindles? Because that’s not ironic. But if it’s not a physical copy, it’s easier to potentially revoke.

Of course, even the physical copies can be censored. But that requires the world of Fahrenheit 451. Requires someone going through and actively destroying things. Then again, that’s a possible future regardless. But it’s the sort of thing that makes us wary of losing our physical copies of things. 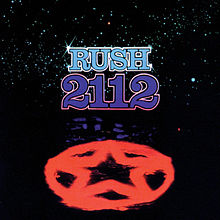 There is another problem of taking all of the world’s knowledge and storing it all up in our great computers. If all the knowledge is in one place, all there… we might just say “well, that’s done,” and sit on it. That’s kind of what happened in Rush’s 2112, with “all the gifts of life / are held within these walls,” on computers, in the temples. Nothing new is created, the best – or better put, approved – things are shared with the public in general, and humanity stagnates.

And then one day, something miraculous. Something new is discovered. That’s what can be hard in a digital world of buying items, limited storage space, and recommendations pointing you towards things most often purchased. We miss out on the rare and random finds, the things that often we enjoy most. And sometimes, it’s just about the discovery. How easy would this be in the digital library of knowledge of the future? Perhaps we will just have to wait and see… it may not be too far off.